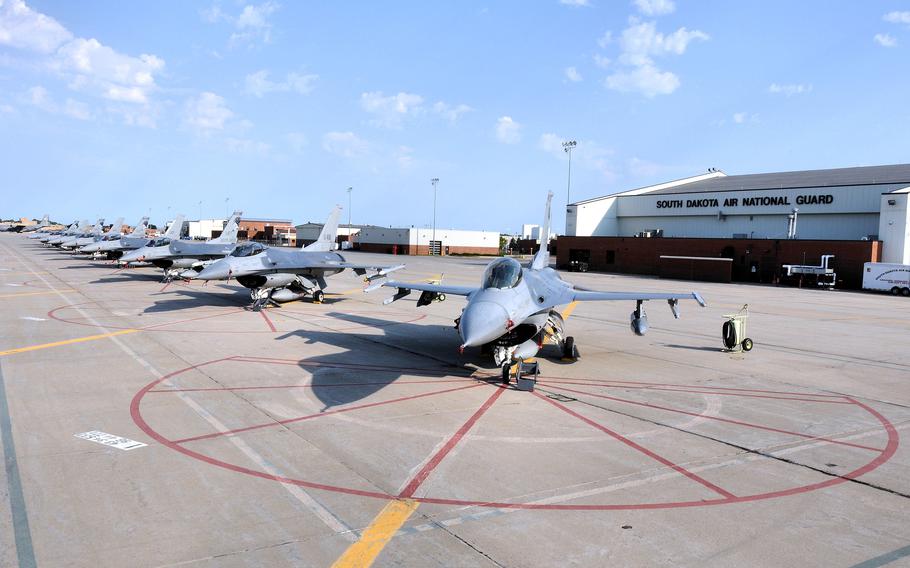 SIOUX FALLS, S.D. — The crew of a South Dakota Air National Guard F-16 fighter jet that slid off the runway while landing at a Sioux Falls airport Wednesday afternoon is safe, authorities said.

The jet from the 114th Fighter Wing overshot the runway at Joe Foss Field about 2:43 p.m. after returning from a routine training mission. Emergency crews responded to the scene, according to Guard officials.

Officials say they are putting together an interim board to investigate the incident. No further information was immediately available.