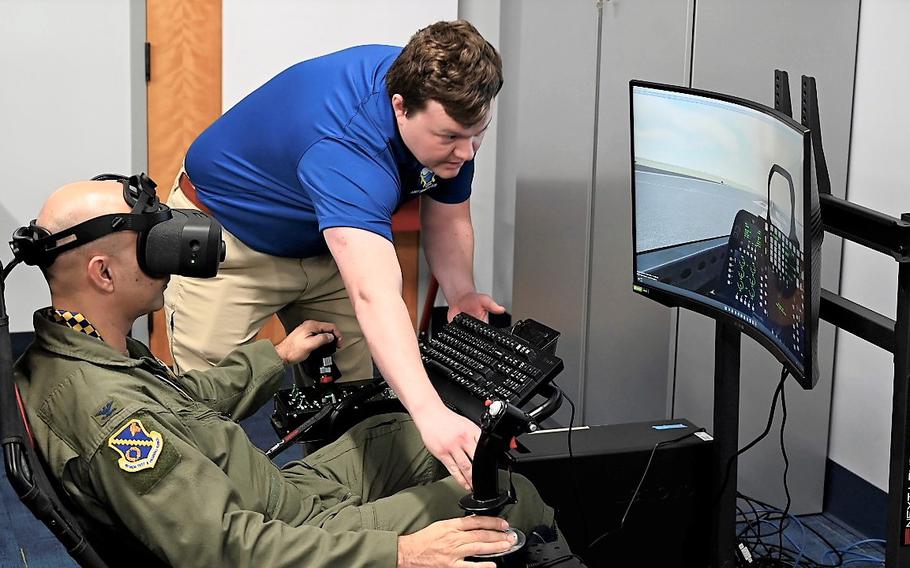 The Agile Combat Support Simulators Division opened the lab — dubbed the "Sims Holodeck," in an apparent nod to the famed fictional Star Trek 3-D technology — with the goal of letting users to explore what the center calls "the next generation of training technology."

Industry and major Air Force commands will find a place at the lab, including the Air Combat Command, Global Strike Command, Air Mobility Command, among others.

Essentially a space with desks, chairs, and workstations, "The Sims Holodeck will be a space that will allow companies to visit and demonstrate their products," said Dylan Greco, Innovation Team program manager.

AFLCMC is responsible for the life cycles of Air Force weapon systems from inception to retirement.

Part of the center's Agile Combat Support Directorate, the Simulators Division acquires and modernizes training systems to "enhance lethality and readiness by growing a diverse workforce motivated to sharpen the warfighter's bite," the center said.

The idea for the Holodeck was brought up through the Agile Combat Support Pitch-In contest in 2019 and was selected as the winner, said Margaret Merkle, lead program manager of the Innovation Team.

Construction began in March 2021, and included installation of commercial and AFNET internet, a layout with moving workstations, a raised ceiling and more.

Audio and video capabilities will be installed this summer, AFLCMC said.