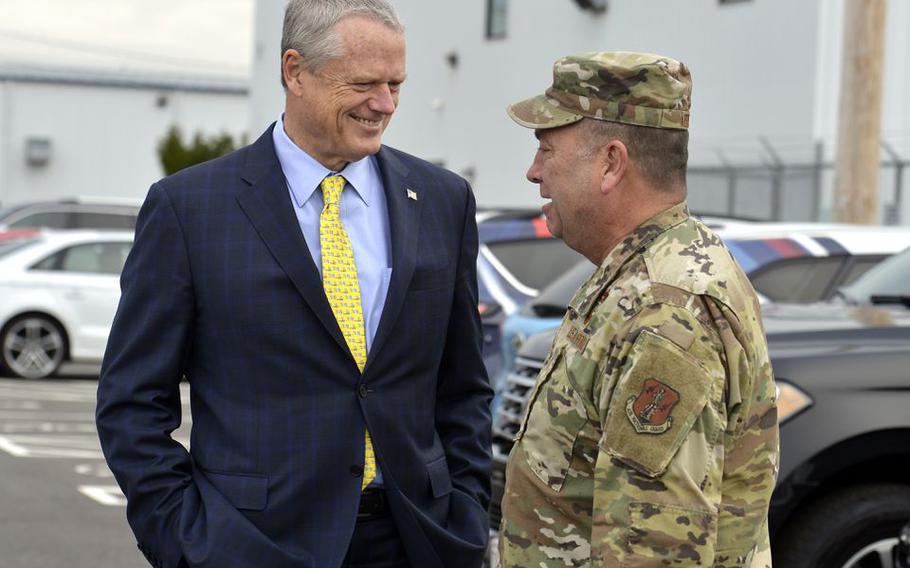 CHICOPEE, Mass. (Tribune News Service) — Can one person direct planes to fly into three different airports from a remote location? What is the best way to fill the shortage of air traffic controllers? What steps can be taken to improve safety at civilian and military airports nationwide?

The University of Massachusetts Amherst is hoping to answer those questions and many more with the official opening of its Aviation Research and Training Center at Westover Metropolitan Airport.

The 8,500-square-foot center was built with $4.75 million in state Military Asset and Security Strategy Task Force money and a $500,000 Buehler Foundation grant that funds the high-tech air traffic control tower simulator. It was proposed a decade ago with the idea of creating a partnership with the civilian airport and U.S. Air Force at Westover Air Reserve Base, said Michael A. Knodler Jr., director of the UMass Transportation Center.

“We are really excited about this particular facility, which really signifies our emergence into air transportation,” Knodler said. “We are excited about unleashing the potential with the creative group of researchers we have.”

Along with research and training for traditional aircraft, the Aviation Training Center will have a division examining unmanned aircraft and drones, he said.

The center’s entrance into the field of air transportation is expected to evolve and may eventually expand to offer a degree in air traffic studies, he said.

One of the top features of the center is the 360-degree traffic control simulator, which can be programmed to replicate any airport in the country. The software allows instructors to create a variety of scenarios that traffic controllers can face, Knodler said.

That simulator can be used in many ways, including offering needed training to current air traffic controllers, teaching people studying the profession and for research, he said.

With the country facing a shortage of air traffic controllers, UMass is also hoping to use it to stimulate interest in the field. For example, Springfield public schools are planning to send about 500 students to the center before the end of the academic year so they can learn about different aspects of transportation and careers in the field, Knodler said.

Westover Air Reserve Base and Air Force officials are interested in the simulator’s training capability and hope to use it to train military personnel from across the country, Knodler said.

The partnership between the air base and the civilian Westover Metropolitan Airport will also assist in research. For example, the center is planning to use a device on the runway to see if there is a way to shorten the distance between takeoffs and landings to increase the number of flights at an airport, he said.

“We are going to be able to answer aviation human factors research questions the likes of which nobody else has the ability to answer,” he said.

Baker said he was proud of the investment in the center, calling it a testament to the cooperative spirit and a “great workforce asset” that will help many airports across the state.

“As the industry continues to evolve, this center will provide the next generation of aviation professionals with the best we can offer in training and research, and will serve as the model for how we can embrace new technology in order to accelerate the creation of new opportunities for both employment and innovation,” Baker said.

The center includes a 40-person classroom and is designed so it can be expanded in the future to add a second simulator. The building, which was completed in February 2021, was constructed during the height of the coronavirus pandemic, Subbaswamy said.

“In celebrating this exciting facility we witness the power of bringing together infrastructure funding from the state, academic talent from the university and steady and growing sponsored research support from the federal government,” he said.

Neal called the announcement “superb,” saying it is good for UMass, Westover, the municipal airport and the city of Chicopee.

“One-third of the aviation undertaking (at Westover) is commercial transport,” Neal said. “It is a very important part of the economy, so I think it is very important that we look after this base, and it has grown and blossomed.”

Kennealy seconded the idea that Westover plays a key role in the region’s economy along with being a vital military base.

“Through this series of investments, we are building on that tradition by leveraging state-of-the-art technology to create new career pathways in important fields and new opportunities for research and innovation in aviation,” he said.