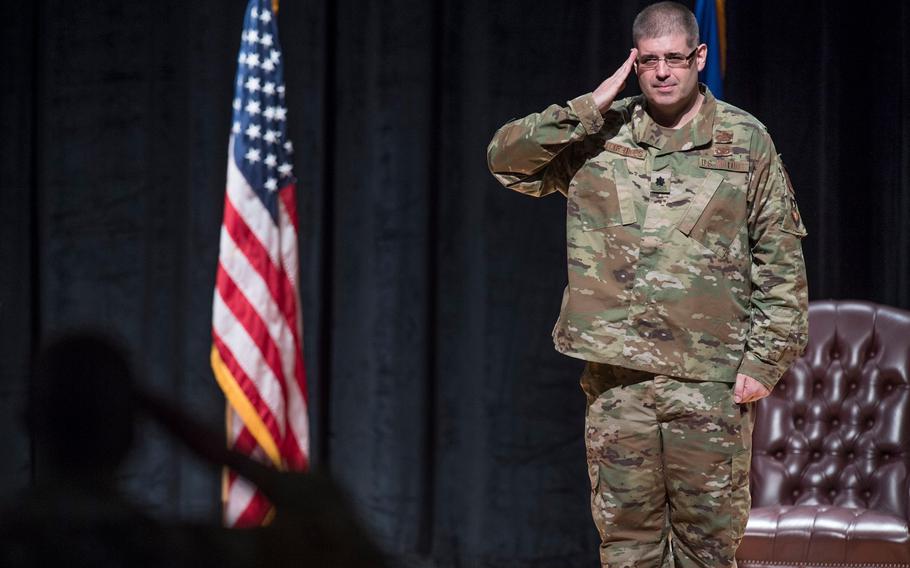 WASHINGTON — The Air Force has fired the commander of its largest combat camera squadron due to the unit’s poor command climate, service leaders said Wednesday.

Lt. Col. Jamie Humphries of Washington state was relieved as commander of the 1st Combat Camera Squadron on Tuesday “following a careful and deliberate assessment of the current command climate,” Air Force spokeswoman Ann Stefanek wrote in an email.

“This decision was not taken lightly and is intended to ensure the squadron has the leadership and management required to foster a positive and productive work environment as the unit conducts its important mission,” she said.

Stefanek did not give further details about the climate at the squadron, which is based at Joint Base Charleston, S.C. She said Brig. Gen. Patrick S. Ryder, director of Air Force public affairs, made the decision.

Air Force combat command squadrons produce photos and videos “in support of classified and unclassified air, sea and ground military operations,” according to the squadron’s website.

“The [squadron] is tasked with providing senior Department of Defense and joint leaders with a directed imagery capability in support of strategic, operational and planning requirements during wartime operations, worldwide crises, contingencies, joint exercises and humanitarian operations,” according to the squadron.

There are two active-duty and one Reserve combat camera squadrons in the service.