Command nominations include assignment changes for Air Force in Europe President Joe Biden has nominated Maj. Gen. Randall Reed, the commander of 3rd Air Force headquartered at Ramstein Air Base, Germany, for a third star and to take over as deputy commander of Air Mobility Command at Scott Air Force Base, Ill., the Pentagon announced Wednesday. (U.S. Air Force)

The U.S. Air Force in Europe is due for some senior leadership changes.

Maj. Gen. Randall Reed, the commander of the Germany-based 3rd Air Force, was nominated for a third star and the post of deputy commander of Air Mobility Command at Scott Air Force Base, Ill., the Pentagon announced Wednesday.

Reed has led 3rd Air Force from its headquarters at Ramstein Air Base since July 2020. France is serving at Ramstein as the director of operations, strategic deterrence and nuclear integration for USAFE-AFAFRICA, a job he’s held since June 2020.

Lt. Gen. Steven Basham is currently second in command at USAFE-AFAFRICA, a post he’s held since May 2019. Lamontagne is now the chief of staff for U.S. European Command in Stuttgart. 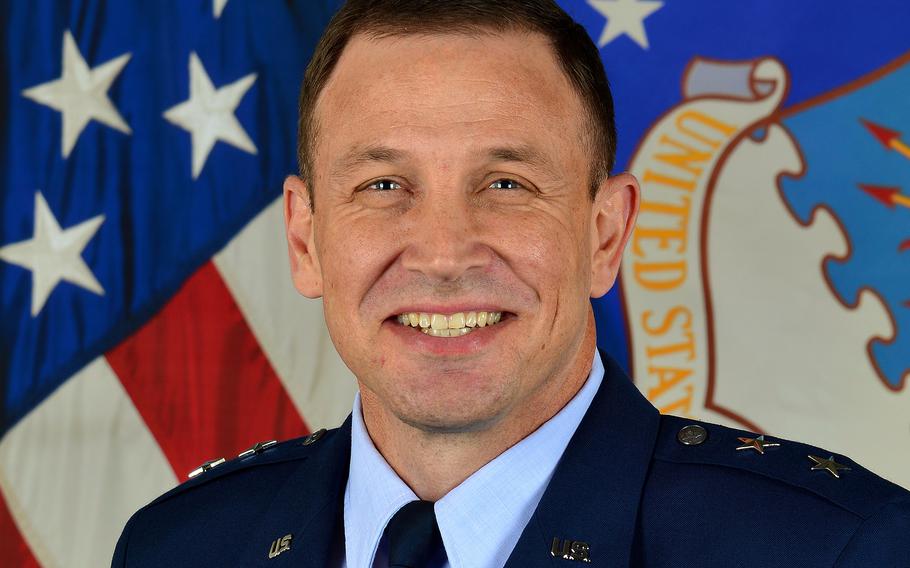 President Joe Biden nominated Maj. Gen. John D. Lamontagne for a third star and to move to Ramstein Air Base, Germany, to be the deputy commander of U.S. Air Forces in Europe – Air Forces Africa. Lamontagne is currently the chief of staff for U.S. European Command in Stuttgart, Germany. (U.S. Air Force)

If Biden’s nominations are confirmed by the Senate, the Air Force also will see changes at the helm of two major commands outside Europe.

Richardson is the service’s uniformed acquisition chief at the Pentagon and would replace Gen. Arnold W. Bunch Jr., who has led Air Force Materiel Command since May 2019.

If confirmed, he would replace Lt. Gen. Marshall B. “Brad” Webb, who’s led the command since July 2019.