(Tribune News Service) — A bipartisan U.S. Senate bill would require the remaining federally owned chimpanzees used in past medical experiments to be transferred to a sanctuary — including 34 housed at Holloman Air Force Base.

Sen. Martin Heinrich, one of the bill’s four sponsors, hopes moving the primates to Chimp Haven in Keithville, La., will bring to close a long, notorious history of experimentation, which was well documented as invasive and often inhumane.

“Throughout my time in Congress, I have been advocating for a humane and permanent solution for chimpanzees housed at Holloman Air Force Base,” Heinrich, a New Mexico Democrat, said in a statement. “We have a moral responsibility to prevent senseless animal cruelty and provide the

34 chimpanzees who remain at Holloman and the numerous other primates housed in similar facilities across the country with a humane living environment, and the best possible care for the remainder of their lives.”

The National Institutes of Health designated the 200-acre Chimp Haven for retiring federally owned chimps from Holloman’s Alamogordo Primate Facility and two other sites after the agency decided in 2015 to quit supporting biomedical experiments on the animals.

The sanctuary now has 300 chimps. About 75% of its funding is federal, and the rest comes from donations.

The bill’s other sponsors are Sen. Tammy Duckworth, D- Ill., and Republican Sens. John Kennedy and Bill Cassidy of Louisiana.

An animal advocacy group lauded the bill, saying it would place the chimps in a setting with forested areas that more closely match their natural surroundings and it would prevent the NIH and others from interfering in their transfer.

“It’s an amazing facility,” said Noelle Callahan, policy and program director for Animal Protection New Mexico. “They’re designed for 24/7 welfare of the chimps. And that’s just not the case in a laboratory environment.”

The bill would override a decision in 2019 by NIH to keep 44 chimpanzees at Holloman’s primate facility because three agency veterinarians deemed them too frail to move to the sanctuary. The population has since dwindled to 34.

Callahan contends the NIH veterinarians never physically examined the chimps. Instead, they went along with the opinions of veterinarians employed by the facility’s contractor, Charles River Laboratories, which is being paid well by the government to tend to the chimps, she said.

The NIH pays Charles River $124 a day per chimp, compared to the $26 a day that Chimp Haven receives, Callahan said, adding the move, aside from being better for the animals, would save taxpayers a lot of money.

A Holloman spokeswoman wrote in an email the Air Force can’t comment because NIH has complete oversight of the primate facility, even though it’s located at the base.

An NIH spokesman said the agency doesn’t comment on pending legislation and emailed a link to a webpage with written statements, including on the NIH decision to keep the chimps at Holloman.

A 2019 statement said NIH veterinarians used defined protocols to assess the chimps and advised the agency it would be a serious risk to their health to move them. As a result, NIH expected the chimps to live out their lives at the facility to ensure their safety and welfare, the statement said.

The chimps have a blend of indoor and outdoor living conditions in structures called Primadomes that allow them to climb and swing, the statement said. “They have strong dependency on their social groups as well as close bonds with their caretakers, from whom they receive excellent care.”

But Callahan said the facility keeps the chimps in much smaller groups than they naturally form in the wild and confines them to a place that was never meant to house them permanently.

This setting was designed to conduct experiments on the chimps, not offer lifetime care, and keeping them in the place where they experienced trauma makes it extremely difficult for them to recover, she said.

The bill also would require transferring about 50 chimps to the sanctuary from the Keeling Center for Comparative Medicine and Research in Bastrop, Texas, and any chimps that remain at the Southwest National Primate Research Center in San Antonio, Texas.

The NIH’s 2015 decision to stop supporting biomedical experiments on chimps came the same year the U.S. Fish and Wildlife Service listed the primates as endangered.

The protected listing was important in ensuring chimps could no longer be lab animals, Callahan said. And the current bill would make sure they aren’t held captive in the labs — a crucial final step, she said.

“While they aren’t being used in experiments right now, they’re still in a laboratory facility that really can’t meet their needs,” she said. 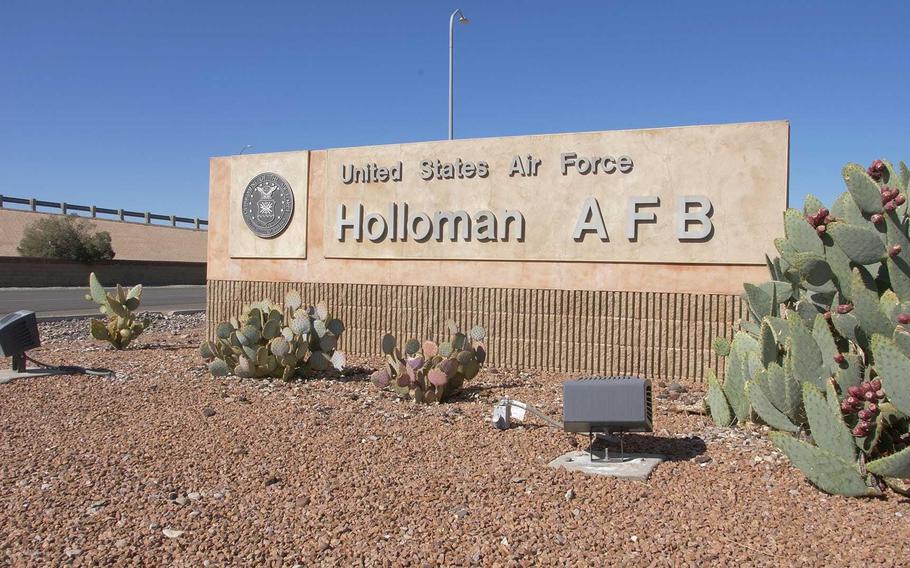