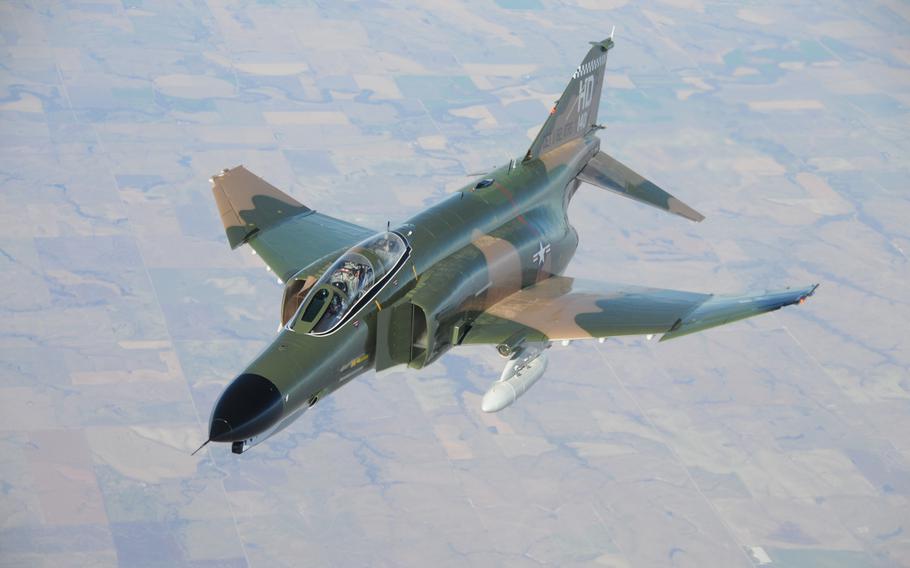 Visitors will have a chance to explore inside the McDonnell Douglas F-4C Phantom II from 11 a.m. to 3 p.m. Saturday, the Air Force Museum said.

The Phantom jet in the museum's Southeast Asia War Gallery was considered to be "an icon of air power in that war," the museum said.

The museum noted that the first Air Force pilot to score four combat victories with F-4s in Southeast Asia was Col. Robin Olds, a World War II ace. The aircraft on display at the museum is the Phantom in which Olds and weapons system officer Lt. Stephen Croker destroyed two MiG-17s in a single day on May 20, 1967.

And on the following Saturday, Presidential Gallery aircraft and exhibits will be featured during "Plane Talks" from 10:30 a.m. to 3:30 p.m., the museum also said.

The Boeing VC-137C SAM 26000 "Air Force One" that returned President Kennedy's body to Washington D.C. after his assassination in Dallas, the Douglas VC-54C "Sacred Cow" that was the first purpose-built presidential aircraft, the Lockheed VC-121E "Columbine III" used by President Eisenhower, and the Douglas VC-118 "The Independence," used by President Truman will be open for visitors to walk through.

In addition, volunteer subject matter experts will be stationed near the aircraft or exhibit throughout the day.

Plane talks happen a few times a year, exploring the development and service history of the aircraft and exhibits on display at the museum.