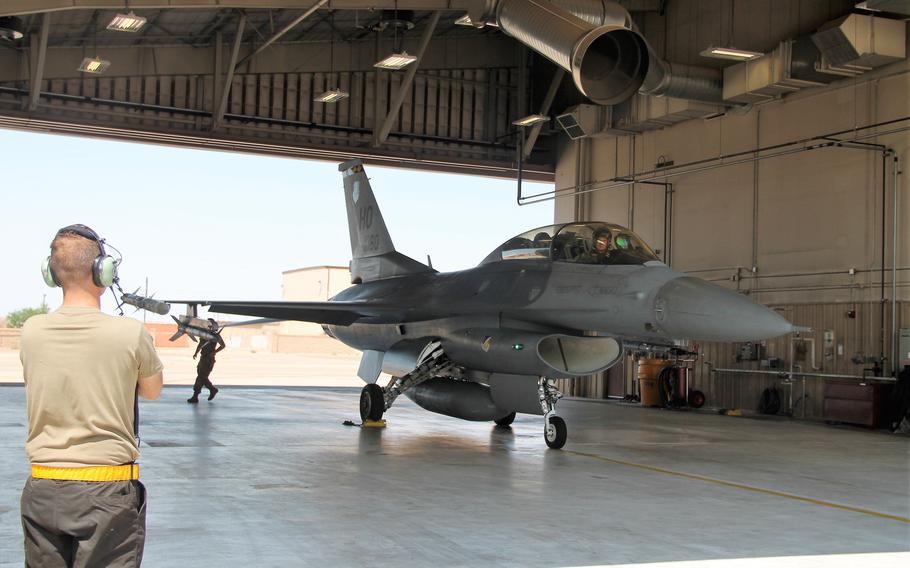 ALAMAGORDO, N.M. (Tribune News Service) — A series of sonic booms thundered over Alamogordo skies at 9:10 p.m. Tuesday night that could be heard as far away as Cloudcroft, Mayhill and Ruidoso.

Following the blasts, the lights of aircraft could be seen in northwestern skies traveling southbound.

The sonic booms were from night flights by Holloman Air Force Base F-16s, according to the Otero County Sheriff's Office.

"We did confirm with HAFB they are flying nights. If you see an explosion or fire please call 911," the Otero County Sheriff's Office wrote in a Facebook post about the booms Tuesday night. "At this time, we do believe the reports of an explosion are sonic booms from HAFB."

"There were F-16s from Holloman AFB flying over the Tularosa Basin last night around 9 p.m. that did produce sonic booms. The F-16s were flying in airspace and at an altitude authorized for sonic events," Holloman Air Force Base spokeswoman Denise Ottaviano said.

A sonic boom is an explosive-like sound made by a shock wave generated when an aircraft travels faster than the speed of sound.