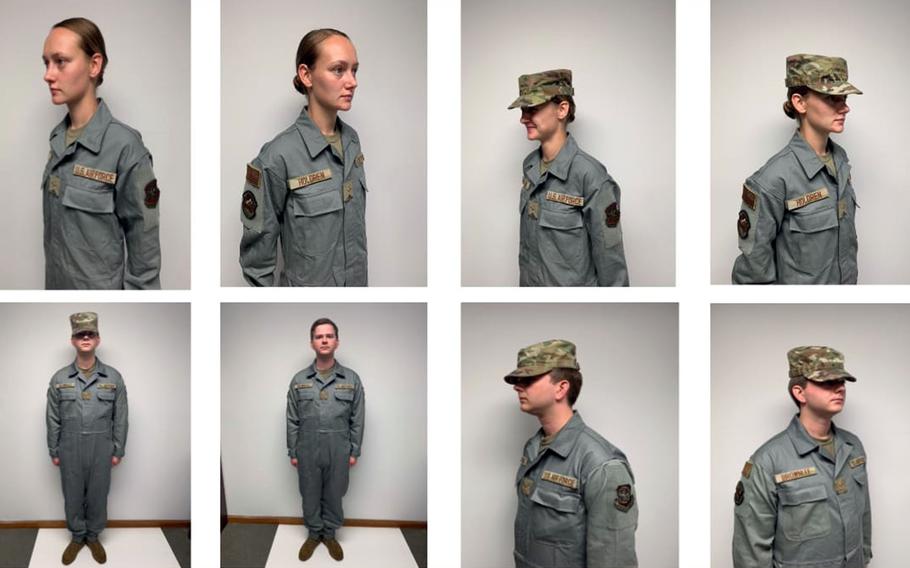 The dress and appearance update, including the policy on when the maintenance uniform is appropriate to wear, came out in February 2020.

No images of the new coveralls were released at the time, just a description of their color – sage.

“I can’t understand the logic in that color,” commenter Terry Vickery wrote Wednesday. “During the entire time, not a single person on the board thought about hydraulic fluid, fuel, grease, sealants, etc … would show up on a green uniform a lot worse than it would on a dark blue or black????”

Only airmen in certain maintenance and other labor-intensive career fields will be permitted to wear the new coveralls. Individual units must budget for maintenance coveralls and unit commanders must authorize their wear, according to the Air Force.

At least eight commenters on the Facebook post described the coveralls as something a janitor would wear; however, one person said the uniform is “a step in the right direction” for getting maintainers the proper gear.

The Air Force said airmen may wear the new maintenance uniform between their homes and workplaces and at all installations, but not in an office or non-industrial setting.