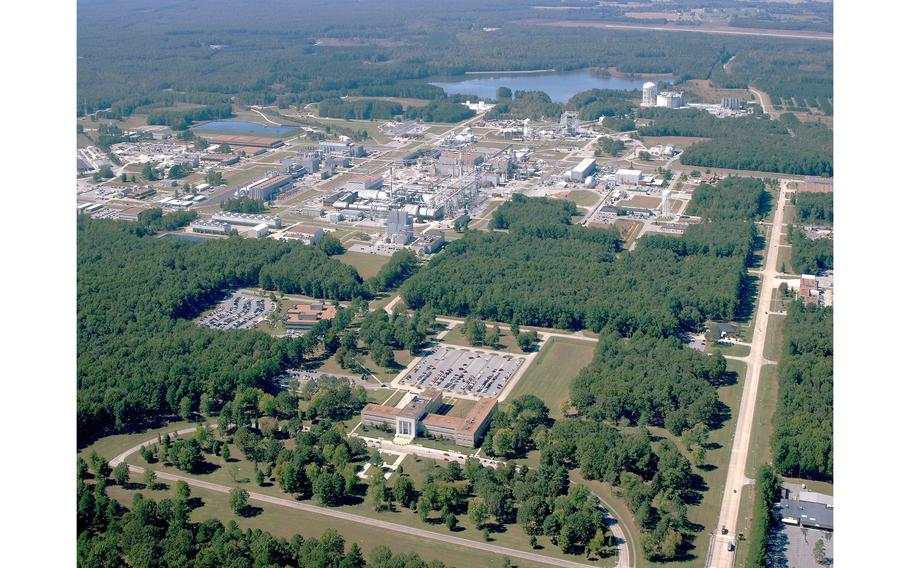 An aerial view of Arnold Air Force Base, Tenn., which is the headquarters for Arnold Engineering Development Complex. The AEDC is modernizing two of its altitude testing cells at the air base’s Engine Test Facility to enable testing of next-generation, full-scale propulsion systems under simulated flight conditions made as realistic as possible. (U.S. Air Force)

(Tribune News Service) — The next generation of military jet engines will be tested at Tennessee’s Arnold Engineering Development Complex as the military facility in Tullahoma undergoes upgrades to prepare for new tasks.

Arnold Air Force Base — or “AEDC” as it is known by the military and most Tennessee residents — is modernizing two of its altitude testing cells at the air base’s Engine Test Facility to enable testing of next-generation, full-scale propulsion systems under simulated flight conditions made as realistic as possible, according to a news release on the work.

The “Next Generation Turbine Engine Test Capability” project is a multiyear effort to update the facility that already has decades of jet and rocket engine testing under its olive-drab belt.

It’s pretty technical work but boiled down it means the two aging testing cells must be restored and improved before they can properly test the latest and greatest in America’s jet technology.

Test facilities like those Arnold is planning are a rarity.

“The next-generation turbine engines may incorporate new technologies that will require test facilities to provide higher inlet temperatures and potentially up to 50% more mass flow than the largest fighter engine in the fleet,” Rick Hutchings, technical lead for the AEDC Future Capabilities Branch, said in a news release.

No other test facilities have “the required capability or expertise to test these new engines, qualify them for flight release and assure they are suitable to operate in the entire flight envelope,” he said.

To do it right, Hutchings said testing facilities need to match jet engine development and that means having the capacity to test at higher temperatures produced by today’s engines. The two testing cells targeted for upgrades no longer fit the bill.

Exhaust gases from jet engine can be up to 3,000 degrees and must be cooled to less than 120 degrees. As new engines with greater flows are developed, the exhaust gas cooling system must be able to cool more exhaust from those same temperatures in the same distance within the facility.

Upgrades include replacing rusted spray bars that cool the exhaust by spraying water into the airflow and the installation of 24 heat exchangers to do more cooling. The exchangers are made of coils of piping for water to flow through, which Jaron Northcutt, the project manager, compared to radiators in cars, providing more surface area with a lower temperature to cool the high temperature exhaust.

The project will give Arnold the ability to “add to a long list of valuable contributions to the nation in the area of aeropropulsion,” Northcutt said in the news release.

The air base’s history of testing jet engines goes back six decades at Arnold, which celebrated its 70th anniversary in 2021. The air base was built on the site of the Army’s World War II-era Camp Forrest, which existed between 1941 and 1946.

“We were designated as the Arnold Engineering Development Center — now Complex — on June 25, 1951, 70 years ago,” the base’s chief of public affairs Jason Austin said Wednesday in an email.

The air base and complex “are really central to the way that we develop air and space power for the nation,” AEDC Test Division chief Col. Lincoln Bonner said in a news release on the anniversary. “Nearly every high-performance aircraft and missile since 1951 in operation today in the Army, Navy, Marine Corps and United States Air Force has part of its roots here at Arnold Air Force Base. And that’s not something that most of the public gets to know or gets to see.”

Since its beginnings, organizations and locations have been added to Arnold bringing the total number of test cells, facilities and offices operated nationwide by base personnel to 68, with more under construction, Bonner said.

The two testing cells to be updated in the project are an example of ongoing work to keep pace with technology.

“Today we continue that legacy as we make investments in the Next Generation Turbine Engine Test Capability project,” Austin said Wednesday.