Air Force Museum to showcase an SR-71, one of the fastest aircrafts 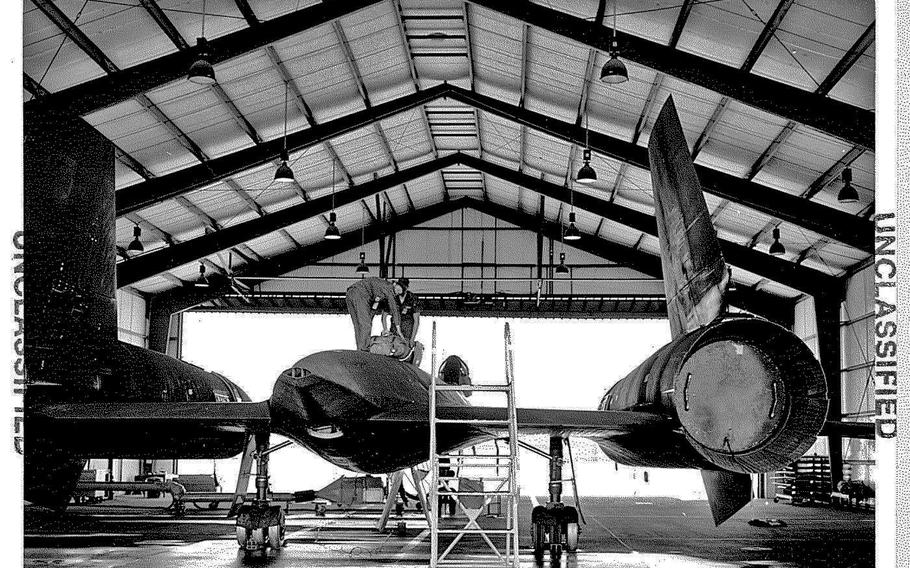 Airmen from the 9th Field Maintenance Parachute Shop install a drag chute on an SR-71 at Beale Air Force Base, Calif., on an unknown date. (Luis Ruiz-Vazquez/U.S. Air Force)

WRIGHT-PATTERSON AFB, Ohio (Tribune News Service) — The National Museum of the U.S. Air Force will offer visitors the chance to look into the cockpit of one of the fastest aircrafts flown operationally in the Air Force this weekend.

The SR-71 "Blackbird" will be on display from 9 a.m. to 5 p.m. Friday and Saturday in the museum's Cold War Gallery. A former SR-71 avionics development engineer; crew chief; and personal equipment specialist and a J58 jet engine test engineer will also be available to speak to visitors about the aircraft.

The SR-71, known unofficially as the Blackbird, is a long-range, advanced strategic reconnaissance aircraft developed from the Lockheed A-12 and YF-12A aircraft, according to the museum.

It has remained the fastest and highest-flying operational aircraft throughout its nearly 24-year career. It could survey 100,000 square miles per hour from 80,000 feet, according to the museum. The aircraft set two world records for its class on July 28,1976: an absolute speed record of 2,193.167 miles per hour and an absolute altitude record of 85,068.997 feet.

The aircraft that will be on display at the museum this weekend flew the first operational SR-71 sortie in 1968 and flew 942 sorties.

The museum may use tickets to cue on-site visitors in the event of long lines. For more information, contact the National Museum of the U.S. Air Force at 937-255-3286.