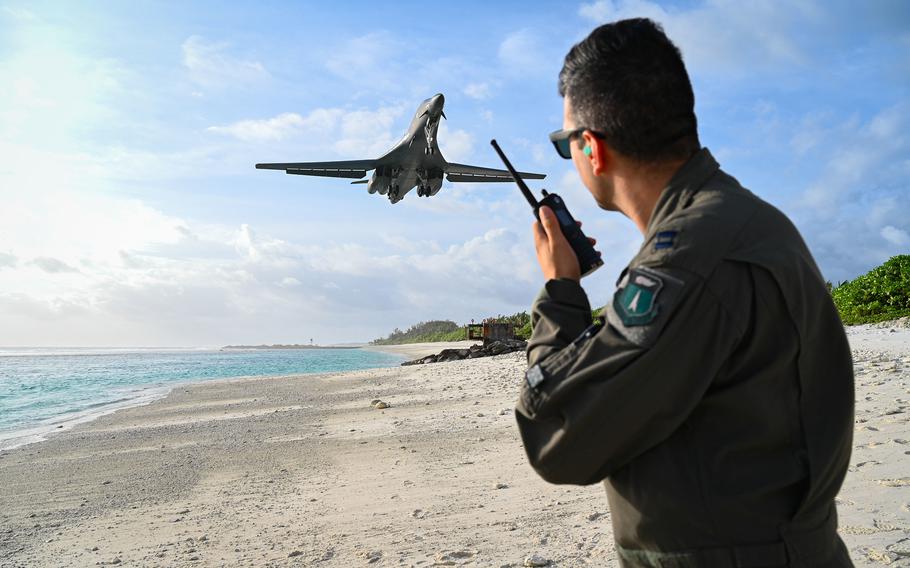 B-1B bombers and about 200 airmen deployed recently to the island of Diego Garcia in the center of the Indian Ocean, the first time Lancers have operated there in over 15 years, the Air Force said Tuesday.

Citing operational security, Pacific Air Forces declined to specify the number of bombers sent to Diego Garcia, which is a territory of Great Britain, or how long the deployment would last.

Airfields in Diego Garcia and Andersen Air Force Base on Guam are key hubs in the Air Force’s effort to maintain a bomber presence in the Indo-Pacific region.

The bomber missions demonstrate America’s commitment to allies and partners through the employment of military force, the Air Force said.

The task force missions are an “opportunity to showcase the unmatched range, speed and lethality of the B-1,” Lt. Col. Ross Hobbs, 37th Bomb Squadron director of operations, said in the news release.

“It’s been over 15 years since B-1s have operated out of this location and the 37th Bomb Squadron is beyond proud to be back,” he said. “We are extremely grateful for the opportunity and well prepared to meet our nation’s call.”

Great Britain forcibly expelled the native inhabitants from Diego Garcia beginning in the late 1960s to establish a military base on the island for British and American forces.

Former inhabitants have sought to regain control of their former home, and in 2019 the International Court of Justice in The Hague ruled that the U.K. had not legally separated Diego Garcia from Mauritius in 1965.

The U.N. General Assembly subsequently ordered the U.K. to help resettle Mauritian nationals to the island.