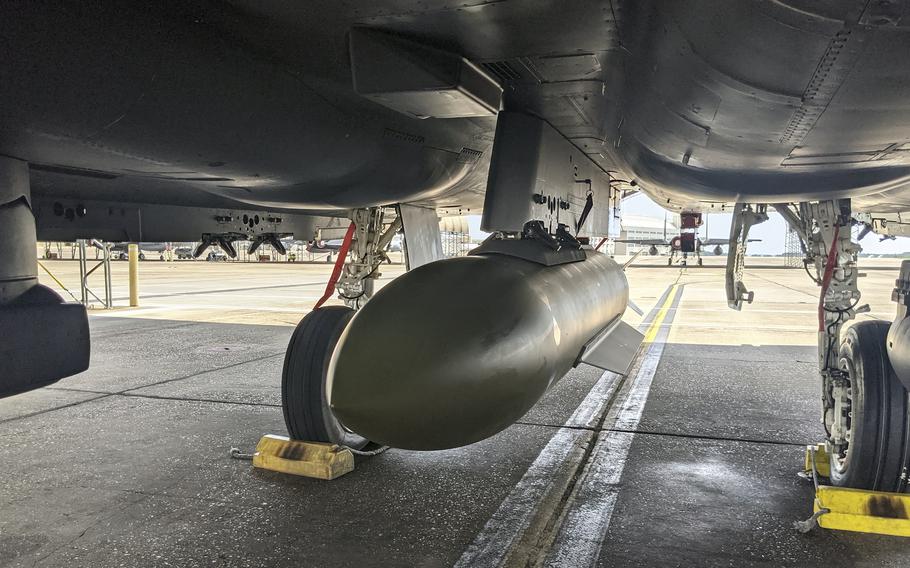 The Air Force is testing a mammoth, 5,000-pound bomb designed using advanced modeling to increase its impact in reaching and destroying hardened underground facilities the likes of North Korea’s ballistic-missile and nuclear-weapons facilities.

An F-15E strike fighter completed a series of three tests Thursday with the GBU-72 Advanced 5K Penetrator dropped at 35,000 feet over the range at Eglin Air Force Base, Fla., the Air Force said in a news release Tuesday.

The series, planned by the 780th Test Squadron and performed by the 40th Flight Test Squadron, began on July 23 and marked the first time the 2.5-ton bomb was loaded, flown and released, the Air Force said.

The tests successfully showed that the weapon could be safely released from the jet that had been modified from its usual capability of carrying a 2,000-pound bomb to one that weighs 5,000 pounds, the Air Force said.

The GBU-72 was also tested during a series of detonations on the ground at Eglin, the largest such “open-air” test ever held at the base’s range, the Air Force said.

The warhead was surrounded by blast pressure sensors and equipment used to count fragments, measurements designed to determine the bomb’s lethality, the Air Force said. 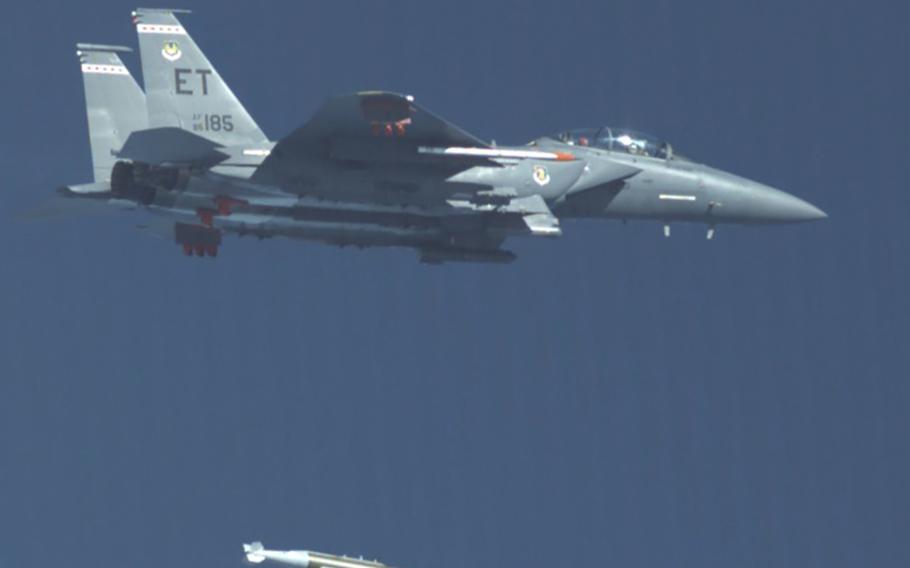 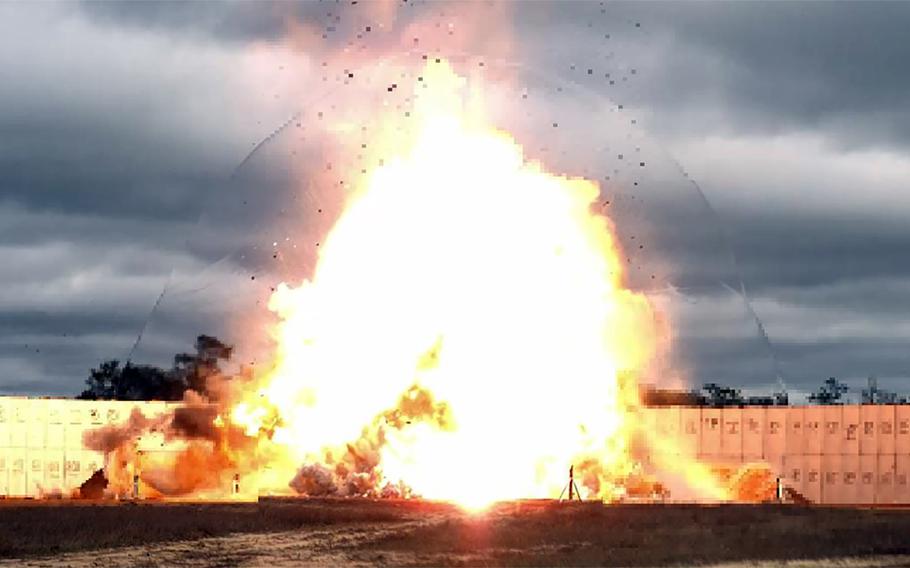 The GBU-72 was developed using advanced modeling and simulation techniques that substantially increase its lethality compared to the GBU-28, a decades-old 5,000-pound bunker-buster bomb, the Air Force said.

The GBU-28 was first used in Iraq during Operation Desert Storm in 1991 and again during the U.S. invasion of Iraq in 2003.

The GBU-72 and 28 are dwarfed by the Air Force’s 30,000-pound GBU-57 Massive Ordnance Penetrator bunker buster, which can only be carried by advanced bombers.

One of the advantages to the modeling and simulation process used in designing the GBU-72 is that the early prototype represents what the actual hardware and software would be when it is mass produced for the field, James Culliton, program manager for the GBU-72, said in the release. “This helps us bring our operational test partners in sooner with eyes on, hands on participation, validating our design and procedures sooner while including input that improves the weapon.”

The GBU-72 is slated to begin operational testing next year, the Air Force said.