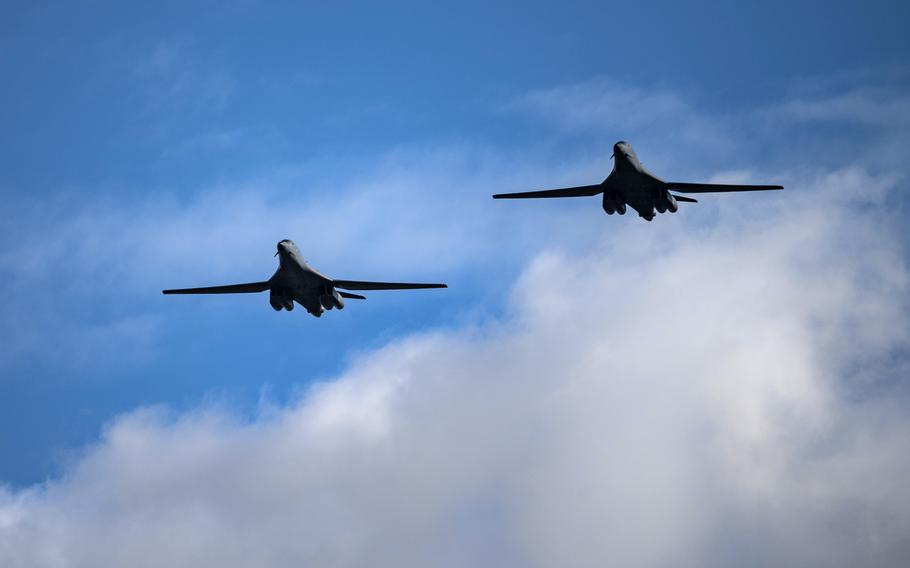 Four B-1B Lancers arrived Wednesday at RAF Fairford in England as part of a long-planned bomber mission to Europe, the Air Force said.

The bombers deployed with 200 personnel from the 9th Expeditionary Bomb Squadron at Dyess Air Force Base, Texas, according to a U.S. Air Forces in Europe–Air Forces Africa statement Wednesday.

The B-1 heavy bomber carries the largest conventional payload of both guided and unguided weapons in the Air Force inventory, according to the service. 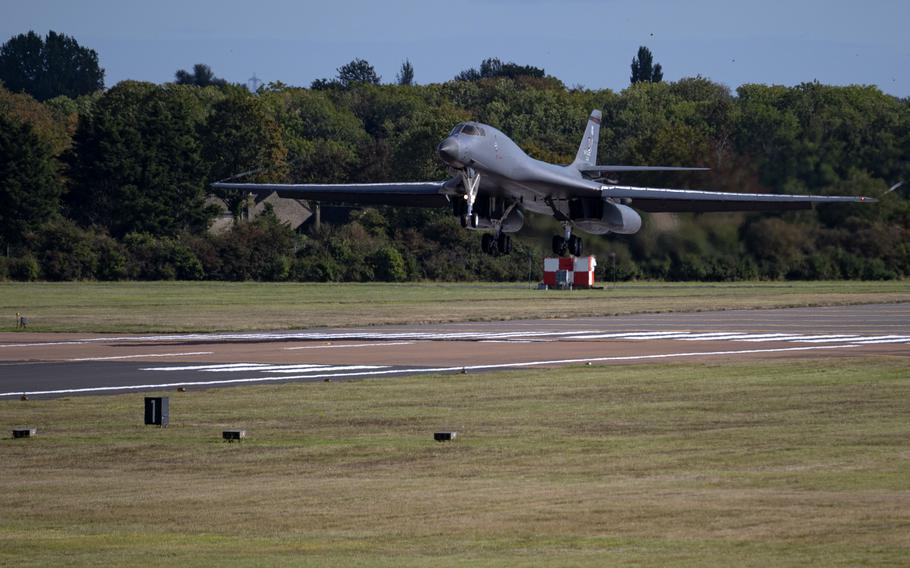 A B-1B Lancer assigned to the 9th Expeditionary Bomb Squadron lands at RAF Fairford, England, Oct. 6, 2021. The B-1, is a multi-role, strategic bomber and carries the largest payload of both guided and unguided conventional weapons in the U.S. Air Force’s inventory. (Colin Hollowell/U.S. Air Force)

The aircraft deployed as part of a regularly scheduled bomber task force mission for U.S. European and U.S. Strategic commands.

Since 2018, EUCOM has been conducting bomber task force missions, which consist of rotations of Lancers as well as B-52 Stratofortresses and B-2 Spirit stealth bombers.

B-1Bs deployed most recently to Europe in March along with B-2s, training with Norwegian and Swedish aircraft and marking the first time a B-1B had landed in the Arctic Circle.