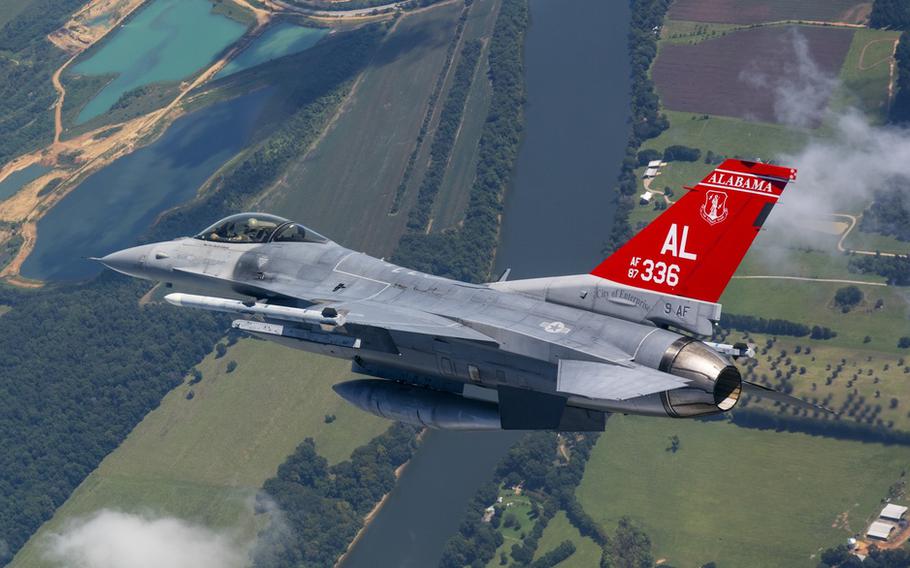 NEW YORK (Tribune News Service) — A single-engine Cessna 182 airplane flown by an Army instructor pilot got an F-16 fighter jet escort out of skies near New York on Tuesday after it flew into a no-fly zone set up for the U.N. General Assembly meeting, officials said.

The small plane was spotted near the George Washington Bridge at about 2 p.m. Eastern time, said the North American Aerospace Defense Command — known by the acronym NORAD.

The Cessna 182, owned by the U.S. Military Academy at West Point, was flown by an Army instructor pilot, West Point said in a statement.

"F-16 fighter aircraft intercepted a small, single engine general aviation aircraft that violated the Temporary Flight Restriction area near #NYC," the agency tweeted. "The aircraft was escorted out of the TFR w/o incident at approx. 2:00 p.m. EDT. #OperationNobleEagle."

The F-16 fighter jet was from the 187th Fighter Wing of the Alabama Air National Guard, which was on temporary duty providing air patrols for the event, according to UPI.

Some Twitter users were quick enough to record the fighter plane as it roared through the sky Tuesday, while others remarked on the noise.

It's not unheard of for small-plane pilots to mistakenly wander into no-fly zones. "It pretty much happens without incident," said Ken Paskar, a New York City aviation professional.

Though the restrictions are published by the Federal Aviation Administration and widely known in the aviation world, some pilots still don't hear about them, said Paskar.

Fighter pilots will signal aviators "to follow land at the nearest airport, and they normally comply ... Usually, they are shocked because they are not aware," Paskar said.

The Federal Aviation Administration is investigating the incident, a spokesperson said.