‘In-flight malfunction’: B-2 stealth bomber is damaged during emergency landing in Missouri 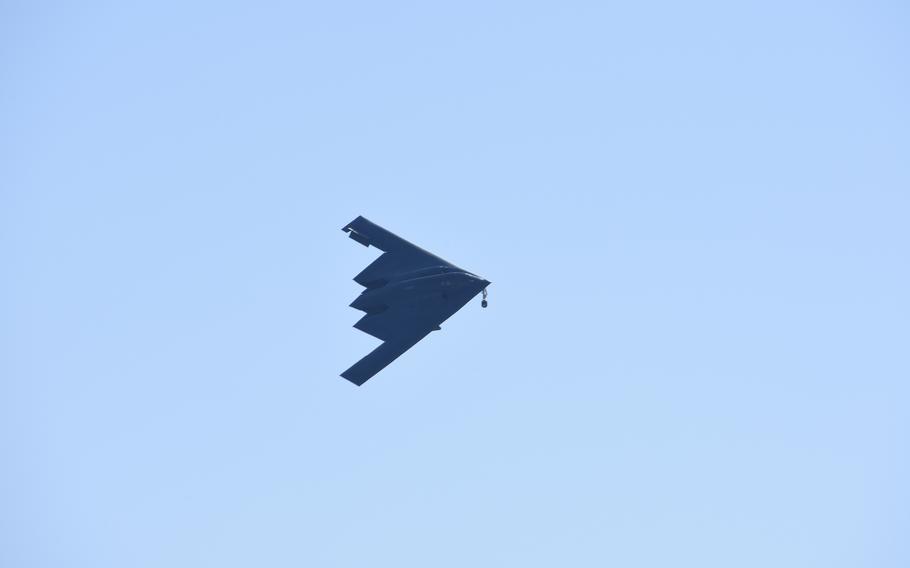 One of the U.S. military’s most high-tech stealth bombers was damaged after making an emergency landing early Tuesday at Whiteman Air Force Base, Mo., according to an Air Force spokeswoman.

The B-2 Spirit was damaged on a runway in the incident at approximately 12:30 a.m., Jennifer Greene, a spokeswoman for the Air Force Global Strike Command, told Kansas City television station KMBC.

The bomber landed after an "in-flight malfunction" on a routine training mission, Greene said, according to the station.

The Federal Aviation Administration temporarily restricted flights around the air base “to provide a safe environment for an accident investigation,” the station reported.

"There were no personnel injuries and no fire associated with the landing," Greene told the TV station. "The incident is under investigation and more information will be provided as it becomes available."

The B-2s, which each cost more than a billion dollars when they entered service in the late 1990s, can carry conventional or nuclear weapons.

The aircraft’s maker, Northrop Grumman, calls the bomber “a key component of the nation’s long-range strike arsenal, and one of the most survivable aircraft in the world.”

The bomber’s unique stealth characteristics allow it to penetrate the most sophisticated enemy defenses. It has seen action in Iraq, Afghanistan, Serbia and Libya, the company states on its website. 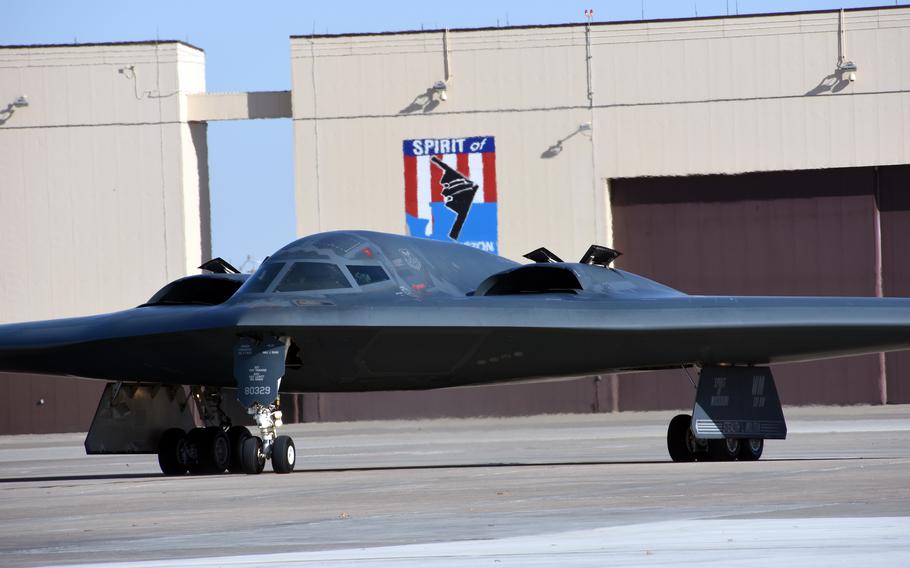 There are just 20 of the two-pilot aircraft on active duty, according to an Air Force factsheet.

A B-2 crashed in February 2008 at the end of a four-month Guam deployment with the 509th Bomb Wing out of Whiteman. The crash was caused by bad computer data, according to an Air Force investigation report released four months later.

Three U.S. B-2s from the 509th deployed last month to Keflavik Air Base, Iceland, for a bomber task force mission, the Air Force announced on Aug. 25.