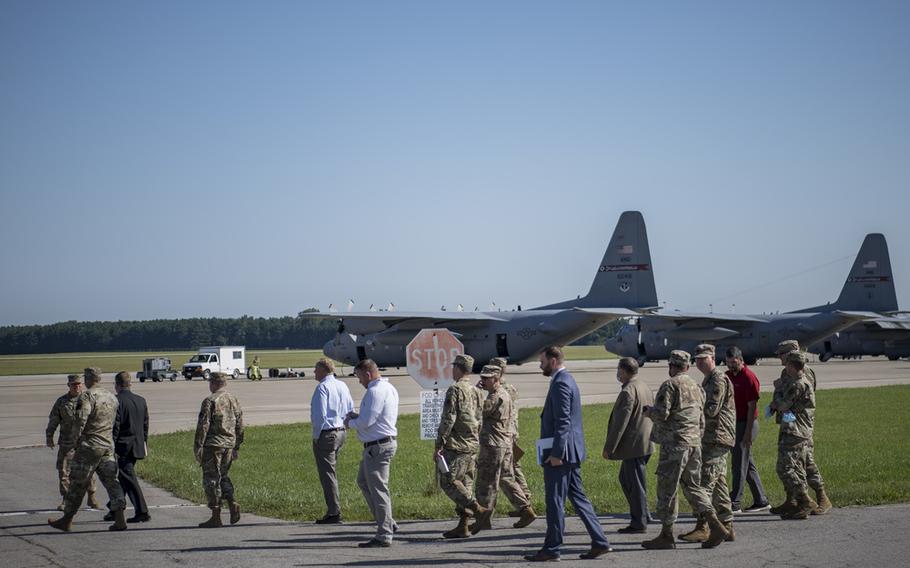 "I spoke directly with the Secretary of the Air Force today who gave me this outstanding news," DeWine said. " Ohio is gaining a leading-edge mission that will strengthen the fabric of the military community and further solidify Ohio as a national leader in cybersecurity excellence. Not only will this new mission bring more jobs into the community, but it will also spur more economic growth and create new opportunities for industry and academic growth. This is a tremendous win for Mansfield and for the entire state."

The new cybersecurity mission in Mansfield will bring an additional 175 positions that are STEM and IT focused and will bolster Ohio's efforts to gain a competitive advantage in the workforce by attracting in-demand cybersecurity jobs.

"This selection will build on the 179th Airlift Wing's legacy of excellence to begin a new chapter in the cyber warfare domain," Maj. Gen. John C. Harris Jr., Ohio adjutant general, said. "The transition to a cyber wing places the Ohio National Guard at the forefront of leveraging cutting edge technologies and capabilities for national defense and mitigating emerging threats."

Ohio was one of two locations under consideration, with the other being the Minneapolis-St. Paul International Airport in Minnesota. Among the criteria considered in the decision were manpower, recruiting, and retention; building capacity and connectivity; environmental; construction costs; and cost of living.

Partners involved in promoting Mansfield as the prime location for this mission include Ohio's Congressional delegation, as well as JobsOhio, the Mansfield Military Affairs Committee, the Richland Area Chamber & Economic Development, Team NEO, and many other local, state, and federal officials.

The Air Force has not yet announced a timeline for the new mission, however the next step is expected to be an environmental assessment of the site.

The DeWine-Husted Administration has made the sustainment and growth of Ohio's military bases and their missions a priority for Ohio. In 2019, DeWine named retired Air force Colonel Joseph E. Zeis Jr. to serve as the first Senior Advisor for Aerospace and Defense, a new, cabinet-level position. That same year, JobsOhio announced the establishment of military and federal as a new industry sector. Community collaboration was essential for attracting the mission, working with the federal delegation and community leaders in Mansfield.

The 179th Airlift Wing has a long and distinguished history that includes that includes the Air Force Outstanding Unit Award; the Alan P. Tappan Memorial Trophy, which designates the outstanding Air National Guard unit in the State of Ohio; and the Rusty Metcalf Award, which acknowledges the unit as one of the best in the entire Air Force.