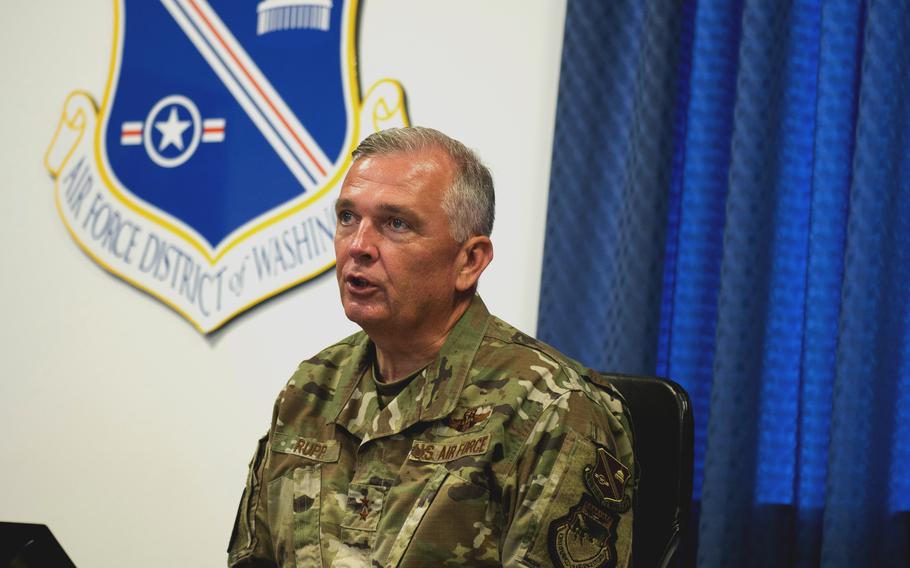 Rupp will be promoted to lieutenant general before assuming his new, dual-hatted commands at Yokota, in western Tokyo, according to an INDOPACOM statement Thursday.

Rupp was previously commander of Air Force District of Washington, D.C., and director of operations at the U.S. Transportation Command, according to the Air Force’s official website.

He was nominated by President Joe Biden on Aug. 2 for promotion to lieutenant general and command of USFJ and 5th Air Force, according to a Defense Department news release.

As a pilot, Rupp has more than 4,800 flying hours in various aircraft, including the C-130, the workhorse airlifter that is the mainstay at Yokota. Rupp has served tours of duty in Iraq and Afghanistan, among other deployments.

He holds a bachelor’s degree in accounting from Southwest Texas State University and a master’s in applied science, aeronautical science, from Embry-Riddle Aeronautical University, along with other post-graduate degrees.

Rupp will take over from Air Force Lt. Gen. Kevin Schneider, who has led USFJ since February 2019, during a period of increased tension with China and challenges caused by the coronavirus pandemic.

USFJ oversees 50,000 American troops stationed in Japan and the 5th Air Force is its air component. USFJ is also a go-between with Japan for the U.S. military.