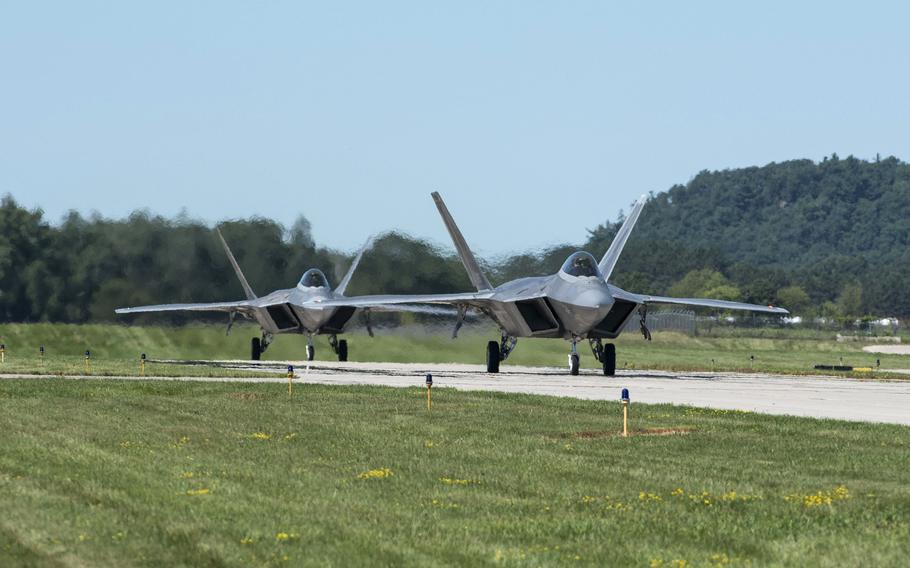 CAMP DOUGLAS, Wis. (Tribune News Service) — The annual Northern Lightning Counterland training exercise is now in progress at Volk Field near Camp Douglas, with military officials saying central Wisconsin residents can expect to see increased air traffic and should expect the possibility of supersonic booms as more than 1,000 military personnel and 60 aircraft participate in the exercise.

"We are thrilled to once again to host the annual Northern Lightning exercise at Volk Field," said Lt. Col. Ben Staats, the exercise director. "Northern Lightning has evolved into one of the finest exercises in the nation, simulating offensive counter-air and surface-to-air attacks. Our goal is to provide a joint environment where units from multiple branches of the U.S. military can work together to accomplish training that is essential to their operational readiness."

Juneau and surrounding counties can expect to see heavier aircraft activity than usual during the exercise, with some aircraft traveling at supersonic speeds during the mornings and afternoons. Aircraft will participate in exercises from 9:30 a.m. to 4 p.m., though Capt. Joe Travato of the Wisconsin National Guard said flight times are subject to change.

"We are grateful for the continued support and understanding of Central Wisconsin communities as we train to protect our nation and simulate combat conditions," Staats said. "Northern Lightning Exercise tactical maneuvering includes the occasional requirement for supersonic travel within FAA and military guidelines. This means that people in the military operating area — a 55 by 200 mile area over Central Wisconsin — may hear sonic booms during daily flying hours."