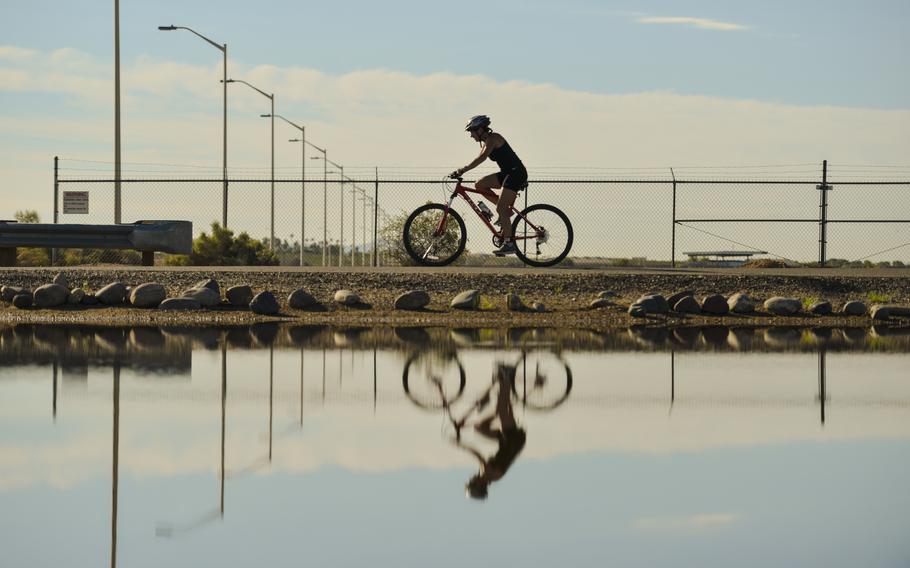 GLENDALE, Ariz. — A filtration system to treat contamination in a water company's wells near Luke Air Force Base has been completed and customers will be able to resume using water from their taps, the Air Force announced Wednesday.

Residents and businesses over the next several weeks will receive information on shutting down the free deliveries of bottled water provided by the Glendale base since the February discovery of chemicals from firefighting foam in water from Valley Utilities Water Co. wells, a Luke statement said.

Residents can continue the deliveries of bottled water at their own cost, officials the statement said.

Similar contamination involving the chemicals linked to cancer and other health problems has been found in water supplies near dozens of military sites in Arizona, New Mexico, Colorado and other states, triggering hundreds of lawsuits.