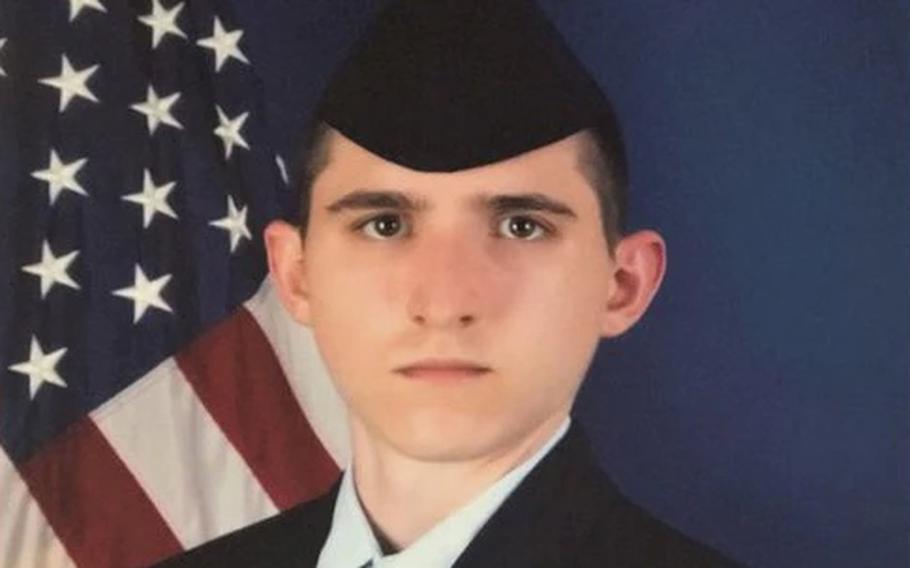 BILOXI, Miss. (Tribune News Service) — A civilian contractor charged in the fatal wreck that killed one airman and critically injured three others at Keesler Air Force base had taken the herbal supplement kratom and had marijuana in his system at the time of the crash, documents show.

That and other information came out in a criminal complaint against Emmett J. Bennett, a 24-year-old Biloxi man charged with involuntary manslaughter and operation of a vehicle while impaired and resulting in death.

FBI special agent Hallie T. Ivy filed the complaint. The FBI, the Air Force Office of Special Investigations, Air Force Security Offices and the Biloxi Police Department handled the investigation. The FBI has jurisdiction because the wreck took place on federal land, and the contractor is a civilian employee.

The fatal crash that took the life of Keesler airman Daniel J. Germenis, 20, happened shortly after 1 p.m. Wednesday after several witnesses spotted Bennett driving a Ford F-150 pickup truck erratically and speeding at the Air Force base in Biloxi.

Bennett later spoke to investigators and told them he had taken one shot of the herbal drug kratom during a noon lunch break and had ingested 10 of the kratom pills around 10 a.m.

Kratom, which is banned in various state but not in Mississippi, is a controversial herbal supplement that supporters claim is a natural cure for various illnesses and alleviates opioid withdrawal symptoms.

Federal authorities have long pushed to make the supplement a Schedule 1 or 2 controlled substance because of its mind-altering effects.

Witnesses reported seeing Bennett acting strange prior to the incident, “getting into and out of his vehicle and cursing for no apparent reason.”

The fatal crash occurred about about a mile from where witnesses first spotted him.

Bennett allegedly was speeding and narrowly missed another crash before his pickup truck crossed the northbound lane of Ploesti Drive and struck a light pole.

After that, the complaint says, Bennett’s vehicle hit the four airmen on the walking track. 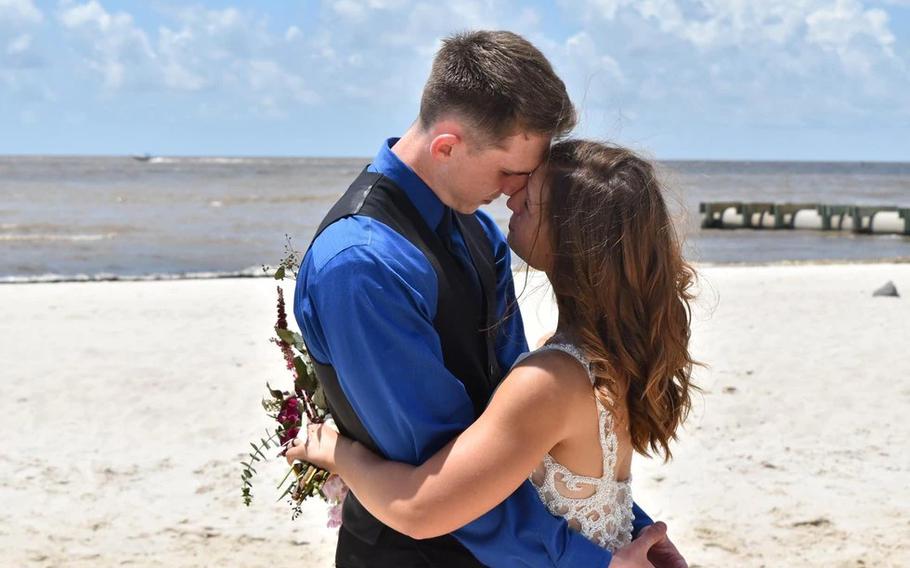 Airman Daniel Germenis, who was killed during a traffic accident at Kessler Air Force Base Wednesday, July 28, 2021 married his wife Verity on June 26, 2021. (WTOK)

Germenis was dragged about 100 feet, and the truck stopped about 180 feet from the point of impact, the report says.

After that, the complaint says, Bennett got out of his vehicle and walked over to Germenis who had been dragged by the pickup truck and started “shaking” him in an attempt to “wake him” up.

Germenis, who celebrated his one-month wedding anniversary two days before the tragic accident, later died at Keesler Medical Center, and the others suffered critical injuries. He was assigned to the 336th Training Squadron.

“Team Keesler is devastated by the passing of one of our Airmen,” said Col. Bill Hunter, 81st Training Wing commander. “Every airman matters at Team Keesler and has a vital role in our mission in support of national defense. We express our deepest sympathies to Daniel’s family, friends and Training Group team. He will be deeply missed.”

When it first started, the officer said, Bennett was “initially nodding off and falling asleep during field testing” but about 39 minutes later “a stimulant of some kind kicked in and Bennett was pinging around the room.”

The stimulant is believed to be kratom.

Bennett had an initial appearance in federal court in Gulfport after his arrest.

“The airmen of the 336th Training Squadron at Keesler Air Force Base are devastated by this tragedy,” Lt. Col. Ken Hirose, commander of the training squadron, said in a release. “Daniel was a model Airman who was well-known throughout the organization for his enthusiasm and joyous spirit. He was a wingman to all of us and our thoughts are with his family.”