(Tribune News Service) — The organization advancing human performance for the Air Force has a new commander.

The wing is headquartered at Wright-Patterson Air Force Base.

Maj. Gen. Heather Pringle, AFRL commander, presided over the ceremony. She noted that Andrus is a flight surgeon and family physician in the field of aerospace medicine, who was part of the team that responded to the October 2000 suicide attack on the USS Cole.

Seventeen Navy sailors were killed and nearly 40 injured in that attack.

“The crucible of conflict, or some kind of difficult challenge, brings a team together like no other,” Pringle said.

Pringle recounted highlights of Andrus’ nearly 33-year Air Force career, including his command roles. “You’re getting a great advisor, a great strategic thinker and a great leader in Brig. Gen. Andrus,” she told listeners at the museum.

Andrus called the 711th an “operational powerhouse” that is “well known across the globe.”

“I’ve been awed and amazed by this organization my entire career,” he said.

The wing’s mission is to assure and maintain an Air Force advantage in air, space and cyberspace by pushing human performance. The organization is made up of two mission units — the Airman Systems Directorate and the Air Force School of Aerospace Medicine.

“This is an organization that educates and answers questions — that’s basically the mission,” he said.

The one-star general, who entered the Air Force in 1988 through the Uniformed Services University, is a chief flight surgeon with more than 900 hours, primarily in C-130E, C-9A, C-17A,C-5A and T-1A aircraft.

The wing was formed and found a home at Wright-Patterson as result of the 2005 BRAC or Base Realignment and Closure Process. As a result of that BRAC, the School of Aerospace Medicine moved from Brooks City-Base in San Antonio to Wright- Patterson in 2011. 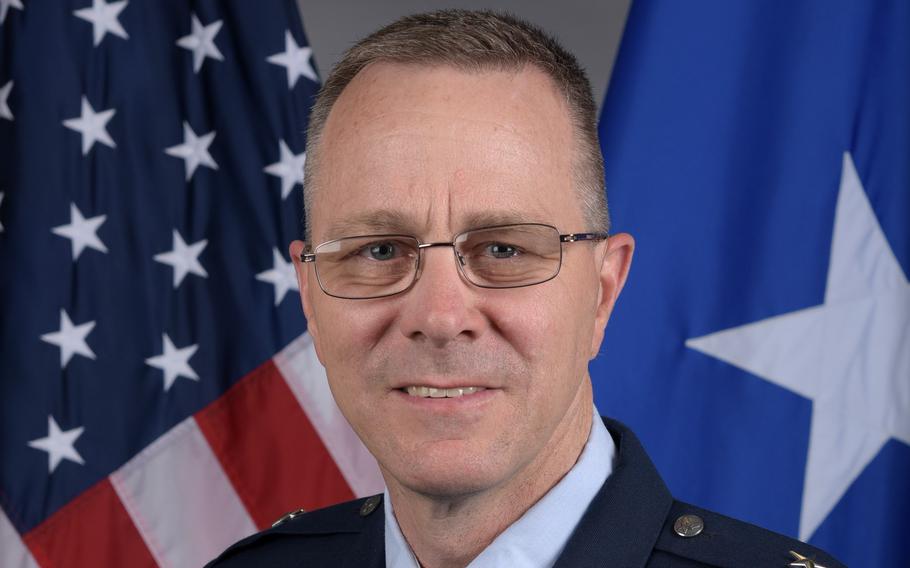