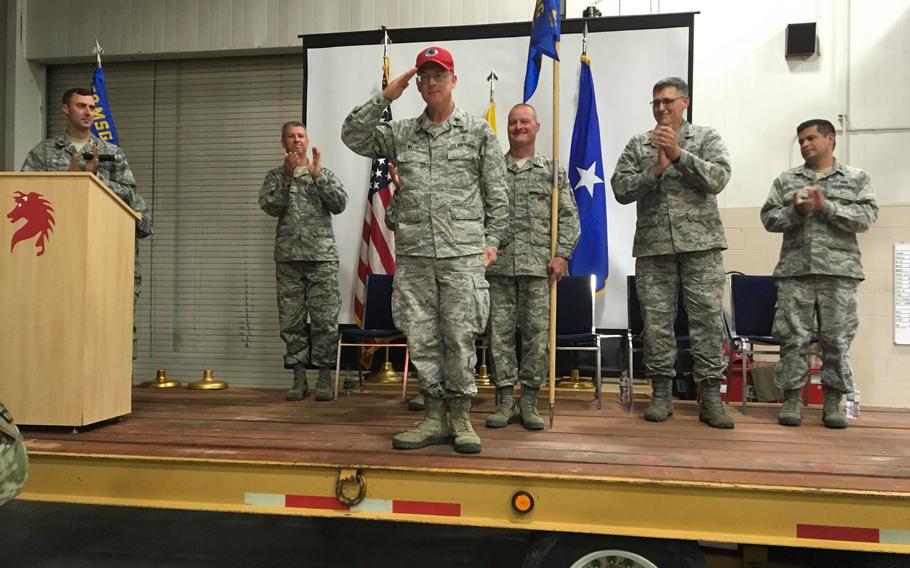 An Air Force lieutenant colonel in charge of a heavy-construction unit in Qatar died Saturday in a noncombat incident while deployed in support of the coalition battling the Islamic State, the military said.

Lt. Col. James C. Willis, 55, of Albuquerque, N.M., died at Al Udeid Air Base, Qatar, the Defense Department said in a brief statement Sunday that provided no further details. The incident is under investigation, it said.

“The entire New Mexico National Guard is deeply saddened by the loss of Lt. Col. James Willis,” said Maj. Gen. Ken A. Nava, the state’s adjutant general, in a Facebook post Sunday. “Our heartfelt condolences go out to his family, friends, and the unit. Please keep all of them in your thoughts and prayers during this difficult time.”

The Red Horse unit deployed to the Middle East this spring, the 150th Special Operations Wing said in an April statement after the group completed combat skills training and quarantine at Fort Bliss, Texas, and departed for their overseas mission.

The squadron provides civil engineering with rapid-response capabilities to conduct operations in remote, high-threat environments, the 150th SOW website said. It is self-sufficient and provides heavy repair capability and construction support for activities such as rebuilding airfield runways damaged by attacks.

Willis took command of the 130-member squadron in late 2018, his command biography said. Before that, he had commanded the 150th Civil Engineering Flight.

A 1993 graduate of Cal Poly in San Luis Obispo, Calif., he was commissioned in 2002 and had been sent to Israel, South Korea, the U.S. Virgin Islands and throughout the U.S. for construction projects, disaster relief and weapons of mass destruction training and response, the biography said.