The two discussed the move with U.S. Air Force Lt. Gen. Richard Scobee, chief of Air Force Reserve, who oversees all Air Force Reserve units across the globe. He also advises the Air Force's secretary and chief of staff on reserve matters.

The meeting comes after Grissom last month became one of six reserve bases being considered for a fleet of a dozen KC-46A Pegasus aerial refueling and transport aircraft. The Air Force has already selected four other bases that will serve as main operating centers for the aircraft.

The new planes are larger and more efficient and carry 212,300 pounds of fuel. They would replace the older KC-135 Stratotankers, which were first purchased by the Air Force in 1954.

The new aircraft would also bring a total of 190 new jobs to the base, including an associate squadron of around 175 active-duty airmen. If Grissom is selected for the aircraft, it would bring the first active-duty Air Force unit to the installation since it realigned as a reserve base in 1994.

Walorski said that during the meeting with Scobee, she was able to share the advantages of bringing the planes to Grissom and also gained insight into how the Air Force plans to select which base gets the unit.

"I have no doubt that selecting Grissom for this vital mission would be good for the U.S. Air Force, good for Miami County, and good for our national defense," she said in a release.

Holcomb said the base plays a vital role in the country's national security, and bringing the unit would be an economic boost to the county and state.

"Selecting Grissom to become the fifth KC-46A Main Operating Base would mean more jobs and opportunities in Miami County," he said in a release. "I appreciate Rep. Walorski and Gen. Scobee meeting with me to discuss this unique opportunity for Indiana."

The meeting with Scobee comes after Indiana's congressional delegation last month sent a letter to the secretary of the Air Force urging him to consider Grissom for the Pegasus fleet.

The delegation, which is made up of all of Indiana's U.S. representatives and senators, said the base is in proximity of refueling tracks and airspace availability, which boosts mission effectiveness.

The letter said Grissom also has ample capacity to support additional aircraft, including hangars, its runway and ramps, and is located in a low-cost area with minimal environmental concerns.

"What sets Grissom apart is its impressive history of operations and maintenance excellence, which allows it to excel in its strategic mission," the letter says. " ... Grissom boasts one of the highest mission completion rates in the country.

Jim Tidd, executive director of the Miami County Economic Development Authority, said Grissom competed for the new aircraft three years ago during the first rounds of site selections, and the base came in second place. Now, he's hoping to land the planes and squadron this time around.

The agency is now compiling extensive data on the surrounding communities to show how they could support and promote the squadron, as well as getting local and state government units to pass resolutions in support of Grissom.

Tidd said his organization has brought on a professional consulting firm to help in its campaign, which also includes working with the area's chambers of commerce.

He said the base must file its report to the Air Force by July 25. The Air Force will announce which base gets the planes sometime at the end of September.

The Air Force said site surveys at each candidate base will be conducted this summer and will be assessed against operational requirements, potential impacts to existing missions, housing, infrastructure and manpower. 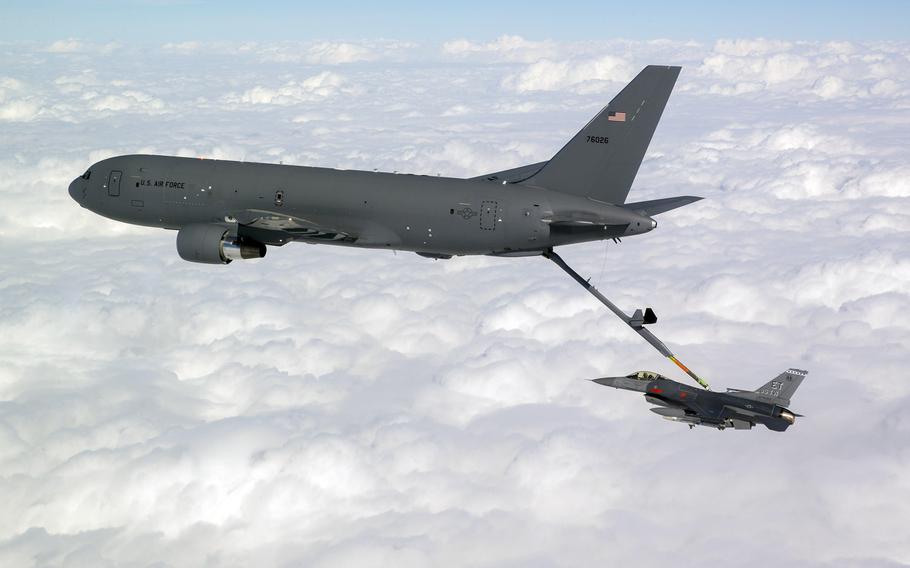