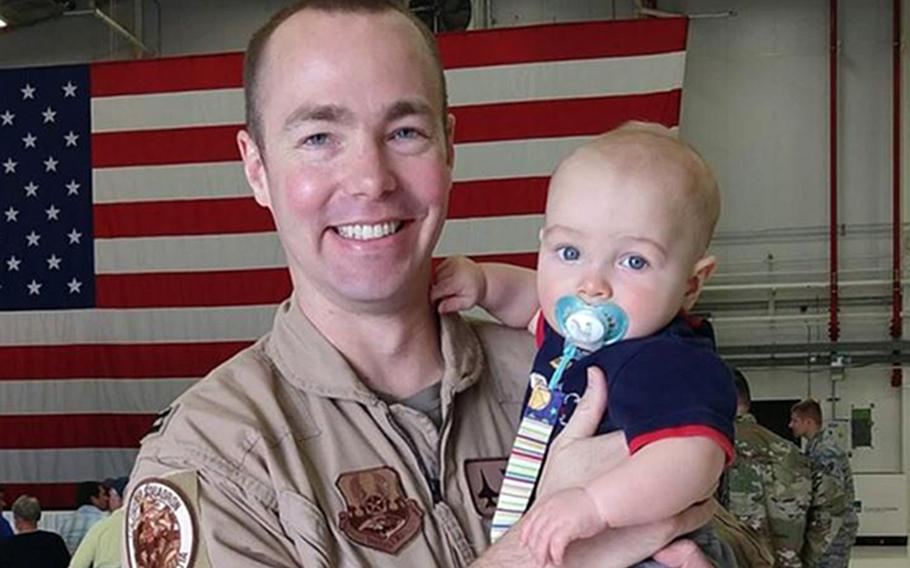 Air Force Capt. Durwood "Hawk" Jones was killed when the F-16 that he was flying crashed into the Hiawatha National Forest during a nighttime training exercise in Michigan in December 2020. An Air Force investigation said spatial disorientation while Jones was trying to fix a problem with the fighter jet's GPS system caused the crash. (Wisconsin Air National Guard)

A Wisconsin Air National Guard pilot who died when his F-16 crashed in Michigan during a nighttime training exercise in December had become disoriented after trying to fix a problem with his global positioning system, an Air Force accident report said.

“The cause of the mishap was the [pilot’s] failure to effectively recover from spatial disorientation,” Brig. Gen. David W. Smith, president of the Air Force Accident Investigation Board, said in the report released Wednesday.

Capt. Durwood Jones, 37, died when the F-16C he was piloting in an exercise involving one other F-16 fighter jet crashed into the Hiawatha National Forest in northern Michigan, the National Guard said in a statement in December.

Because the plane was totally destroyed in the crash, accident investigators had to rely on radio communications, radar data and witness testimony to compile the report.

The crash occurred during a practice mission that was supposed to include an air-to-air intercept of a Cessna aircraft operated by the Wisconsin Civil Air Patrol. But the CAP canceled the intercept because of poor weather conditions. The two F-16s instead conducted a practice scramble on a backup instrument profile, the report said.

Shortly after takeoff, Jones reported to his wingman that his GPS was not receiving satellite tracking data, and said he was initiating an inflight alignment of another navigation system.

While Jones was troubleshooting the GPS issue, he entered a weather system and lost visual contact with the other F-16.

After the two pilots established where they were in relation to each other, Jones’ F-16 “went into a series of heading, altitude, and attitude changes … culminating with an extreme attitude” that resulted in the crash at 7:17 p.m., the accident report said.

The only checklist Jones had access to when he was conducting the inflight alignment, or IFA, did not include a note to say GPS satellite tracking data is necessary for the maneuver, the report said. 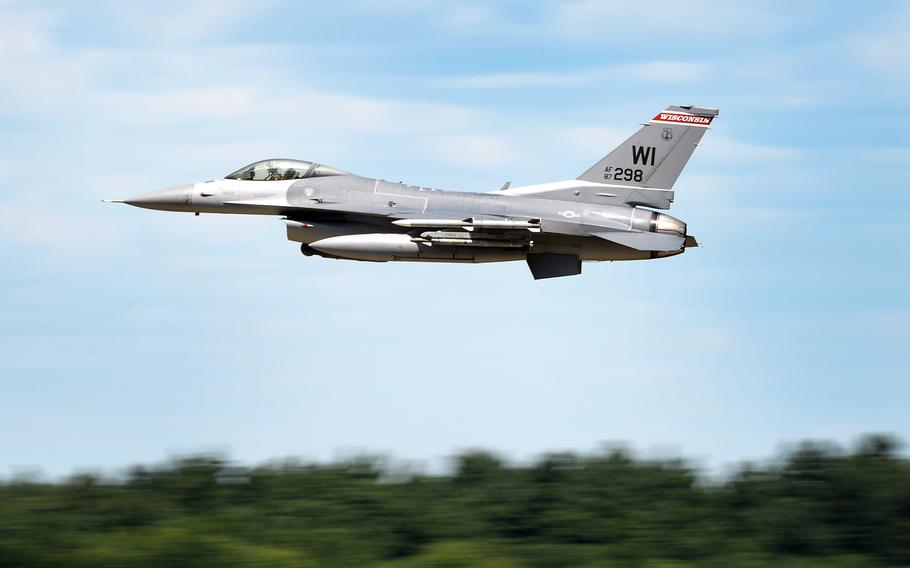 The F-16 was travelling at 600 knots (690 mph) when it crashed, the report said. Its nose, which was pitched at 58 degrees low, and right wing tip both struck the ground. Jones did not try to eject.

When Air Force investigators recreated the crash, they determined that the fighter jet was in a 45-degree descent, traveling at 550 knots, or about 630 mph, when it was about 7,500 feet above the ground.

If Jones had recognized the problem and taken corrective actions, he would have recovered within 2,000 feet, the report said.

But environmental conditions, including darkness and deteriorating weather conditions, had affected Jones’ vision, and his fixation on rectifying the loss of GPS data had impacted his “ability to recognize, confirm, and recover from the unusual attitude created by the spatially disorienting event,” leading to the crash, the report concluded.

Jones, whose call sign was “Hawk,” joined the Air National Guard in 2011. He graduated from the Euro-NATO Joint Jet Pilot Training Program at Sheppard Air Force Base, Texas, in 2013, according to the report, and started flying F-16s in 2015, the Guard said. He deployed to Japan in 2015 and South Korea in 2017. In 2019, he served a combat tour in Afghanistan.

He is survived by his wife and two children, according to the National Guard.