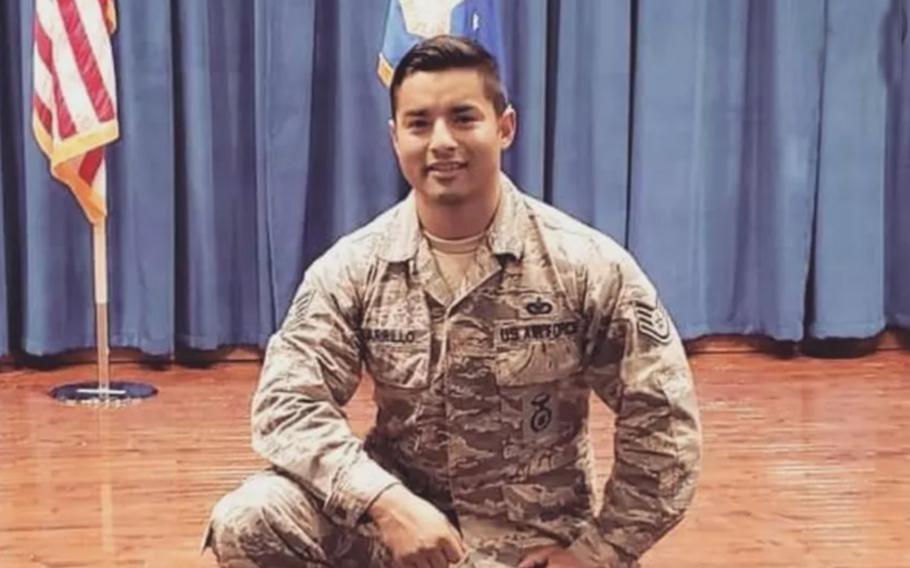 Jessie Alexander Rush, 29, who organized the group known as the Grizzly Scouts, gave himself the title of major and held trainings near his residence in Turlock preceding the killings of Federal Protective Service Officer Dave Patrick Underwood in May 2020 and Santa Cruz Sheriff’s Sgt. Damon Gutzwiller the following month, according to the filings.

Air Force Sgt. Steven Carrillo has been charged with the murders, while Rush and three others were indicted in April on federal charges of conspiracy to obstruct justice by destroying evidence related to the murder investigations.

Most members of the Grizzly Scouts are still at large, federal prosecutors said. The group identifies with a loosely-affiliated, nationwide militia movement that uses the name “Boogaloo” and favors Hawaiian shirts and violent rhetoric, but the Scouts’ activities appear to be more carefully plotted, the Sentinel reported.

Rush, along with Robert Jesus Blancas, 33, of Castro Valley; Simon Sage Ybarra, 23, of Los Gatos; and Kenny Matthew Miksch, 21, of San Lorenzo, are charged with conspiracy to obstruct justice.

The court filings were submitted in the case against Rush and his co-defendants as part of a failed attempt to keep all four defendants in jail pending trial, the Sentinel reported. A federal magistrate ultimately decided three of them, including Rush, were not a danger to the community and did not pose flight risks.

Rush was released to his residence in Turlock on a $50,000 bond co-signed by his wife, according to the filing. Attempts by The Bee to reach him by phone and email were not successful.

The Sentinel reported the filings not only confirm Carrillo as one of the militia’s roughly 25 members, but detail the group’s alleged activities in mid-2020: trainings near Rush’s home in Turlock, the creation of a “Quick Reaction Force” or QRF, and plans to send a member to scout disguised as a member of Antifa to a protest in Sacramento.

The filings allege that, in a document titled “Operations Order,” the militia described law enforcement officers as “enemy forces” and spoke of the possibility of taking prisoners at the protest.

The operations order named Rush and Miksch as part of a “Quick Reaction Force” that would be sent in if the man they sent into the protest ran into trouble. The QRF members were required to carry a rifle and pistol and extra magazines.

The orders said, “POWs will be searched for intel and gear, interrogated, stripped naked, blindfolded, driven away and released into the wilderness blindfolded with hands bound,” according to court documents.

Rush previously served in the U.S. military, making him the second known member of the militia, along with Carrillo, with military experience, according to the Sentinel. Rush’s Linkedin page says he served in the Army. The most recent job listed was a security position at a bar in Turlock that closed two years ago.

Rush allegedly messaged another group member, “the gov spent 100s of thousands of dollars on training me, im gonna use that sh—.”

“Towards the end of May and beginning June, the Grizzlies’ discussions of attacks on law enforcement matured,” according to the court filings.

In late May Carrillo allegedly messaged Ybarra that he wanted to commit a “cartel style” attack and the two met to discuss the plan. Ybarra admitted to FBI agents that he met with Carrillo in his van and they assembled an assault rifle together.

Two days later, Carrillo allegedly opened fire at a guard booth at a federal building in Oakland, killing Underwood and wounding his partner as they stood guard during a protest over the police killing of George Floyd.

Prosecutors said Carrillo used the protest as cover for the crime and for his escape.

The search for Carrillo ended eight days later when he allegedly ambushed and killed Gutzwiller and injured four other officers in Santa Cruz County as they surrounded his home.

Between the two killings, members of the Grizzly Scouts continued to discuss posing as members of “Antifa” and killing police officers as a way to kick off an all-out confrontation between the police and those groups, according to court documents.

On the day of the shooting in Santa Cruz County, Carrillo allegedly messaged Grizzly Scout members asking them to come to his aid.

Some replied that they were too far away. Rush advised him to delete the data on his phone and evade capture.

Prosecutors said the Grizzly Scouts erased group discussions on their phones about planned attacks on police and moved to a different platform to communicate.

According to the court documents, it was clear the group was mad at Carrillo for making it more difficult for them to operate.

“ ‘He removed our platform and robbed our message’ Rush moaned. ‘Unfortunately we would almost have to wait for the next one,’ he said, meaning the next opportunity to spark civil war,” the document says.

During a search of Rush’s Turlock residence in August, investigators seized three pistols, one with an extended magazine, a disassembled assault style rifle, numerous high-capacity magazines and ammunition, a bullet-proof vest, helmet, knife and a radio.

Rush and his co-defendants were scheduled to make their first court appearance in May but the hearing was continued to July 13 to give their attorneys time to review a “substantial amount of discovery” and discuss with their clients plea offers from federal prosecutors, according to a court filing.