RAF, Air Force to exchange ‘Swords of Honor’ at National Museum of the US Air Force

DAYTON, Ohio (Tribune News Service) — Representatives of the U.S Air Force and the Royal Air Force are set to present "Swords of Honor" to members of their respective forces Wednesday at the National Museum of the U.S. Air Force.

British Ambassador Dame Karen Pierce was scheduled to begin an inaugural visit to the Midwest in Ohio with the ceremony. The ambassador was detained in Washington, and instead, Consul General Alan Gogbashian, who represents the ambassador and the British government, will step in.

The event recognizes the two most-deserving officers exchanged between the U.S. Air Force and the United Kingdom's Royal Air Force, according to a release from the British Consulate-General in Chicago.

Gogbashian will confer the Royal Air Force sword to Group Capt. Andrew Lloyd, who served on exchange as deputy director of logistics at the U.S. Air Force Sustainment Center, according to the consulate.

In turn, the Air Force sword will be conferred by Gen. Arnold W. Bunch Jr., commander of Air Force Materiel Command, based at Wright-Patterson, to Capt. Katie Broyles for her exchange service at RAF Wyton in Cambridgeshire, England.

The Sword of Honor award was established in 2009 by the Royal Air Force Museum American Foundation, to be presented annually to the RAF exchange officer who most contributed in the previous year to relations between the two nations and their air forces.

In 2012, another sword was added to recognize the most outstanding U.S. Air Force officer on exchange with the RAF. 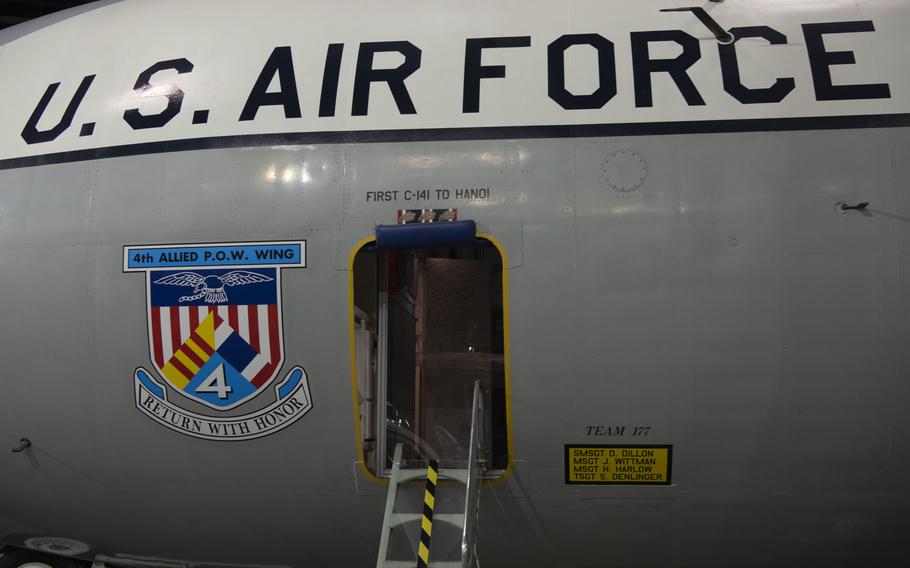 The “Hanoi Taxi” is seen at the National Museum of the United States Air Force, during a visit by Defense Secretary Mark Esper, Wright-Patterson Air Force Base, Ohio, Oct. 3, 2019. (Lisa Ferdinando/DOD)