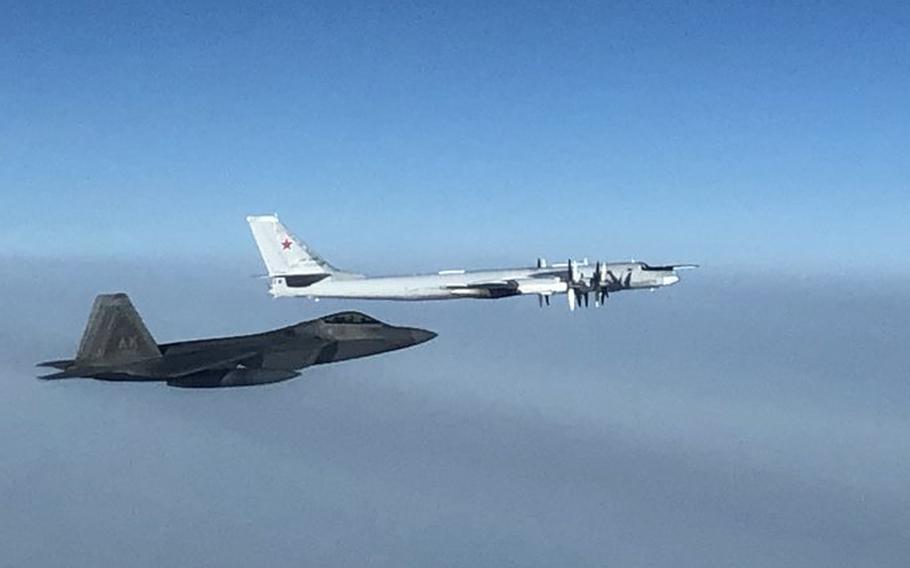 NORAD said the aircraft flew within about 30 nautical miles of Alaskan shores and “loitered within” the Alaskan Air Defense Identification Zone for about 90 minutes. The zone is a stretch of mostly international airspace some 200 nautical miles off the Alaskan coast where American officials expect aircraft to identify themselves in the interest of national security.

“NORAD forces remain on alert 24/7/365 to respond to potential threats to Canada and the United States,” said Air Force Gen. Glen VanHerck, the commander NORAD and U.S. Northern Command. “The agility and readiness of our personnel ensures we are successful in addressing potential aerospace threats with the appropriate response at the right time.”

The interception on Monday was categorized as routine. It was the 14th such incident off Alaska’s coast in 2020, said Air Force Capt. Cameron Hillier, a NORAD spokesman. He said NORAD has averaged about six or seven interceptions per year near Alaska since 2007, when Russia restarted its long-range aviation program.

In a statement Tuesday on Twitter, Russia’s military said the bomber formations flew the scheduled 12-hour training flight over “neutral waters of the seas of Bering, Okhotsk, as well as Chukchi and Beaufort seas.” It acknowledged they were intercepted by F-22s for a portion of the flights.

In one such event in August, NATO said a Russian Su-27 fighter jet entered Danish airspace as it intercepted a U.S. B-52 bomber over the Baltic Sea. The U.S. also accused two Russian fighter jets of conducting an “unsafe and unprofessional” interception of another B-52 in August over the Black Sea, flying within about 100 feet of the bomber.