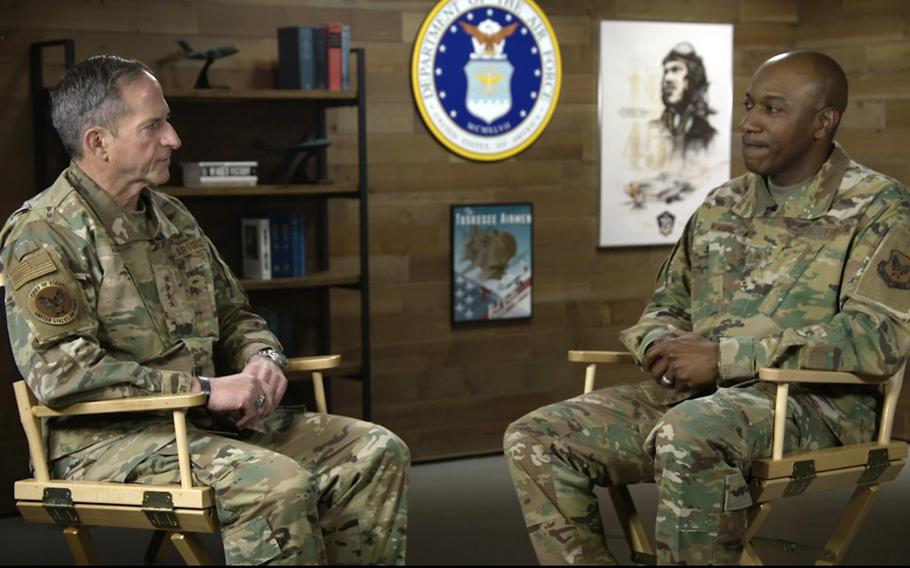 Top Air Force officials announced on Tuesday they had ordered independent reviews of the Air Force’s record on both military discipline and opportunities for black airmen in response to sustained national protests over race.

The review, to be conducted by the Air Force Inspector General, will “assess and capture existing racial disparities, assess Air Force-specific causal factors, like culture and policies, assimilate the analysis and conclusions of previous racial disparity studies by external organizations and make concrete recommendations resulting in impactful and lasting change,” the Air Force said in a news release.

The service vowed in the news release that the “full results of both reviews, good or bad,” will be made fully public.

The reviews follow up on a memo Goldfein sent to senior Air Force leaders on June 1 in the wake of the death in Minneapolis of George Floyd, an African American who died when a police officer kneeled on his neck for nearly nine minutes on May 25. Video of Floyd pleading for his life sparked outrage, protests and confrontations with police across the country.

“We are not immune to the spectrum of racial prejudice, systemic discrimination and unconscious bias,” Goldfein said in the memo. “We see this in the apparent inequity in our application of military justice. We will not shy away from this; as leaders and as Airmen, we will own our part, and confront it head on.”

The inspector general reviews, which will include input from airmen and members of the newly formed Space Force, will include interviews, group discussions and targeted and anonymous surveys, the news release said.

The inspector general has already formed an advisory group that includes 10 general officers, 10 chiefs and four senior executive service airmen – all of whom are African American, the news release said.

“In addition, a number of Airmen from all major commands will be selected to join the IG review team,” the news release said. “While other disparities also need to be reviewed, this phase will focus on African American racial disparities.”

Last week, Lt. Gen. Jeffrey Rockwell, the Air Force judge advocate general, said in a letter to the Judge Advocate General Corps that the service must address racial inequality in its legal system.

Rockwell provided statistics indicating that black enlisted airmen were punished more frequently than their nonblack counterparts. For example, in 2019 black airmen faced roughly twice the rate of administrative punishment or court martial as compared the rate for white airmen.