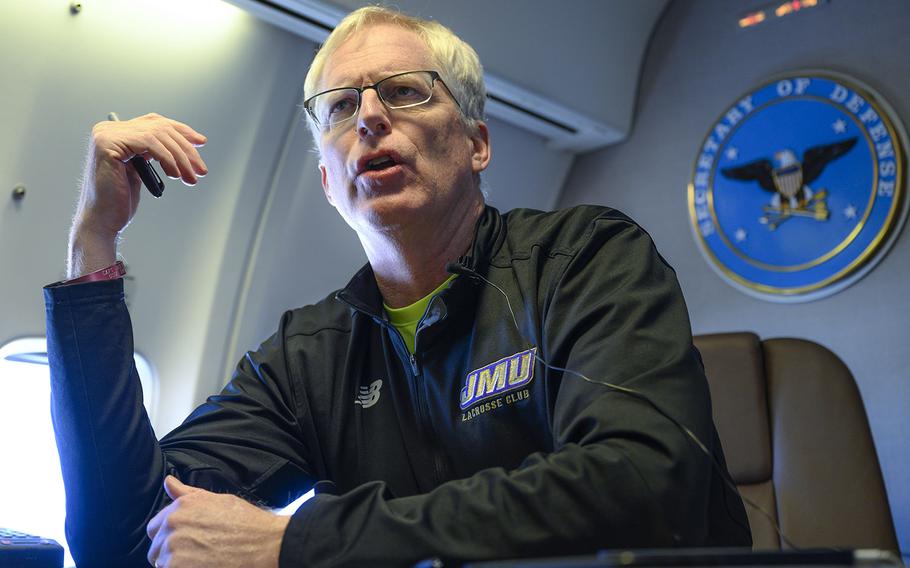 WASHINGTON — Acting Defense Secretary Christopher Miller, with only a few days left in the job, appears glad his short run as the Pentagon’s top leader is almost over.

“I cannot wait to leave this job, believe me,” Miller said Thursday to reporters as they were returning from a visit to U.S. Northern Command at Peterson Air Force Base, Colo.

Miller has been the acting defense secretary since Mark Esper was fired by President Donald Trump on Nov. 9. Since then, he’s conducted several domestic trips such as the recent one to NORTHCOM, as well as international travel to the Middle East, Europe, and Africa to visit with defense officials and service members.

After only a week on the job, Miller announced the decision to bring troop levels down to 2,500 in Afghanistan and Iraq, which was reached Friday. It marks the lowest number of troops in Afghanistan since 2001.

Miller’s tenure will end Wednesday after President-elect Joe Biden’s inauguration. David Norquist, the deputy defense secretary, is expected to step in as the acting defense secretary at the request of the Biden administration, according to news reports Thursday.

Norquist is expected to oversee day-to-day operations until Lloyd Austin, Biden’s nominee to be the next defense secretary, is confirmed by the Senate. His confirmation hearing is scheduled for Tuesday.