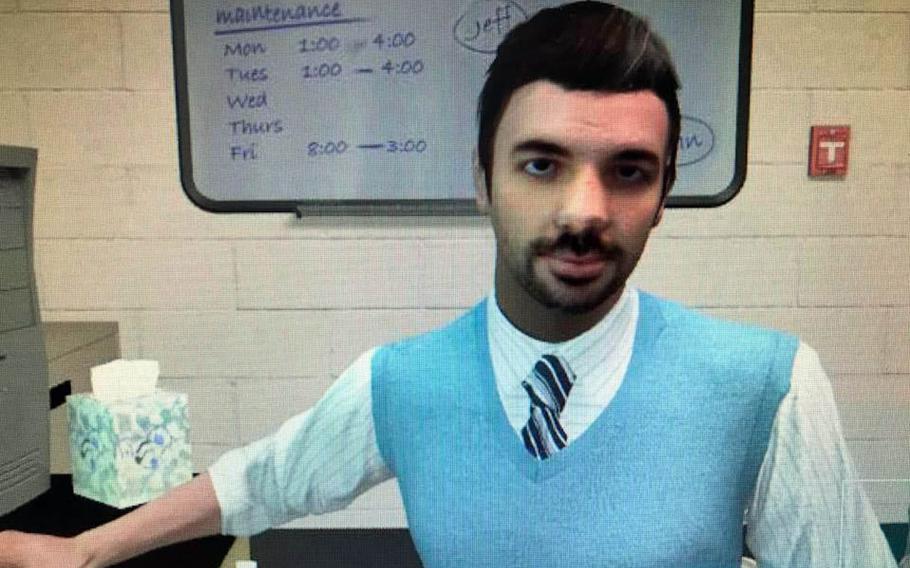 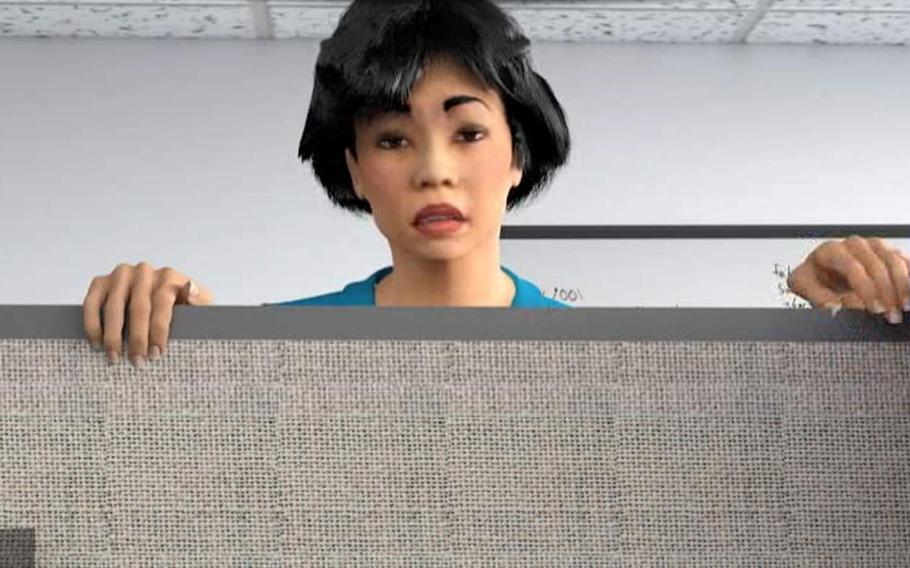 Tina, a character in the old version of the Cyber Awareness Challenge, is no longer featured in the Defense Department's computer security training. (DOD screenshot)

There’s something — or a few someones — missing from the 2019 Cyber Awareness Challenge, the Department of Defense’s annual computer security training.

Loveable sweater-vested narrator Jeff, misguided co-worker Tina and other characters are absent from the new challenge, which casts its user in the role of virtual superhero in a race to prevent a future cyberattack.

The characters became the subject of many tweets, gifs, memes and Halloween costumes over the years. But in the updated program, the cartoons are all but gone, traded for live actors.

Launched late last year, the new Cyber Awareness Challenge “offers a completely new look and feel,” the Defense Information Systems Agency wrote in the product description of the program. While the challenge retains its game-like quality, its concept is turned on its head.

“It starts with a message from the future describing serious vulnerabilities resulting from decisions in the present,” DISA said in the description. “The learner is asked to help prevent these incidents by making proper cybersecurity decisions about events from the evidence provided.”

“Through this process, the user learns proper cybersecurity practices.”

The new challenge does not stray from its goal of preventing the future attack and has a consistent storyline missing from the earlier version. The former program offered mini games such as a “Who Wants to Be A Millionaire” knock-off and a take on the three little pigs mixed alongside cybersecurity scenarios featuring the cast of characters that became the butt of online jokes.

Those characters made their way into popular culture, with users creating memes with screenshots from the challenge. A popular one features an image of a character who runs away with the user’s cellphone, with the caption, “Do not trust this man. He has stolen my phone every year for the last six years.”

In August, Swedish YouTuber PewDiePie posted a video of himself taking the earlier version of the Cyber Awareness Challenge that gathered more than 3.5 million views. “Tina, you’re a fraud!” he comically yelled at the computer screen when the character invites him to download music with co-workers on “MyTunes.”

In October, the Naval Criminal Investigative Service shared a photo on its official Twitter account of a man who dressed as Jeff for Halloween.

“‘Jeff’ for the win! When October’s #CyberSecurityAwarenessMonth inspires your #Halloween costume!” NCIS wrote in the tweet.

If you look closely, Jeff — along with his iconic blue sweater vest and goatee — makes a cameo appearance in the beginning of the updated challenge. In an open email on the program’s desktop, his photo is found as the avatar of the message sender.

“Good morning. Remember that you must complete the Cyber Awareness Challenge by the end of the week,” Jeff says in the message.

That’s when the new challenge begins. An email automatically opens with a video from a man named Marty from the year 2030. A massive cyberattack has threatened the nation’s security, and it’s up to you in 2019 to prevent it from happening.

While some may mourn the loss of the corny cast of characters, one update repeat users may appreciate is the opportunity to quiz out of the full course with the new knowledge check option. Users who answer enough questions correctly can test out of parts of the training — some welcome relief as the program’s length is approximately one hour and 15 minutes.