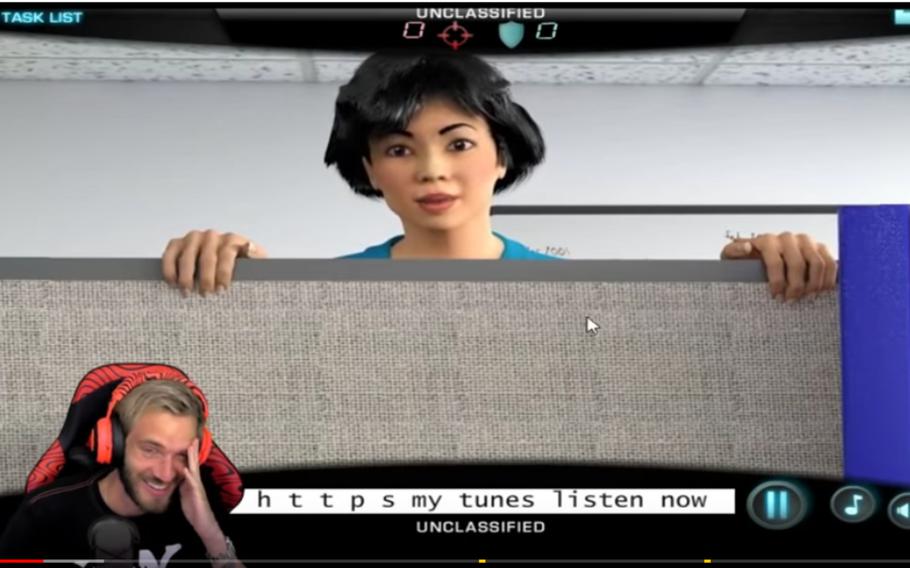 Popular YouTuber PewDiePie laughs during his encounter with Tina as he takes the Cyber Awareness Challenge. (YouTube screengrab)

Popular YouTuber PewDiePie laughs during his encounter with Tina as he takes the Cyber Awareness Challenge. (YouTube screengrab) 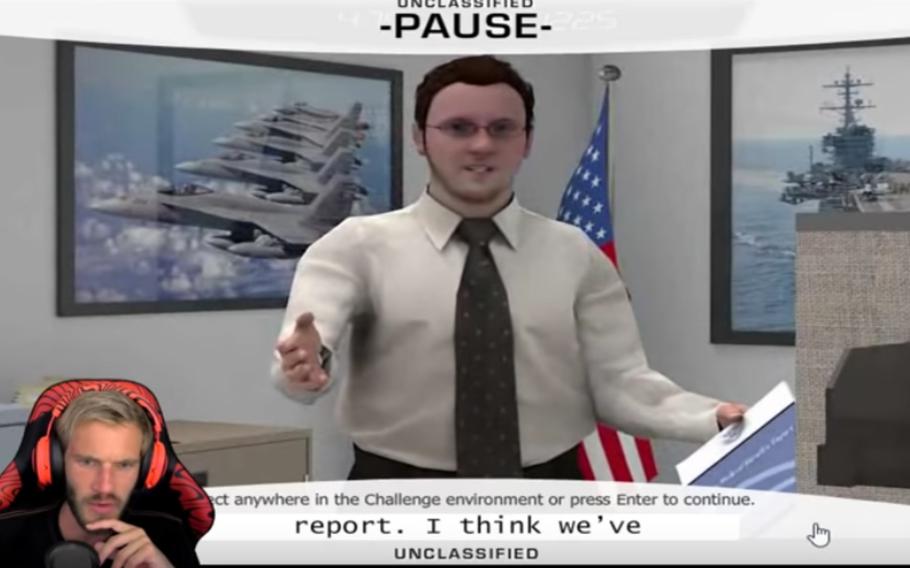 Steve has a question for PewDiePie as he plays the Cyber Awareness Challenge. (YouTube screengrab) 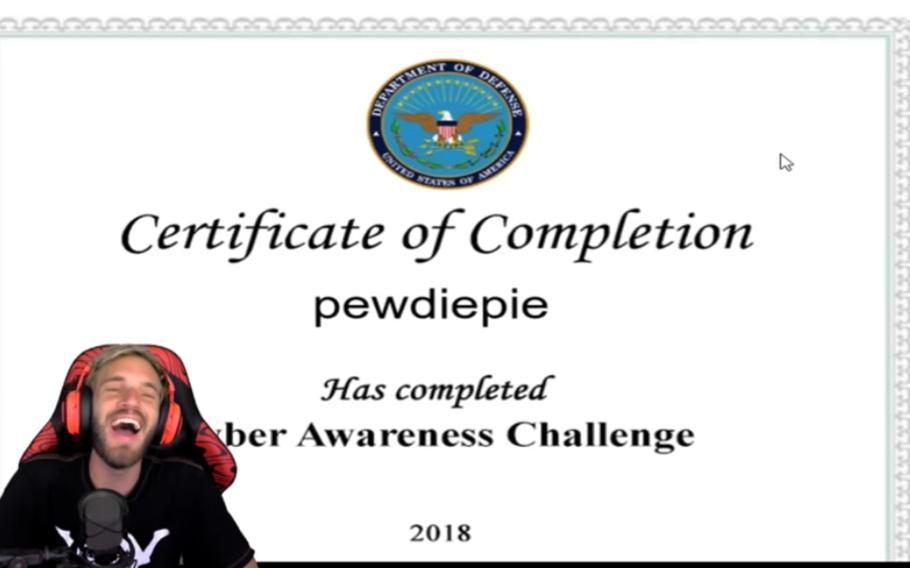 PewDiePie gets his certificate after completing the Cyber Awareness Challenge. (YouTube screengrab)

PewDiePie, a Swedish YouTuber with 65 million subscribers who is best known for sharing videos of himself playing video games, just took the Cyber Awareness Challenge.

In a 25-minute video posted to the video-sharing site Thursday, he takes an unclassified version of the infamous Department of Defense computer security training. The video has already been viewed upwards of 1.6 million times.

"Who would make something like this?" he asks early in the process.

Here are a few highlights:

TinaHe unleashes harsh criticism broken up by fits of laughter for Tina, the character in the challenge who encourages him to download songs to MyTunes on his work computer. "Tina, you're a fraud!" he says.

Tina's character says, "that's cool if you're not into music," and that she has an against-the-rules game for him to play.

"Excuse me, Tina, I'm into music," PewDiePie declares. "What I'm not into is leaking information from the government of the United States."

That soundHe notes the similarity of the sound used to indicate trouble in the game to the suspense-building sound on "Who Wants to Be a Millionaire."

Those namesEarly on, he takes note of the "Internet Compass" browser. Later in the challenge, in the spirit of the rampant Cyber Awareness Challenge renaming of items, he calls his tablet and phone devices the "IDad" and the "Backberry." When the "Who Wants to Stay a Millionaire" segment pops up, he is very excited.

A realizationAfter a string of coworkers in the challenge try to get him to take part in unsafe computer measures, PewDiePie has relevant questions, "Is everyone I work with completely morons? Did they not play this game?"

When Steve appears to ask him about keeping a folder of sensitive information on a desk overnight, he notes, "They just get worse."