Fourth sailor to die from the coronavirus in February remembered as 'amazing father,' 'treasured friend' 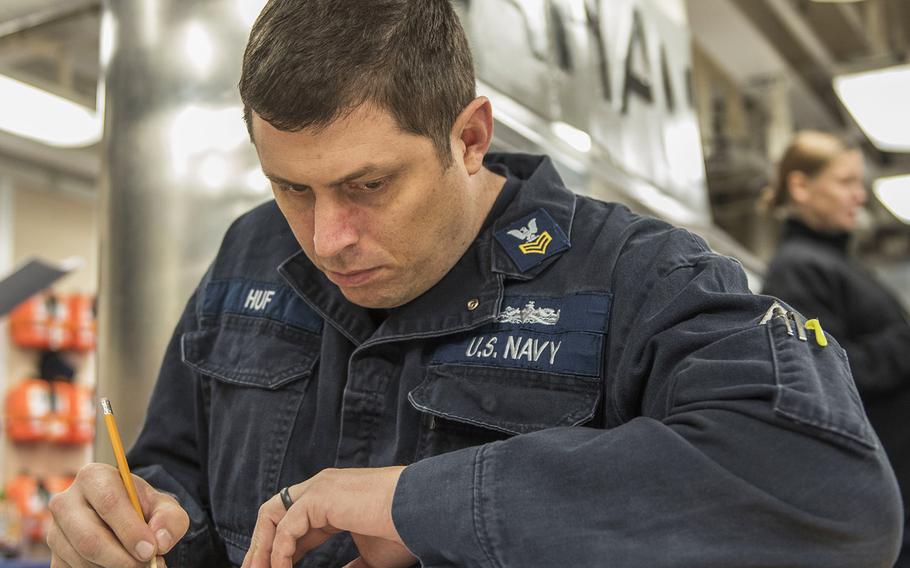 WASHINGTON — The Virginia-based sailor who died from the coronavirus earlier this week was a 39-year-old from California, the Navy announced Wednesday.

Huf was assigned to Assault Craft Unit 4 based at Joint Expeditionary Base Little Creek in Virginia Beach at the time of his death. His unit operates air-cushioned landing craft, which are high-speed vehicles that transport people, weapons and equipment from ship to shore, according to the Navy.

“Our deepest condolences are with the family, friends and shipmates of Chief Petty Officer Huf during this extremely difficult time,” according to the statement.

Sailors who had been in contact with him have been notified and are taking precautions, according to Navy officials.

In the wake of his death, friends and family took to social media to share photos and pay tribute to Huf.

"Heartbroken doesn’t even touch what we’re feeling today," wrote friend Lindsey Wisely on Facebook. "We lost [...] the most amazing father to these babies, a treasured friend, and devoted husband."

"Thank you Justin Huf for nothing but positive experiences during my time on the Mahan," wrote fellow sailor Kyle Hodges. "I wish the Navy had more leaders and more people like you."

Huf was the fifth active-duty sailor to die since the pandemic began nearly a year ago, increasing the total number of service members who have died due to the virus to 23.

Huf joined the Navy in November 2003 and achieved the rank of chief petty officer, or E7, last March, according to his service record.

His previous assignments include the maintenance/support company for the submarine tender USS Emory S. Land in Guam, Assault Craft Unit 5 based at Camp Pendleton in California, the U.S. Naval Academy in Annapolis, Md., and the guided-missile destroyer USS Mahan. Huf arrived at his last unit in 2018.

He leaves behind a wife and three children.

Stars and Stripes editor Kat Bouza contributed to this report.