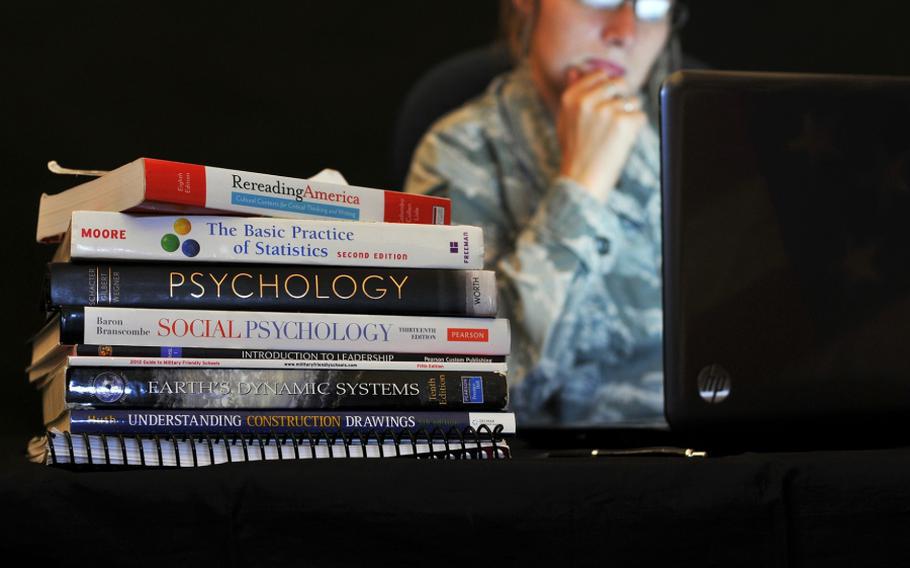 WASHINGTON – A nearly $400 million program to retrain veterans who were forced into unemployment during the coronavirus pandemic has gone mostly unused, lawmakers said Wednesday.

Congress created the Veteran Rapid Retraining Assistance Program last year as part of the American Rescue Plan, a $1.9 trillion relief package that sought to bolster the economy as the country struggled with pandemic-related closures and layoffs. The program, known as VRRAP, offers education and training for veterans who became unemployed during the pandemic and have already used their GI Bill entitlement.

Congress allocated $386 million to the Department of Veterans Affairs to run the program. It has the capacity to train up to 17,250 veterans for high-demand jobs, including positions in the technology, engineering and health care industries.

Since it began accepting students nine months ago, about 4,000 students have enrolled. Fewer than 700 have graduated from the program, and nearly 100 veterans have been employed into the field for which they received training.

The program is only temporary and is set to expire in 10 months, on Dec. 11, 2022. Rep. Mike Levin, D-Calif., said Wednesday that he’s concerned not enough veterans will take advantage of the program before it ends. Levin leads a House subcommittee that focuses on economic opportunity for veterans.

“Time is of the essence to improve VRRAP so veterans can take advantage of this benefit to develop skills they need before the program’s authorization expires,” he said. “It seems unlikely that either the funding or participation threshold are going to be met.”

The subcommittee met Wednesday to hear from VA representatives about how the department was planning to boost enrollment. Ricardo Da Silva, an education program integration officer for the VA, said about 14,000 veterans applied for VRRAP after it was established, and 10,000 were accepted into the program. However, more than 5,000 of those veterans have not enrolled into a training course.

Da Silva said the VA just launched a survey of those 5,000 veterans to better understand why they haven’t used their eligibility.

“What we have found is that students who have a certificate who haven’t participated do intend to use the program, but the timing may have not been right for them to start,” he said. “They’re weighing their options during the pandemic to make a decision about whether or not to return to retraining or to the job market.”

The VA is planning to launch an ad campaign this month to create more awareness of the program, Da Silva said. The agency also had to work to clear up some misinformation about the program.

Some schools had been telling veterans that they couldn’t take on side jobs while participating in the program, which isn’t accurate, Levin said.

The VA had to send notifications to all of the students who had gained entry into the program to let them know that information was false, and they could take on side jobs while going through training, Da Silva said. The department is continuing to reach out to school representatives to clarify the rules with them.

Alicia Boddy, who leads the nonprofit coding bootcamp “Code Platoon,” said her organization has “seen a huge lack of awareness about VRRAP in the military community.”

Code Platoon is one of the 942 schools that the VA approved to train students through VRRAP. So far, Code Platoon has enrolled only eight veterans through the program, Boddy said.