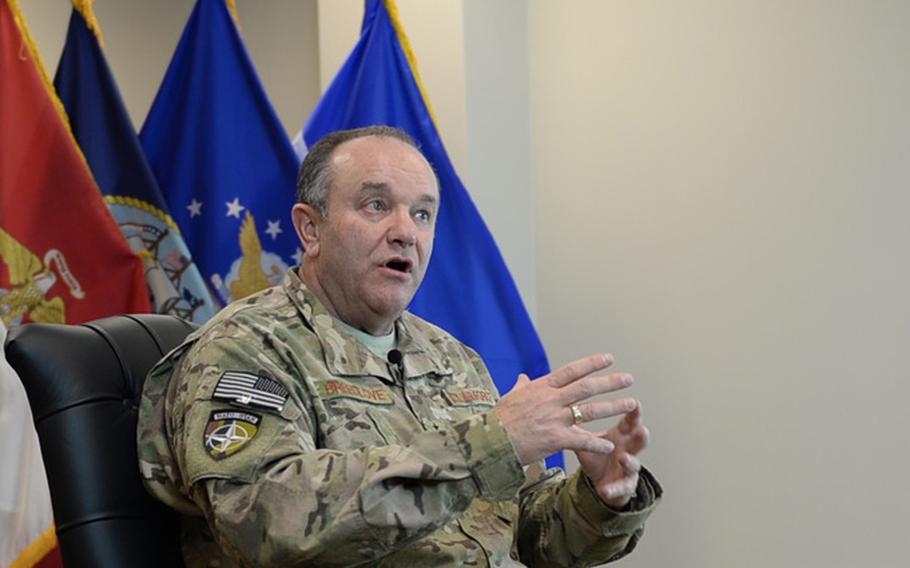 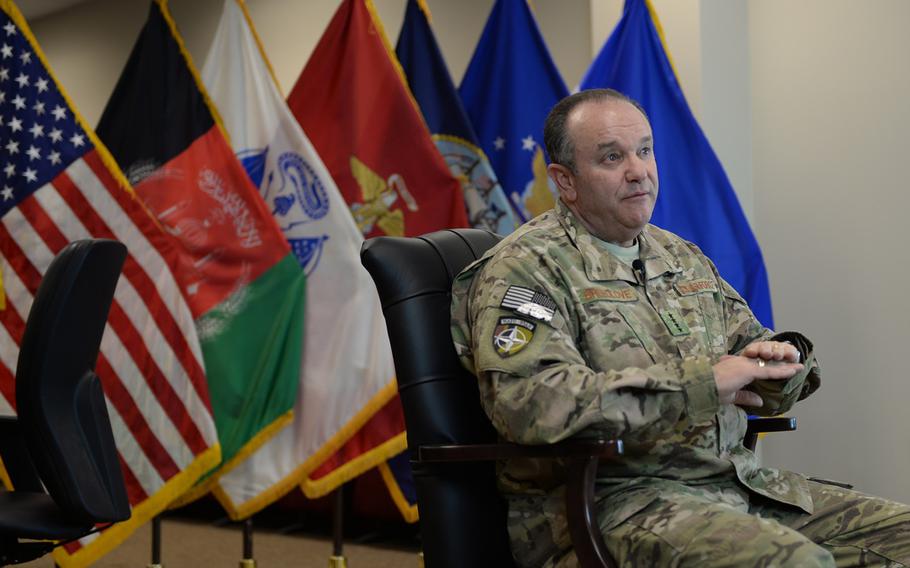 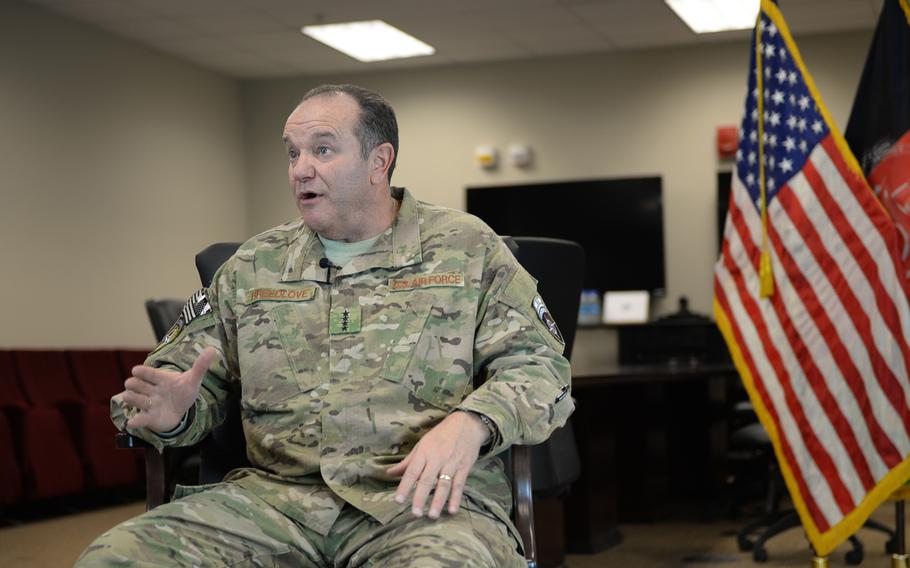 Buy Photo
America must be prepared for more U.S. military casualties in Afghanistan, even after the official end of combat operations in the country, U.S. Gen. Philip Breedlove, the NATO military commander, said during an interview Thursday in Kabul. (Carlo Munoz/Stars and Stripes)

This article has been updated and corrected.

KABUL, Afghanistan — Americans must be prepared for more U.S. casualties in Afghanistan even after the declared end to NATO’s combat mission in the country, the alliance’s supreme commander warned Thursday.

“All of us as commanders have reminded our senior leadership ... the war in Afghanistan has not ended, (just) the combat mission for NATO,” Gen. Philip Breedlove told Stars and Stripes.

“It’s hard to say, but we are going to continue to have (American) casualties” in Afghanistan, Breedlove said in an interview at Bagram Airfield.

“It is going to be unavoidable,” he added.

At the time, the Obama White House and top U.S. commanders in Afghanistan heralded the transition as a crucial milestone in ending America’s longest war. The move represented “an end of an era and the beginning of a new one” in Afghanistan, ISAF commander Gen. John Campbell said at the command’s end-of-mission ceremony in Kabul on Dec. 28.

As part of the new NATO mission, roughly 12,500 troops — about 6,000 of them from allied nations — remain on the ground to train and advise Afghanistan’s army and police. Not all of the roughly 10,600 U.S. troops in Afghanistan as part of the U.S. operation Freedom’s Sentinel are assigned to Resolute Support. Some will conduct counterterrorism and related operations. The number of American troops isslated to drop to 5,500 by the end of this year, with all U.S. forces scheduled to leave Afghanistan by 2016.

After the collapse last summer of Iraq’s U.S.-trained army when confronted by a surprise attack by fast-moving Islamist forces, analysts and U.S. lawmakers have warned that a similar scenario could unfold in Afghanistan if international troops pulled out too precipitously, leaving the government forces to fend for themselves.

While American and NATO troops are no longer the main fighting force in Afghanistan, U.S. troops will continue to be in the line of fire on a regular basis during the follow-on mission, Maj. Gen. John Murray, deputy commander for U.S. Forces-Afghanistan, said Tuesday.

“We are not going out on kill/capture missions anymore, (but) this is still a very dangerous place,” Murray said in an interview at the command’s headquarters at Bagram. “There are going to be some hard questions when we lose (the first) soldier” under Resolute Support.

The upcoming fighting season, the first under Resolute Support, will be American commanders' “last good year to have an impact” on Afghanistan’s postwar future.

In November, Campbell, the top U.S. officer in Afghanistan, said in interviews he was reviewing whether Afghan forces were ready and whether he should recommend through his chain of command that additional NATO forces stay longer. Earlier this month, Afghan President Ashraf Ghani suggested Washington re-examine its future plans because of a resurgent Taliban and the possible threat from other insurgent groups in the region.

“Are we looking at contingencies? Absolutely,” Murray said when asked about possible changes to the postwar mission. But “this is not (Operation Enduring Freedom) ... that is part of the mind-set we are going to [have to] get used to,” he said.

Correction This story has been updated to clarify the numbers of U.S. and allied troops in Afghanistan.