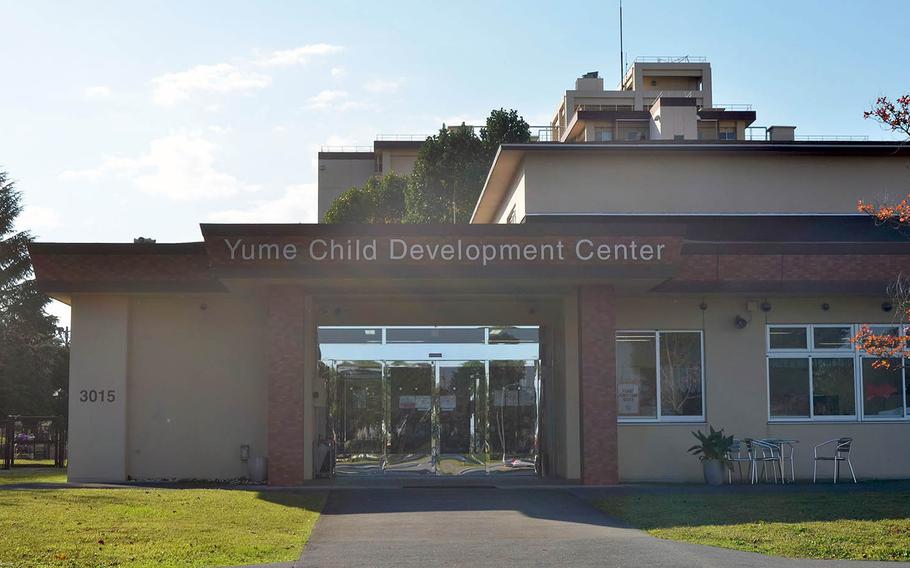 “CDC manning is consistently a problem,” Col. Andrew Campbell, commander of the 374th Airlift Wing, said during the question-and-answer event.

The base has one Child Development Center for a population of about 14,000. It provides day care and other services for infants through preschool age children. Campbell said Pacific Air Forces will determine how many positions the base is authorized to fill at the center.

The U.S. military recognizes the value of child care for its service members in terms of readiness and retention, according to a 2006 Rand Corp. study.

“If parents are forced to make do with inadequate child-care arrangements or cannot find child care, they may be distracted from duty or in some instances may even fail to report for duty in order to care for their children,” according to a report summary. “Inadequate child care may also affect a family’s decision to remain in the military.”

At the pandemic’s outset, the center cut its hours from 6:30 a.m. to 6 p.m. Monday through Friday to 7:30 a.m. to 4:30 p.m. and limited services to essential workers only. Re-extending those hours is not possible until the center hires more staff, said Campbell and Command Chief Master Sgt. John Payne.

“I think most people would agree that the clear decision here is to keep the hours as they are to provide child care for as much as the community as we can,” he said.

The base public affairs office did not respond to a request Monday for more information on the center’s staffing levels.

Also, the center does not permit staff members to mingle with different age groups in order to stem the virus’ spread, Campbell said. That practice adds a further constraint to the staffing issue.

“We are trying to keep the facility open to the most amount of people while limiting the risk of exposure,” he said.

Even prior to the pandemic, the Childhood Development Center had a roughly six-month waiting list, Air Force spouse Kaitlyn Fein told Stars and Stripes last month.

A base rule prohibits anyone from offering more than 10 hours of babysitting services per week without being certified by Family Child Care, according to the Yokota website.

Many parents who cannot get their children enrolled at the center, Fein included, are seeking off-base day cares, a process she said can be lengthy and more expensive than care on base.

“It absolutely isn’t sustainable,” Fein said. “It makes it especially difficult for some, such as single parents and dual military families.”