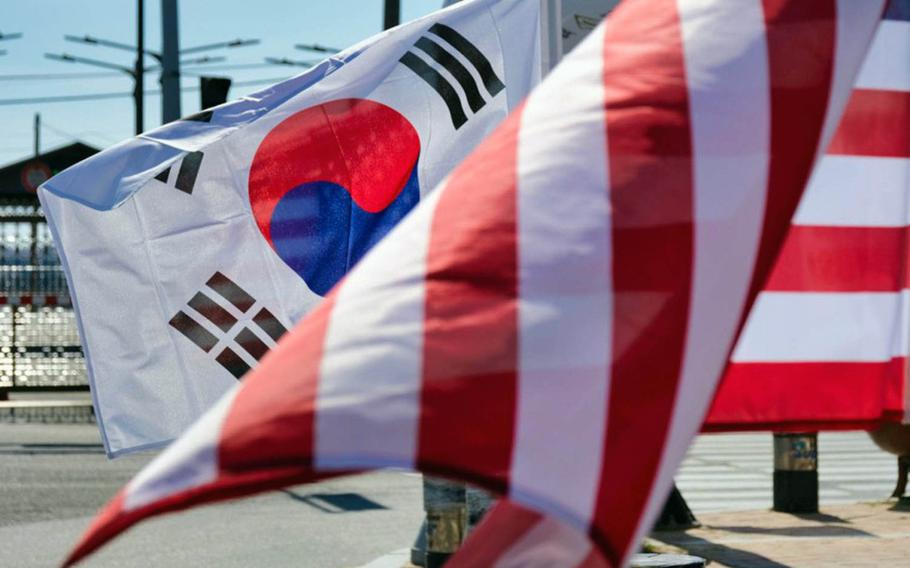 Buy Photo
The U.S. and South Korea are neogtiating a plan to forestall possible furloughs for local employees of U.S. Forces Korea. (Matthew Keeler/Stars and Stripes)

South Korea and the United States are negotiating a plan to share labor costs and avoid once more furloughing local employees of U.S. Forces Korea, a spokesman for the South Korean Ministry of National Defense said Monday.

Seoul and Washington have been at odds over President Donald Trump’s demand that South Korea substantially increase the amount it pays to host a U.S. military presence, a contract called the Special Measures Agreement. The previous agreement expired in December 2018.

In April, the U.S. government placed about 4,500 South Korean base employees, about half its local workforce, on unpaid leave for almost three months when the two countries failed to agree on a plan to divide the costs of their wages.

The decision was a blow to the alliance and its military readiness to fight on the divided peninsula, commanders at USFK told Stars and Stripes in April.

The current negotiations aim to break that deadlock and prevent another furlough, according to a report Monday by the Yonhap News Agency based in Seoul.

In June, South Korea provided $200 million to pay the entire Korean workforce at U.S. bases through the end of 2020.

The U.S. military warned its South Korean base employees in November that they may face another furlough in 2021 if an agreement cannot be reached.

USFK is optimistic about the negotiations over the Special Measures Agreement, said Jacqueline Leeker, a spokeswoman for USFK.

“While USFK is not an official member of SMA negotiations, we are keenly interested in the outcome and remain hopeful for a swift conclusion to the lapsed SMA,” Leeker said in an email to Stars and Stripes Monday.