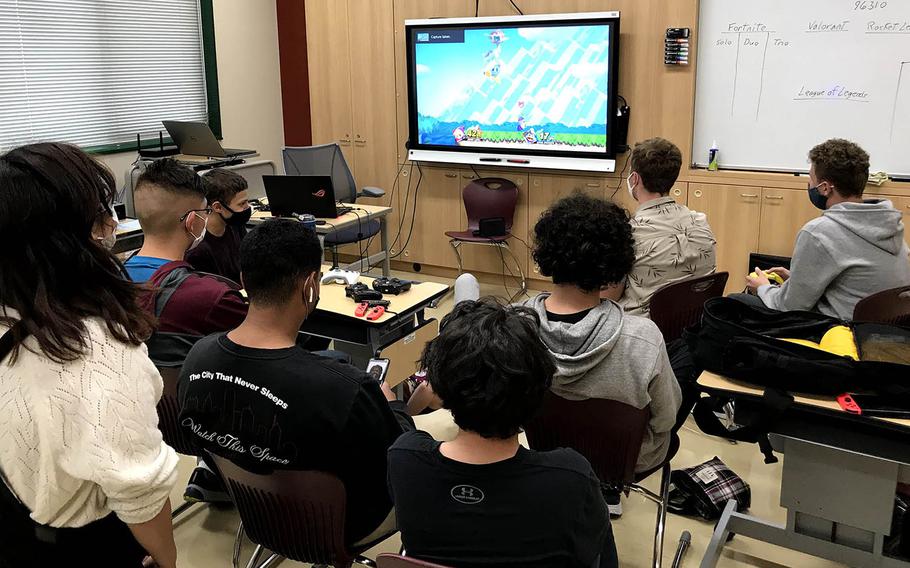 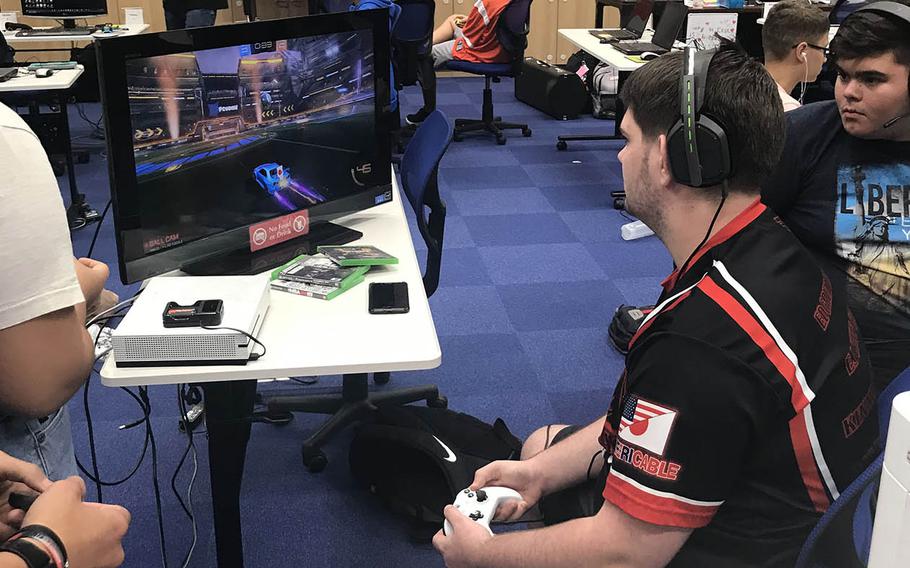 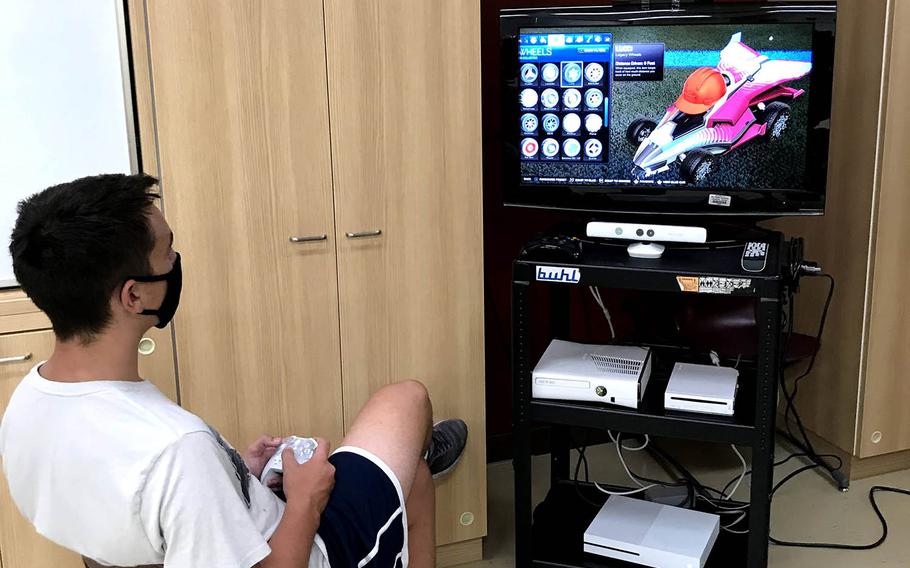 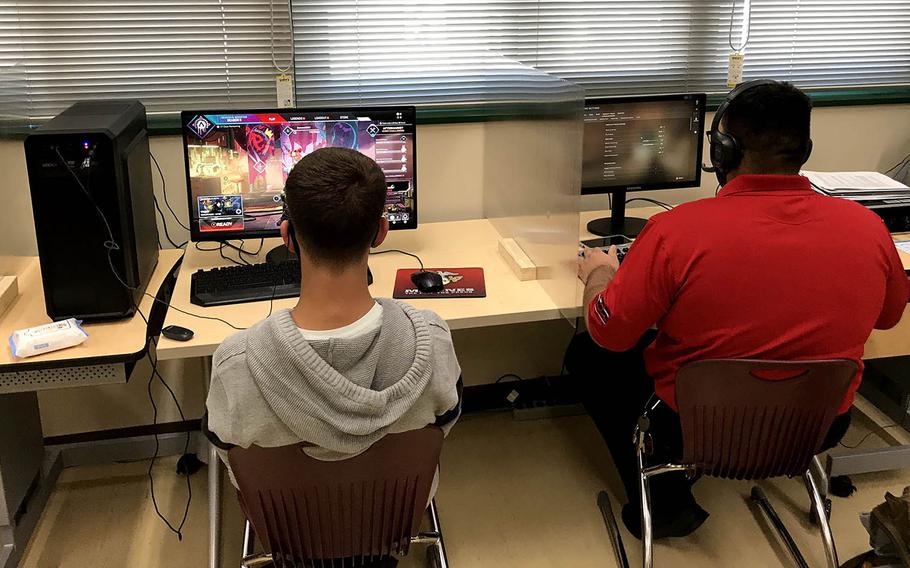 TOKYO — Four Defense Department high schools in Japan and South Korea are in a pilot program to create a sanctioned esports program that, like high school athletics, could create a path for some students to higher education.

The goal is to eventually have schools in the Department of Defense Education Activity-Pacific competing in videogaming events at a varsity level, with a district championship, just like other school sports, DODEA program manager Tuya Rosenberry said in a Jan. 13 email to Stars and Stripes.

“There is a growing interest among our students to participate in esports,” she said.

If the program succeeds, all four schools may establish esports varsity programs, or esports clubs could expand to all 12 DODEA Pacific high schools by the 2022-23 school year, Rosenberry said.

“We are capturing lessons learned and best practices, looking into equipment and network requirements and costs,” she said.

Kyte Mettke, a junior esports club member at Kubasaki High School, said gaming has played a significant role in his social life both inside and outside of school.

“I’ve always loved playing games and played them with my family and friends,” he said. “It’s how I made some of my friends. I think gaming is a good way to connect with the people you love.”

Once satirized as an all-consuming pastime for slackers, competitive video gaming today at the professional level generates arena-sized events and prize money in the millions. The International 10 Dota 2 tournament last year, for example, offered the largest prize pool up to that time, $34.3 million, according to Forbes magazine in August.

Colleges and universities have their own teams and some, like New York University, University of California Irvine, Southwestern College and Kansas-Wesleyan offer scholarships ranging from $5,000 to $20,000.

All military branches also have official esports teams that are often used as recruiting tools.

Organizing to compete“I’m a lifelong video game player, ever since the Atari 600 in the ‘80s,” Matthew C. Perry high school teacher Jason Perdew told Stars and Stripes via Zoom on Jan. 5. “I would like to see this become a competitive sport with scholarship opportunities.”

Two years ago, Perdew enrolled the Perry esports club in the High School Esports League, an organization for interschool competitions at both the club and varsity levels, so his students could cut their teeth at competition.

The difference in time zones posed a challenge as the U.S. organizations hold its tournaments on Eastern Standard Time.

“Students had to play at 6 a.m. before school, which can be taxing and tiring on the kids to have to get up that early and then have a full school day,” Perdew said.

A stronger esports presence in the Pacific can help eliminate that problem, he said.

“Esports serves a demographic of students who might get overlooked,” Church said. “It gives these students the opportunity to earn a letterman jacket, belong in a group and have something to look forward to at school.”

Each school decided to vet a list of games with parents, he said. The Kadena club, for example, won’t play first-person shooter games like Call of Duty.

“We won’t have any games with a mature rating that has violence or gore,” he said. “We want to keep it wholesome and consider the sensitivity of all our students.”

For parents still unsure about their children playing video games rather than engaging in physical activity, Church said to consider the hand-eye coordination, team strategy and communication skills involved in esports.

“Besides, a lot of students play video games after school, so they might as well get social fulfillment and maybe even a scholarship out of it,” he said.

The student players can’t use the secure DODEA networks, so the club supervisors reached into their own pockets to purchase internet access and club equipment like PCs, routers and game consoles.

At Perry High, Perdew built the computers for the esports club himself from parts he already had or bought secondhand. Kids at all four schools are encouraged to bring their own consoles.

However, a console can be an expensive purchase, and not all students come from a home that can afford a $500 gaming console or a $1,000 gaming computer, he said.

Perdew said he hopes that once esports is officially recognized as a varsity sport that schools will have equipment to lend to students. Until then, the clubs get by on fundraising, donations and teachers’ money.

“I don’t want any child to be excluded because their family can’t afford it,” he said.