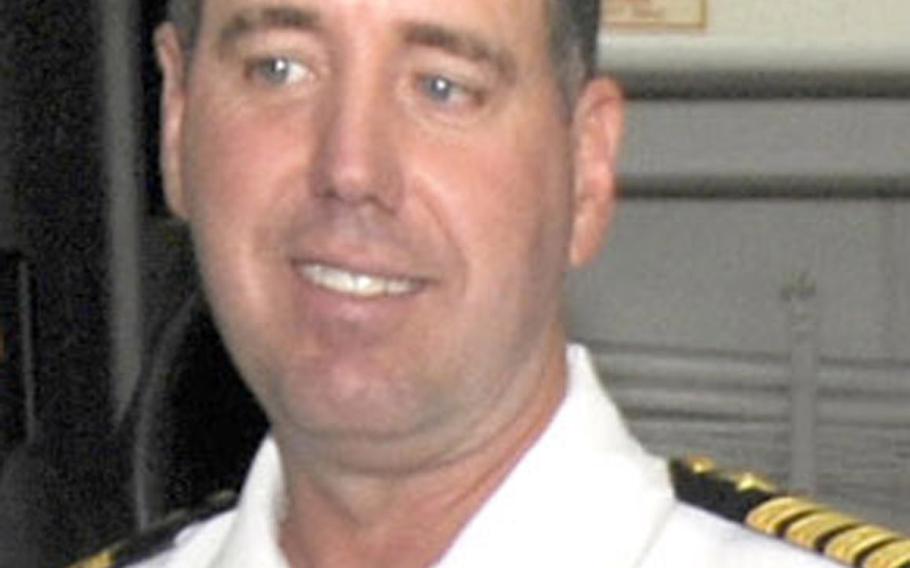 Capt. David Schnell, commanding officer of USS Peleliu, was relieved of command Sunday because of an investigation into improper relationships with his crewmembers. (Andrew Dunlap/Courtesy of the U.S. Navy)

YOKOSUKA NAVAL BASE, Japan &mdash; The captain of the San Diego-based amphibious assault ship USS Peleliu was relieved of command Sunday during an investigation into improper relationships with his crewmembers.

Navy investigators are probing allegations that Capt. David A. Schnell &ldquo;acted in an unprofessional manner toward several crew members that was inappropriate, improper and unduly familiar,&rdquo; according to a Navy news release.

Vice Adm. Mark Fox, commander of U.S. Naval Forces Central Command and 5th Fleet, officially relieved Schnell on Sunday due to loss of confidence in his ability to command, according to the release.

Capt. Mark E. Cedrun, chief of staff for Expeditionary Strike Group 3, will temporarily command the USS Peleliu until a permanent replacement is named, according to the news release.

Peleliu is currently aiding in relief efforts to flood-ravaged Pakistan, according to Navy reports. Marine Corps helicopters aboard the ship have the strength to lift 16 tons of food and equipment to the millions of people displaced by the disaster, the Navy said.

Reasons for the firings this year have ranged from public alcohol abuse and prostitute solicitation to running a ship into a pier.

The Navy&rsquo;s highest profile removal this year came when Yokosuka, Japan-based USS Cowpens skipper Holly Graf was removed for &ldquo;cruelty and maltreatment&rdquo; toward the sailors under her command.

Schnell, who assumed command in September, was reassigned to administrative duties at Commander, Naval Surface Forces in San Diego.

The Peleliu recently completed a tour within the Yokosuka-based 7th Fleet&rsquo;s area of responsibility when it visited several ports in the Pacific, including a pass within a mile of its namesake island, site of a major World War II battle.”