Some shopping restrictions lifted at US military stores in South Korea 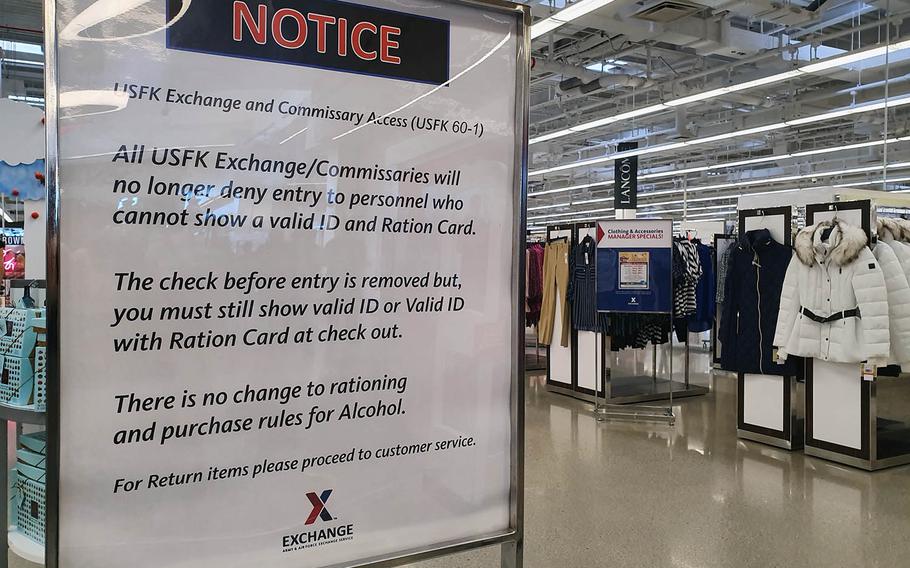 A sign at the commissary informs shoppers about the updated policy on duty-free goods on Camp Humphreys, South Korea, on Friday, Sept. 13, 2019. (Matthew Keeler/Stars and Stripes) 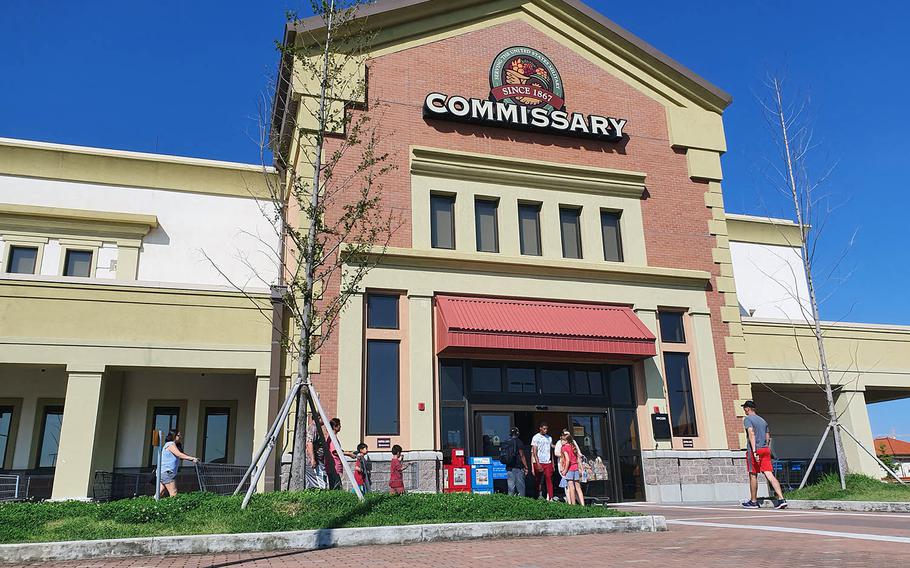 SEOUL, South Korea — The U.S. military has lifted monthly commissary purchase limits and eased other restrictions on shoppers at base stores in South Korea.

The new policy, which took effect Wednesday, also allows even patrons who don’t have purchasing privileges to enter commissaries and department store-style exchanges, although they’re not allowed to buy anything.

The change came as U.S. Forces Korea, the main command for some 28,500 troops based on the divided peninsula, is trying to make it a more attractive assignment.

However, limits remain as USFK seeks to prevent black market sales of goods sold on base. Alcohol sales, for example, will continue to be restricted.

Authorized shoppers also must show a military ID or ration card at the cash register, according to the new policy that was announced in a Sept. 11 memo signed by Air Force Maj. Gen. Stephen Williams, USFK chief of staff.

“The purchase of duty-free goods and services will only require verification at the point of sale,” USFK said.

Servicemembers, their families and other Americans working for the government may shop tax-free in commissaries and exchanges.

But commissary shoppers were previously limited to $800 for the main sponsor and $300 for additional family members per month.

“We think this is a win for families — especially those with infants and young toddlers. Formula and diapers are expensive — even at the commissary,” said Kelly Hruska, the organization’s government relations director.

“By removing the spending limits it allows families to expand their shopping beyond just the basic necessities,” she added.

The previous policy had last been updated in August 2013 after the U.S. military faced rampant problems with black-marketeering, including goods purchased from base facilities being resold on the local market.

The new policy stressed that officials will continue to monitor purchases and maintain controls against illegal usage.

“Reasonable security measures shall remain in place to ensure authorized patrons are verified and able to purchase duty-free goods at the point of sale,” it said.

Violations may be punishable by the suspension or revocation of privileges and possible disciplinary action under the Uniform Code of Military Justice.