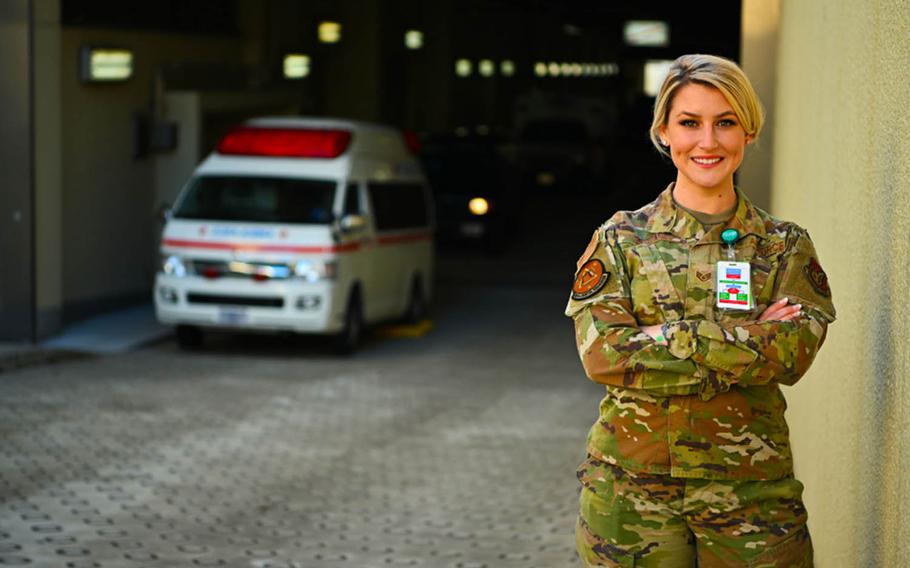 An airman from Misawa Air Base has created an easy emergency checklist that earned recognition from the Air Force surgeon general and the American Red Cross.

DaSilva, of Port Saint John, Fla., has a lead role in the air base’s response to the coronavirus pandemic as flight chief for the medical group’s COVID cell.

The card she created includes step-by-step instructions for treating an unresponsive person.

Col. Regina Agee-Cruz, on behalf of Lt. Gen. Dorothy Hogg, the Air Force surgeon general, contacted DaSilva via FaceTime on Oct. 23 to personally applaud her idea, according to the release.

Hogg’s office intends to distribute it across the Department of Defense, and the American Red Cross plans to push it nationwide.

“It was truly surprising as I had not heard anything about my idea for some months due to COVID-19,” DaSilva said in an email Thursday to Stars and Stripes.

DaSilva got the idea for the card July 2019 when she was taking a Basic Life Support refresher course and realized that a quick-reference tool could make critical medical knowledge more readily available.

The card features a diagram of basic emergency care steps, including checking responsiveness, checking for pulse and breathing and administering CPR.

“Anyone can use this card if they froze or were scared that they didn’t know what to do,” DaSilva said in a video posted on Misawa’s Facebook page Dec. 13.

It’s particularly useful for someone who’s never had to respond to a medical crisis or taken a life support class recently, she said.

“I can see people using this to save millions of lives,” DaSilva said in the news release. “I never expected it to be able to reach so many people, so it is truly beyond a dream come true.”