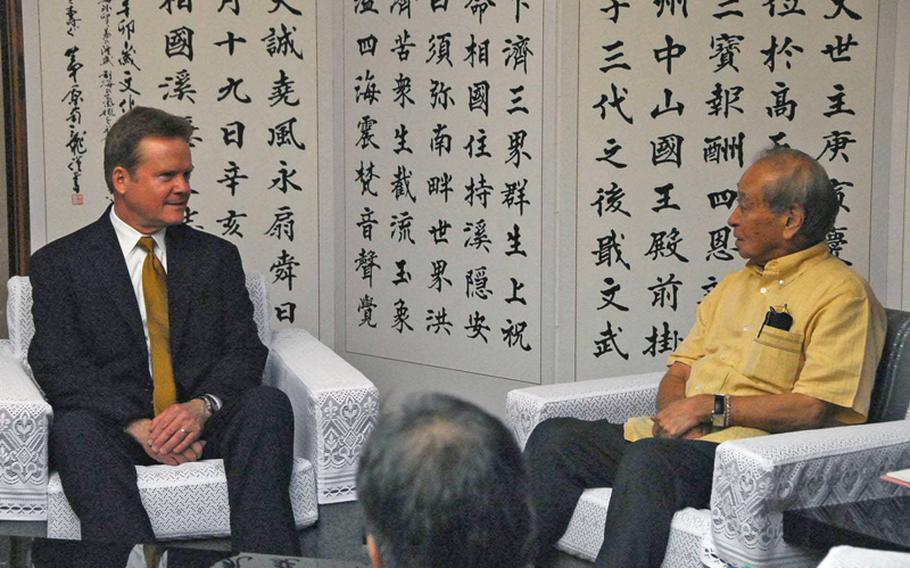 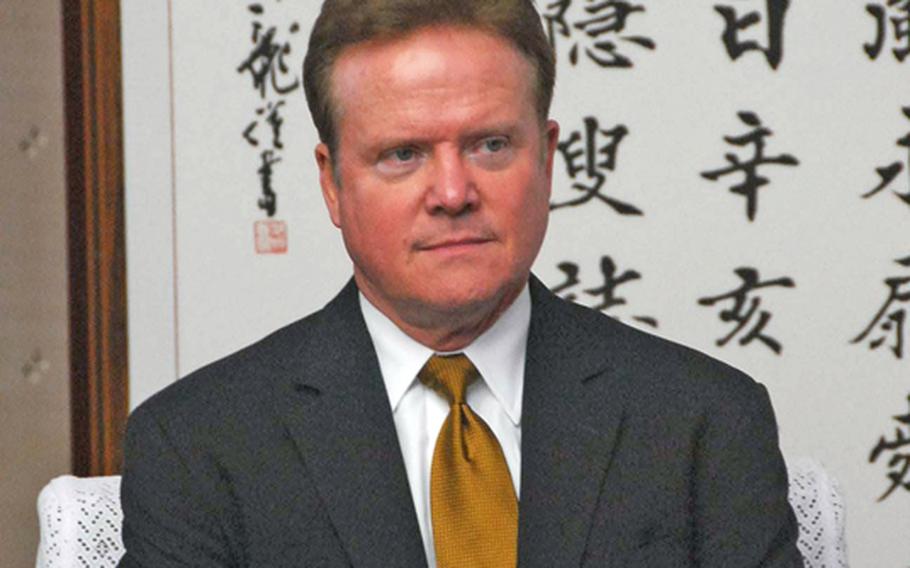 CAMP FOSTER, Okinawa &mdash; The military is behind schedule on congressional requirements that will allow funding to finally flow into a massive realignment of Marine Corps forces in the Pacific, Sen. Jim Webb, D-Va., said during a Monday visit to Okinawa.

Webb said the Department of Defense missed a deadline this month for submitting an independent study of the realignment plans. The study is mandated under the annual defense authorization act and must be completed before the U.S. effort can get under way.

Webb last visited Okinawa a year ago with Sen. Carl Levin, D-Mich., chairman of the Senate Armed Services Committee. Their findings from that visit eventually led Congress to freeze funding in 2012 for long-stalled plans to shift Marine forces from Okinawa to Guam and require the study, which is expected to include alternatives to the unpopular U.S.-Japan agreement on relocating the Futenma air station farther north on Okinawa.

&ldquo;They are behind on the deadline&rdquo; for the study, which was set at the beginning of April, Webb said. &ldquo;I am hoping it will be done soon. We would like to get this process moving forward.&rdquo;

The independent study was mandated in December as a way to force the military into considering alternatives to the Futenma move, which Okinawans deeply oppose and the Senate has called unaffordable, unworkable and unrealistic.

Webb, Levin and others have said the study should look at moving the Futenma operations up the road to Kadena Air Base, the largest Air Force facility in the region, though military leaders have balked at the idea.

Under the proposal, some Air Force units at Kadena would be relocated to other air bases in the region to make room for the Marines, which would result in a net reduction of air operations at the facility, according to Will Jenkins, a spokesman for Webb.

Last month, Secretary of the Navy Ray Mabus told some members of the Senate Armed Services Committee that the DOD had not yet hired a contractor to complete the study, despite the looming deadline.

On Tuesday, the Center for Strategic and International Studies issued a news release saying that it had been chosen by the DOD to &ldquo;conduct an independent assessment of force posture options for the Pacific Command Area of Responsibility.&rdquo; It did not say how long the study was likely to take.

Webb said his visit with Okinawa Gov. Hirokazu Nakaima on Monday was meant to underscore the importance of finding a solution to the deadlock over the Futenma air station and moving ahead with the military realignment, which he said is crucial to the U.S. alliance with Japan.

Despite the visit and warm reception from the island government, Webb is unlikely to find support for moving Marines to Kadena from Nakaima, who has demanded that Futenma be permanently moved off the island.

Nakaima said they both agree that moving the Marine Corps air operations north to the rural Henoko beach area around Camp Schwab is unworkable but have different views beyond that.

&ldquo;I conveyed to him my stance that moving Futenma air operations to Kadena would be extremely difficult to pursue,&rdquo; Nakaima said following a closed-door meeting with the senator. The governor said Webb did not specifically discuss a move to the air base during the meeting.