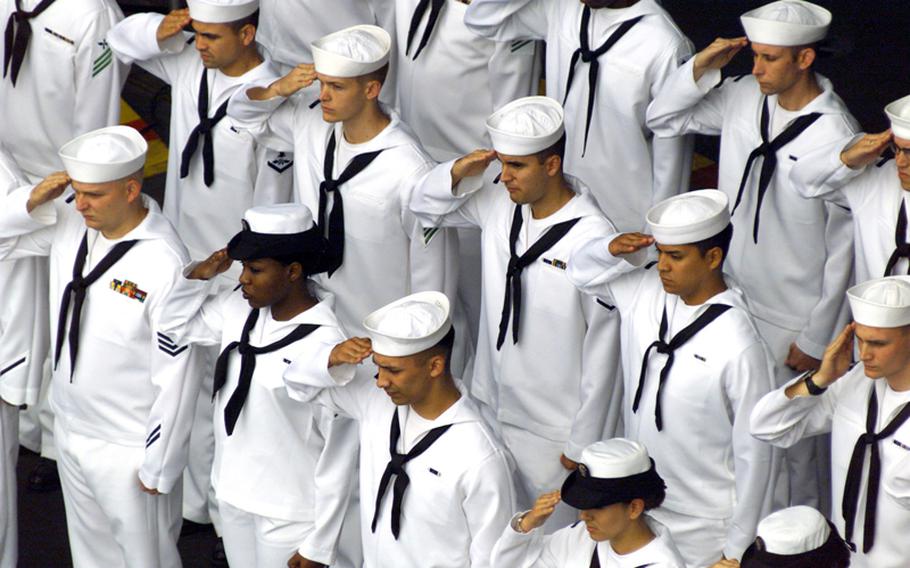 Sailors render honors during a burial at sea ceremony aboard USS John C. Stennis (CVN 74). Committing to the sea cremated remains of honorably discharged military personnel is performed aboard U.S. Navy ships at the request of the deceased's family. (Charles Cavanaugh/U.S. Navy)

TOKYO &mdash; The Navy announced this week that more than 60,000 sailors will be required to spend more time on sea duty.

The change affects 36 ratings, with the sea time being increased from anywhere between six months and two years. Those scheduled to rotate to a new duty station before March 2012 will not have their projected rotation date adjusted, according to the release.

Additionally, there are now 18 job ratings categorized as &ldquo;sea intensive,&rdquo; meaning sailors in those jobs can expect to spend more than one-half of their career on sea duty, the Navy said.

See rates affected by these changes.