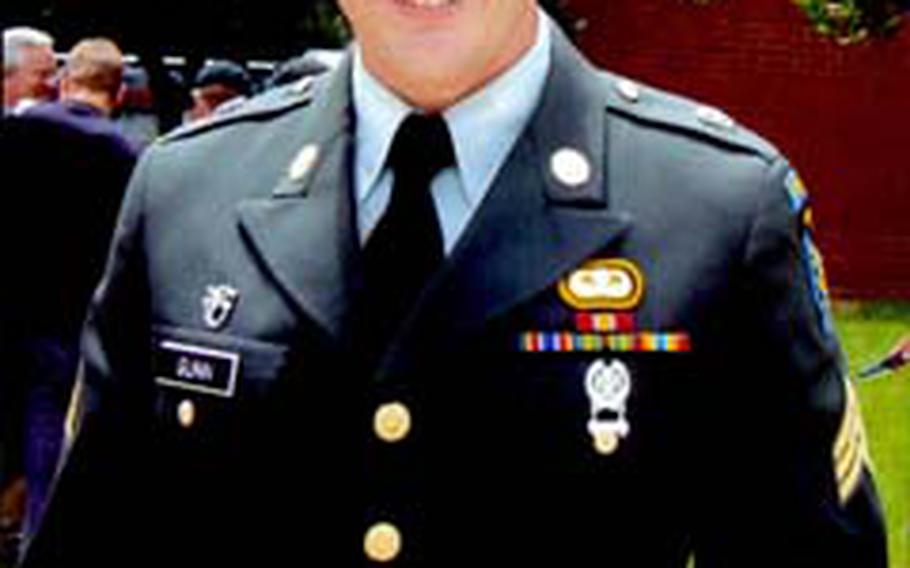 NAHA, Okinawa &mdash; A Japanese court on Thursday rejected the appeal of a U.S. soldier convicted last fall in the hit-and-run traffic death of an Okinawa pedestrian.

A three-judge panel upheld the 32-month prison sentence given to Staff Sgt. Clyde Gunn, 28, a combat medic with the 1st Special Forces Group at Torii Station, in the vehicular manslaughter of Masakazu Hokama nearly two years ago along a farm road in Yomitan.

Gunn, who had been free on bail during the appeal, was taken to a detention facility in Naha following the hearing Tuesday. Attorney Toshimitsu Takaesu said an immediate appeal was filed with the Japan supreme court in Tokyo and bail was requested while the new appeal is being considered.

Hokama, 66, was taking an early morning walk in November 2009 when he was hit and killed by Gunn. Gunn claims he stopped and searched the area but never realized he hit a person.

When handing down the decision Tuesday, judges called Gunn&rsquo;s defense both untruthful and irrational.

&ldquo;From the degree of the impact and the size of the crash and the damage to the vehicle, it is natural to believe that the defendant knew that the car had hit a human body,&rdquo; said Chief Judge Yoshinari Hashimoto, who echoed the comments of the judge who convicted Gunn in October.

Hokama was thrown up on Gunn&rsquo;s hood, cracking the vehicle&rsquo;s windshield. He died of a broken neck and his body was found in the bushes beside the road about 12 hours later. Gunn never reported the incident, and Okinawa police were led to him after they spotted his car at an auto repair shop.

Takaesu told Stars and Stripes on Tuesday that the case against Gunn does not include any witnesses, and the evidence does not support the conviction nor the prison sentence.

The court could take days to decide whether Gunn will be freed on bail while the new appeal is being considered, Takaesu said. Bail could cost as much as 11 million yen &mdash; about $138,000 &mdash; if it is granted, he said.

Meanwhile, the wife of the victim, Reiko Hokama, said Gunn has continued to blame her husband for the incident because he was wearing dark clothing and listening to headphones when he was hit. During an interview Tuesday, Hokama said that Gunn&rsquo;s sentence seems too lenient.

&ldquo;Without admitting his own mistake instead he is blaming the victim,&rdquo; she said. &ldquo;Two years and eight months to me is very short, but if that is the judgment made by the court I will accept it.&rdquo;

The Hokama family has demanded Gunn pay more than $400,000 in reparations for the death but no settlement has been reached, according to Japanese media reports.