Guam buildup could cost $23.9 billion over next decade, GAO says 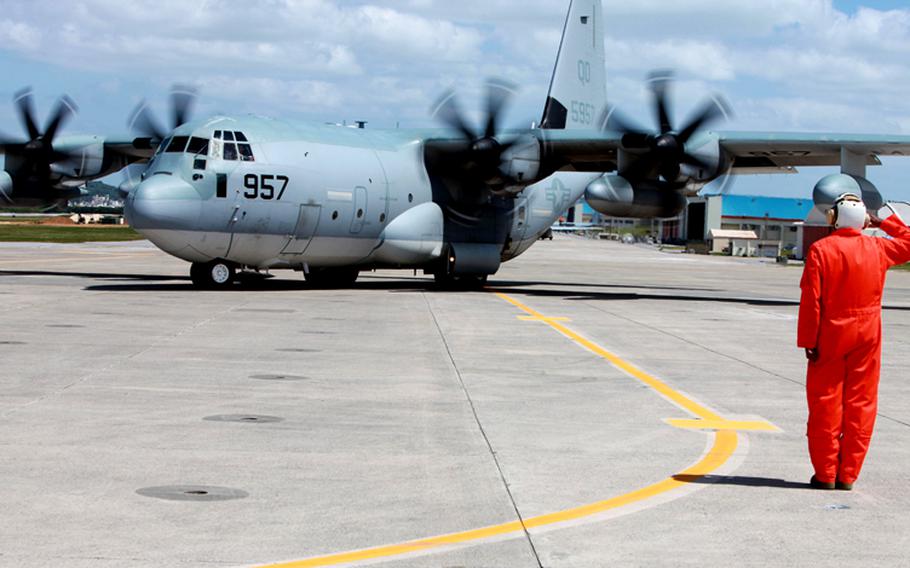 CAMP FOSTER, Okinawa &mdash; Plans to transform Guam into a major military hub will cost the U.S., Japan and Guam at least $23.9 billion over the next decade, according to estimates released this week by the Government Accountability Office.

The money would pay for the relocation of thousands of Marines from Okinawa to Guam, training ranges on nearby Tinian, transient berthing for aircraft carriers, and an Air Force reconnaissance and strike center. But the price tag could climb even higher because the Department of Defense has not yet calculated all the costs of the massive project, including the possibility of putting an anti-ballistic missile defense system on the island, according to the report released Monday.

The Guam buildup and plans to shift U.S. forces in Japan by relocating the Futenma air station on Okinawa have come under fire from the U.S. Senate, which has called the realignment plans expensive and unneeded. Earlier this month, a Senate panel voted to bar any funding from the upcoming defense budget for the realignment until the military better justifies the need.

The GAO report on the cost to build up Guam follows a prior report that criticized the DOD for not accurately estimating the cost of the planned Japan realignment and for an initiative to normalize tours in South Korea so soldiers can bring along families.

The plans to build Guam into a major military hub have been crafted by the U.S. government over the past decade and include expanded facilities for the Marine Corps, Navy, Air Force and Army National Guard in a region that military leaders expect to grow in strategic significance in coming decades. The bill for the buildup would be split with the governments of Japan and Guam, but the GAO report shows the U.S. could end up footing a large majority of the cost.

The first $14 billion would be paid directly by U.S. taxpayers over the next five years for construction work, including the relocation of the Marines, training ranges, an Air Force compound and carrier berthing, the GAO found.

That does not include the cost of a missile-defense facility, which is being considered as a way to shield the U.S., Guam and its allies from attacks. The DOD is reviewing the option, but so far has not made a decision, though the scheduled completion date for the plan is 2014.

Meanwhile, Japan has agreed to pay for about $2.8 billion for construction and also loan out $3.29 billion for utility upgrades and other infrastructure work on the island. More than one-half of that contribution would be repaid by the U.S. government.

&ldquo;According to DOD officials, most of this $3.29 billion [loaned by Japan] is expected to be recouped by Japan over time in the form of service charges paid by the United States and in rents paid by Marine Corps servicemembers using their DOD-provided overseas housing allowance,&rdquo; the agency said.

Guam estimates it will need about $3.2 billion in improvements to island infrastructure such as roads, electricity, hospitals, water and sewer, so it can handle about 24,000 additional residents who will come with the buildup, the GAO said.

That money could come from grants issued by the federal government, according to the agency report.