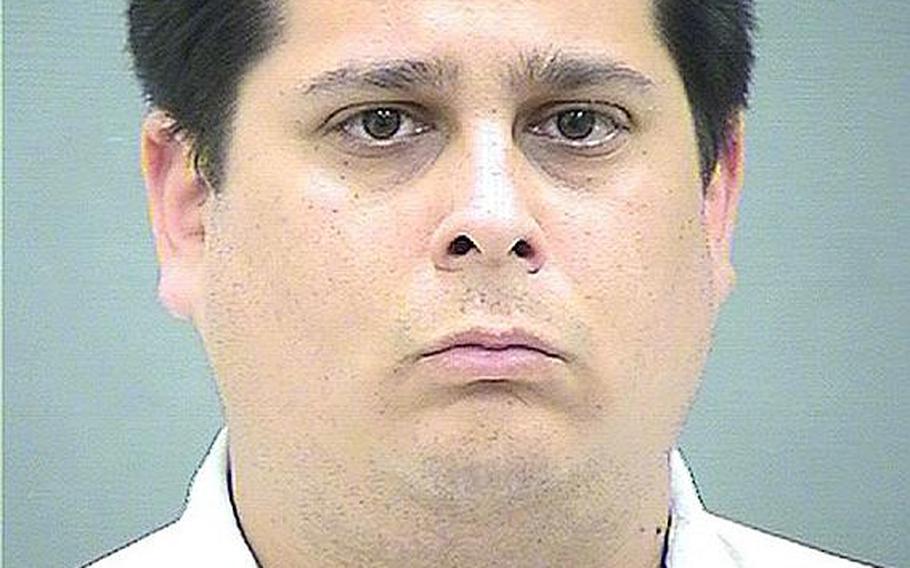 YOKOSUKA NAVAL BASE, Japan &ndash; A former Yokota Air Base elementary school teacher who was sentenced to 30 years in prison Friday for producing child pornography also took pictures of his students&rsquo; faces and superimposed them on existing pornographic images, according to federal court records.

Justin M. Coleman, 36, who taught at Yokota East Elementary School from 2002 to 2005, was sentenced in Alexandria, Va., federal court after pleading guilty earlier this year to two counts of production of child pornography, according to school officials and court documents.

Coleman also took non-pornographic pictures of children, then digitally transposed their faces on to approximately 2,500 different pornographic pictures, according to court documents. &ldquo;Mr. Coleman, you are a bad seed,&rdquo; U.S. District Judge Gerald Bruce Lee said during the sentencing, according to the Washington Post. &ldquo;You are a danger and a predator to our children.&rdquo;

He came across these children while teaching at Yokota East, which has since been renamed Joan K. Mendel Elementary School; the MB International language school in Lignano, Italy; and at John Adams Elementary School in Alexandria, Va., where he had been a fourth-grade dual-language teacher since 2005.

It was unclear Tuesday how many of the digitally altered photos came from Coleman&rsquo;s tenure at each particular school.

In May, the Department of Defense Education Activity Pacific conducted an investigation of Coleman&rsquo;s tenure and found that none of the school administrators who worked with Coleman were aware of his behavior, DODEA spokesman Charles Hoff said Monday.

&ldquo;No concerns or complaints were raised by students, parents or colleagues during Mr. Coleman&rsquo;s brief employment with DoDEA Pacific and no new complaints have been brought forward since he left DoDEA Pacific in 2005,&rdquo; Hoff said in a statement.

School officials have forwarded Coleman&rsquo;s information and news of his conviction to military law enforcement officials for their awareness and review, Hoff said.

In March 2010, Italian officials provided information on more than 900 people in the United States, including Coleman, who had accessed a child pornography website.

U.S. Immigration and Customs Enforcement investigated the website and issued a subpoena to Cox Communications in August 2010 for the identity belonging to a Falls Church, Va., Internet protocol address.

Cox Communications provided Coleman&rsquo;s identity in February, which led to an April search of Coleman&rsquo;s home. After an initial denial, Coleman confessed to federal agents and local police.

Coleman told investigators that &ldquo;there was a Justin at home and a Justin at work&rdquo; and that he was afraid they would &ldquo;mesh together,&rdquo; according to court documents.

Coleman said he had been using child pornography for several years and then revealed a collection that included 75,000 images and videos.