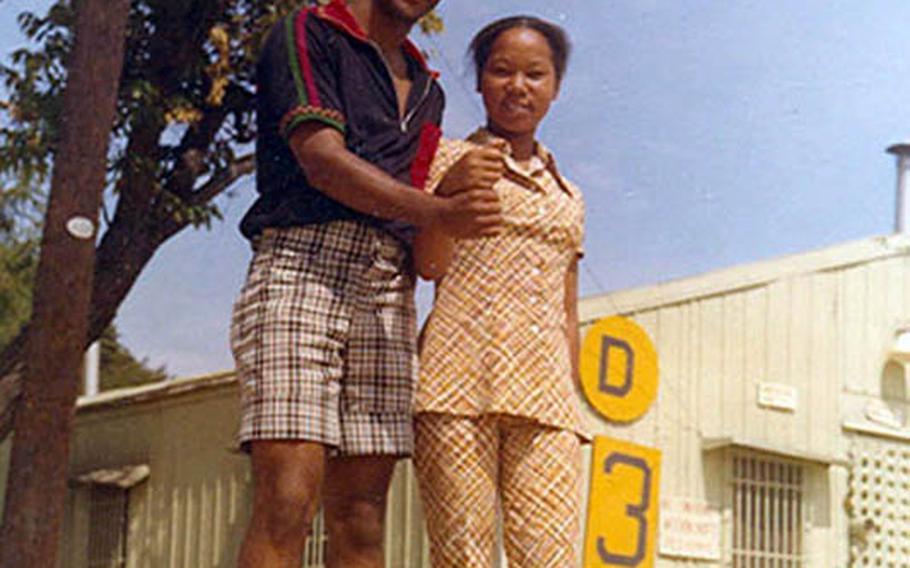 Ronald Lewis, a U.S. Army soldier, stands next to Kim In-soon in a photo taken while he was stationed in South Korea in the early 1970s. Kim grew up to become Insooni, a rhythm and blues singer known as &#39;the Tina Turner of South Korea.&#39; After losing touch for almost 40 years, the two are planning to see each other again this weekend in the U.S. (Photo courtesy of Ronald Lewis)

Ronald Lewis, a U.S. Army soldier, stands next to Kim In-soon in a photo taken while he was stationed in South Korea in the early 1970s. Kim grew up to become Insooni, a rhythm and blues singer known as &#39;the Tina Turner of South Korea.&#39; After losing touch for almost 40 years, the two are planning to see each other again this weekend in the U.S. (Photo courtesy of Ronald Lewis) 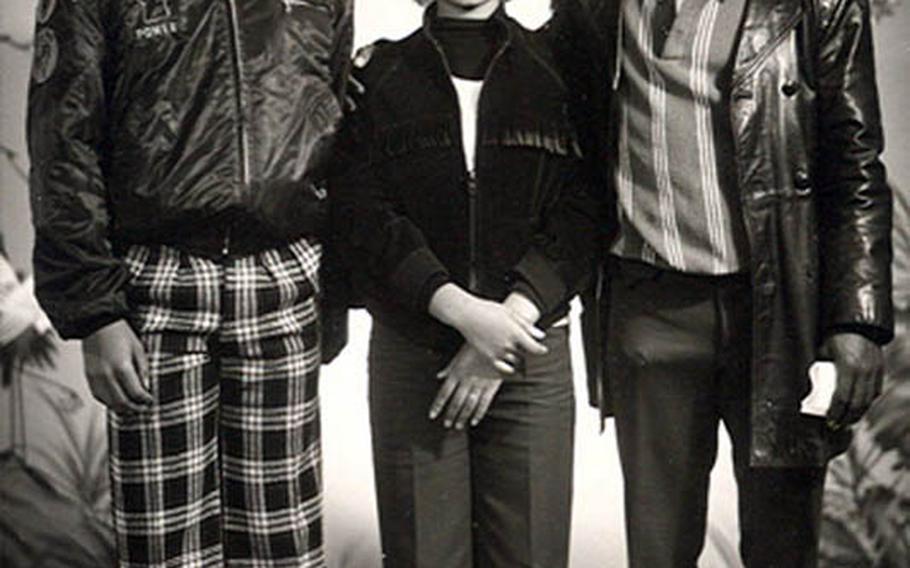 Ronald Lewis, left, stands next to Kim In-soon in a photo from the early 1970s when Lewis was a U.S. Army soldier stationed in South Korea and he befriended Kim, a girl dealing with prejudice against mixed-race people like herself. Kim grew up to become a famous singer in South Korea, and after years of trying to locate Lewis, she plans to reunite with him in person this weekend. (Photo courtesy of Ronald Lewis) Kim In-soon is pictured in South Korea in the early 1970s, when she was befriended by several U.S. Army soldiers who she credits with having a major impact on her life. She grew up to become a famous singer known as &#39;the Tina Turner of South Korea.&#39; (Photo courtesy of Ronald Lewis) Ronald Lewis, 58, of Wilmington, Del., left the U.S. Army in 1975. He is now a technician for the DuPont Company. (Photo courtesy of Ronald Lewis) 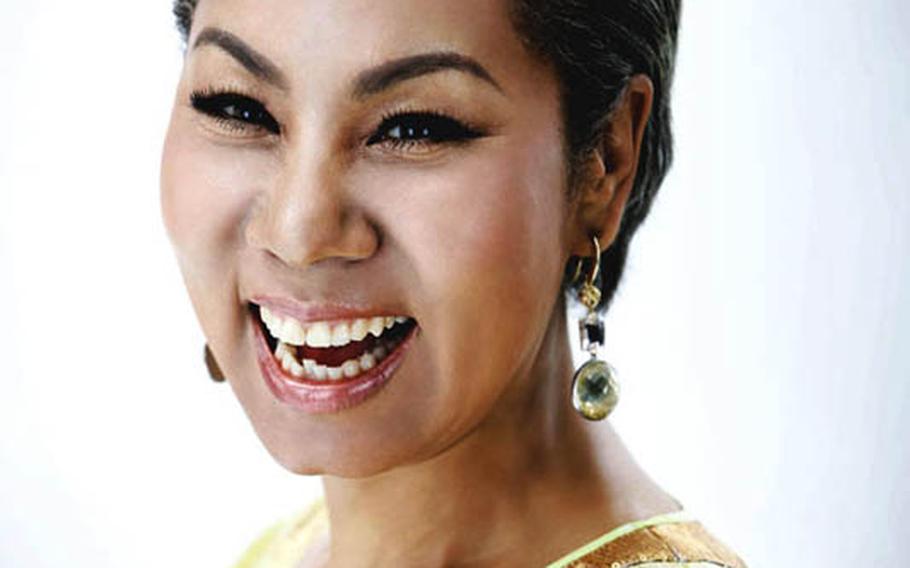 Insooni is known as &#39;the Tina Turner of South Korea&#39; thanks to her 30-plus year career as a rhythm and blues singer. She credits several U.S. soldiers for teaching her a number of life lessons during her formative years, when she battled prejudice and other issues related to her being the daughter of a Korean woman and African-American U.S. soldier. (Photo courtesy of Insooni) 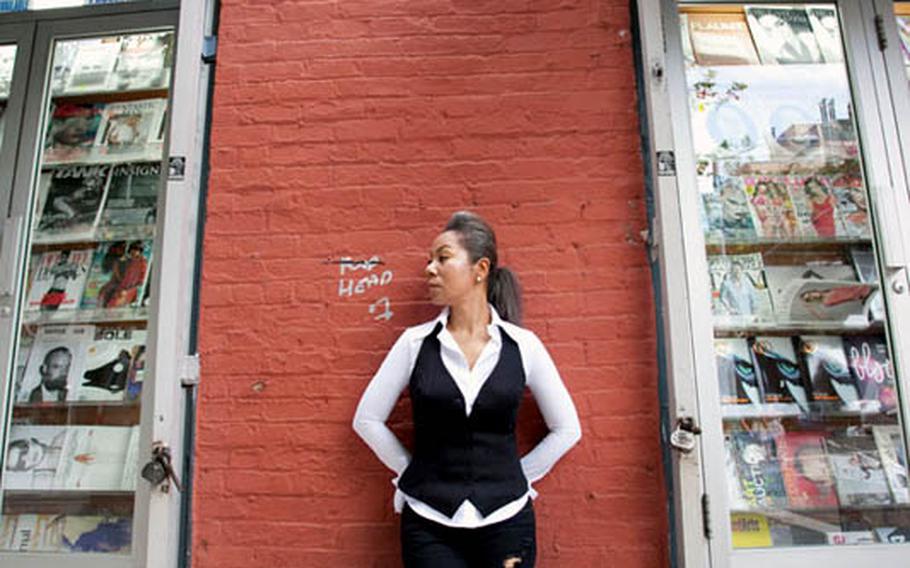 Insooni has been a popular singer in South Korea for more than 30 years, and credits several U.S. soldiers for steering her in the right direction when she was a teenager living near Camp Casey in Dongducheon. (Photo courtesy of Insooni)

SEOUL &mdash; Despite the decades that have passed since he was a U.S. soldier stationed in South Korea, Ronald Lewis never stopped wondering what had become of the troubled teenage girl he and a few of his Army buddies befriended while they were here.

The girl wanted to become a nurse, but the odds were stacked against her. The child of a Korean woman and a black U.S. soldier who abandoned the family, the girl was born into a culture that shuns mixed-race people.

&ldquo;My prayers have always been that she wouldn&rsquo;t end up on the street,&rdquo; Lewis said. &ldquo;I prayed for her continuously.&rdquo;

Then, a few months ago, the Delaware man was contacted by a 2nd Infantry Division representative who was helping the woman track down the guys she credits with helping set her life on the right course. Suspicious, Lewis did a Web search using the name by which she is now known &mdash; Insooni &mdash; and found that the girl has been a famous R&B singer here for more than 30 years, known as &ldquo;the Tina Turner of South Korea.&rdquo;

She has even performed at New York&rsquo;s Carnegie Hall.

&ldquo;I said, &lsquo;Oh my god, it is her,&rsquo; &rdquo; Lewis said, his voice filling with pride. &ldquo;I couldn&rsquo;t believe it. We spent a lot of time together back then, and I never heard her sing, or even hum, anything.&rdquo;

Insooni and Lewis have since talked by telephone and regularly exchange emails, and they plan to reunite this weekend while the singer is visiting the U.S. to check out colleges with her 17-year-old daughter.

Insooni said that Lewis and his friends &ldquo;acted sort of like big brothers and surrogate fathers&rdquo; to her in the early 1970s.

&ldquo;Before I met them, I had repulsion about Americans because my family background and home environment were difficult,&rdquo; she said. &ldquo;But, after getting along with them, I came to feel all human beings are the same, and Americans are good.&rdquo;

Asked what she hopes to do when she reunites with Lewis, Insooni said, &ldquo;He said he never forgot me. I would like him to meet my daughter. I would like to show him that I succeeded.&rdquo;

Insooni, 55, was born Kim In-soon to a mother whose family disowned her because she would not abandon her mixed-race child.

In her mid-teens, Insooni and her mother moved to Dongducheon, which is home to Camp Casey, a U.S. Army base. It was there, at about age 16, that she first met Lewis and his friends, who were several years older. A friendship grew.

&ldquo;It was a process,&rdquo; Lewis recalled, saying as an African-American, her being of mixed-race got his attention. &ldquo;It was puzzling to see her there. She wouldn&rsquo;t say anything to anybody. It took awhile for her to talk and become friends.

&ldquo;Through her mother, we became very close,&rdquo; he said, adding that while his friends also took an interest in the girl&rsquo;s well-being, &ldquo;I was the main one.&rdquo;

Lewis and Insooni said nicknames were often used among the group. That and the passage of time were reasons they cited for not being able to remember the names of the other men in the group. Lewis said Insooni probably remembered his name because he was her closest friend among them.

Both Lewis and Insooni said there was nothing romantic about their relationship.

&ldquo;We let her mother know we were trying to help her,&rdquo; Lewis said. &ldquo;I was told that because of her skin color, she was put out of school. I wanted to do everything I could to help her out. They don&rsquo;t like mixed-race people there. Even to this day, they reject people because of skin color. That really bothers me.&rdquo;

Lewis said he was familiar with prejudice, &ldquo;but I didn&rsquo;t think that happened in other parts of the world. It really (hurt) my heart.&rdquo;

&ldquo;I saw them often,&rdquo; Insooni said. &ldquo;They bought delicious food for me. They talked to me slowly in English. They brought me into the base and showed me their workplace. They bought hamburgers for me. They saved money and bought clothes and earrings for me, like I was their sister.&rdquo;

&ldquo;Everyone would turn around and look at us,&rdquo; Lewis recalled, adding he was not sure if it was prejudice, a fascination with his beard or something else. &ldquo;There was a lot of staring.&rdquo;

Eventually, Lewis and his friends left South Korea and, after exchanging letters with Insooni for awhile, everyone lost touch.

Insooni sang at bars until her big break came in 1978. At 20 years old, she started performing as a member of the Hee Sisters, a groundbreaking, all-girl group in South Korea.

She broke out on her own, but not before being banned from some TV shows and singing competitions because of her mixed-race features. More than three decades and almost 20 albums later, Insooni is often referred to as a South Korean &ldquo;R&B diva.&rdquo;

Along the way she got married and - in 1994 - had a daughter, Jasmine Park. Insooni flew to the U.S. to have her daughter to ensure the girl would be an American citizen and have more options if she was a target of ridicule or isolation in South Korea.

&ldquo;I was afraid to let my baby endure the same hardship I had growing up,&rdquo; Insooni said. &ldquo;But, South Korea has been affectionate towards me (as a singer). Although my daughter was born in the U.S., I hope she does her (part) in South Korea.&rdquo;

Park is an honor student at Seoul International School &mdash; an English-only school with an American-style curriculum.

Insooni has been outspoken in her support for the plight of mixed-race children in Korea. As a child, the Pearl S. Buck Foundation provided funds for her schooling and living expenses, and made counseling available when she needed it. Now, Insooni is a trustee and her daughter is an intern with the organization. She hopes to open a school in South Korea for multiracial children.

&ldquo;Many biracial children watch me, so I&rsquo;ve got a lot on my shoulders now,&rdquo; she said. &ldquo;Their parents mention me as a role model &hellip; so I talk to the kids about how they can overcome hardships.&rdquo;

At a performance last year for military personnel in Seoul, Insooni met Maj. Gen. Michael Tucker, the 2ID commander, and told him about her unsuccessful efforts in years past to get back in touch with Lewis and the other soldiers who took her under their wing.

Personnel from the division subsequently contacted her to say they would try to help her and, thanks to a fairly simple Facebook search, Lewis and Insooni were put in touch with one another earlier this year.

Despite knowing only a limited amount of English, Insooni spoke to Lewis by phone.

&ldquo;Ron said, &lsquo;You told me you wanted to be a nurse, but you became a singer. You&rsquo;ve achieved so much success. You did it,&rsquo;&rdquo; she recalled.

Lewis, 58, a divorced father of three employed as a technician at the DuPont Co. in Wilmington, Del., dismissed the suggestion that he was partly responsible for Insooni&rsquo;s success. But, that doesn&rsquo;t mean he is not proud of what she became.

&ldquo;I knew she was really smart, but when I found out she was famous, I couldn&rsquo;t believe it,&rdquo; he said. &ldquo;Everyone in Korea knows her.&rdquo;