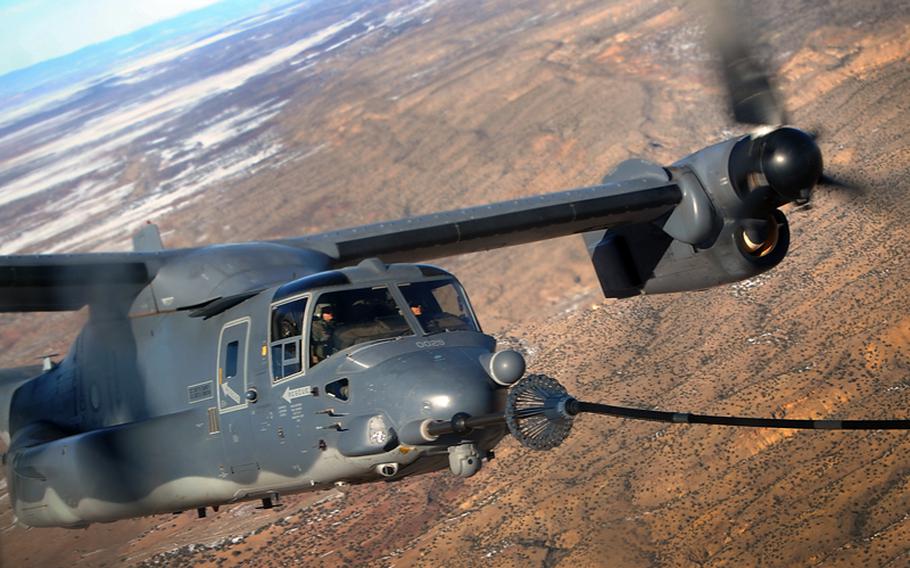 The Air Force Osprey was involved in a routine training exercise at Hurlburt Field on June 13 when the crew failed to keep the aircraft out of the propeller wake of another Osprey, causing it to spin into the ground, the Air Force Special Operations Command said Thursday. The crash injured all five crew members and destroyed the $78 million helicopter-plane hybrid.

It is the second serious Osprey crash to be blamed on piloting mistakes in the past four months, and the findings will likely factor into whether Japan allows the U.S. to deploy the aircraft here this fall despite deep public concerns over safety.

On Tuesday, Japan agreed with earlier U.S. findings that an April Osprey crash which killed two Marines in Africa was caused by pilot errors following a rush of wind that caused the aircraft to become unstable.

&ldquo;The [Air Force] accident investigation board president found by clear and convincing evidence that the cause of the [Florida] mishap was the crew&rsquo;s failure to keep the aircraft clear of the lead aircraft&rsquo;s wake,&rdquo; according to a summary released by the service. &ldquo;This resulted in an &lsquo;uncommanded&rsquo; roll to the left, rapid loss of altitude and impact with the terrain.&rdquo;

Three of the 8th Special Operations Squadron crew members remained hospitalized for at least a week after the incident with one listed in serious condition, according to media reports. The other two sustained lesser injuries.

The Japanese government is still working on an independent investigation into the Florida crash and is expected to release its findings in September, about a month before the Marine Corps plans to begin flying two squadrons of the aircraft over Okinawa and to U.S. bases around the Japanese mainland.

Japan Defense Minister Satoshi Morimoto said Friday that if both the Africa and Florida incidents are determined to be caused by crew error, then Japan and the U.S. must discuss ways to ensure the Ospreys are properly flown in the country.

The two crashes have fueled concerns in Japan that the aircraft&rsquo;s design makes it unsafe. The United States has said it will not fly Ospreys here until Japan is satisfied it is safe. The aircraft continue to operate elsewhere in the world.

Ospreys already have arrived at a U.S. air station hear Hiroshima and are undergoing testing as part of a plan to replace aging Sea Knight helicopters at the Futenma air station on Okinawa.