Air Force’s new mobile app, USAF Connect, debuts at another base in the Pacific 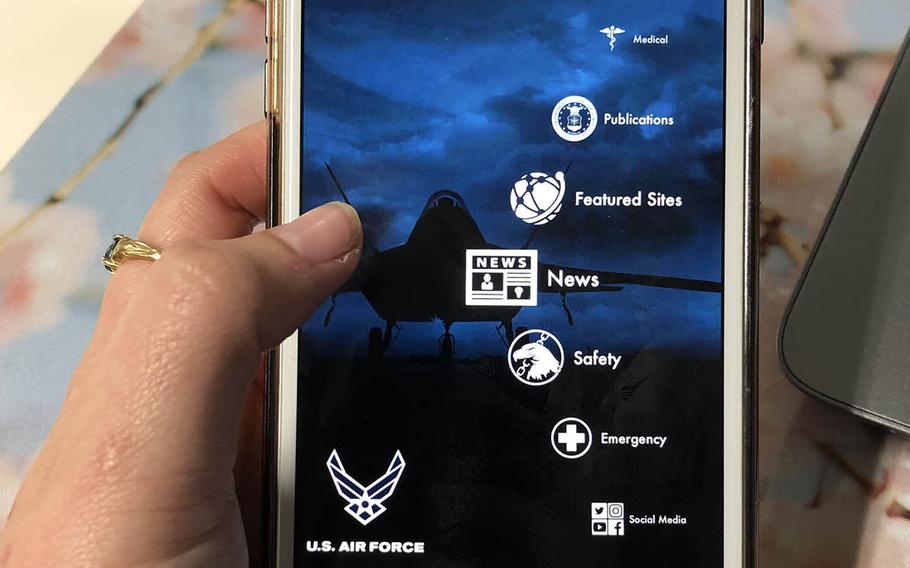 Buy Photo
The USAF Connect mobile application bills itself as a "one stop shop" for base resources. (Erica Earl/Stars and Stripes)

Buy Photo
The USAF Connect mobile application bills itself as a "one stop shop" for base resources. (Erica Earl/Stars and Stripes) 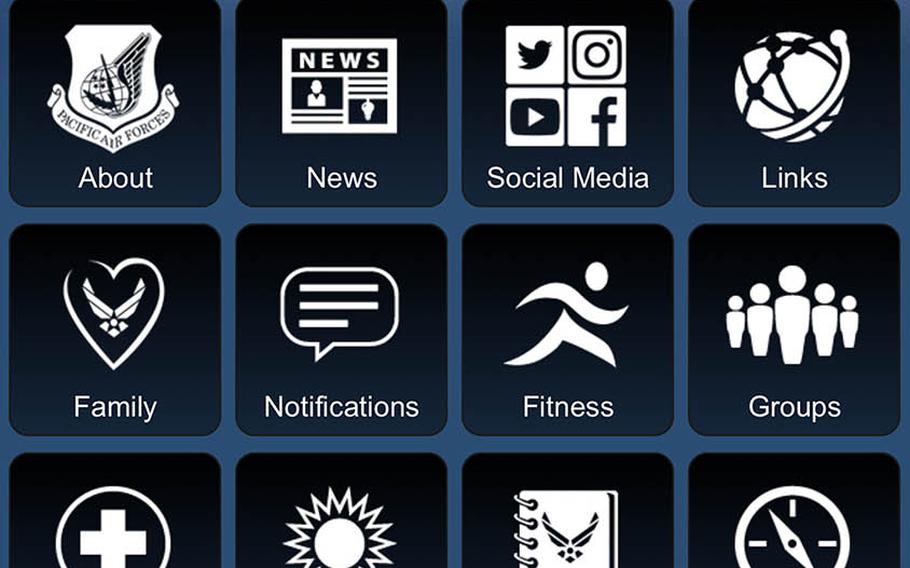 YOKOTA AIR BASE, Japan – This installation in western Tokyo on Wednesday became the most recent Air Force base to replace its homemade smartphone app with USAF Connect.

The switch came suddenly, with no advance notice, but USAF Connect has been replacing smartphone applications at military installations across the Pacific all year. The timeframe for those transitions is up to the individual wings, said Capt. Veronica Perez, a spokesperson for Pacific Air Forces in Hawaii.

Air bases in the Indo-Pacific region on the app include Anderson Air Force Base, Guam; Kunsan Air Base, South Korea; Yokota and Misawa Air Base, both in Japan; and PACAF headquarters in Hawaii.

“We do not manage the app for the Air Force, and each wing utilizes it differently,” Perez said in her email. “Wings in Pacific Air Forces can utilize the app at their own discretion based on the needs of their audiences.”

Theirs was one of six ideas to compete as a finalist in the 2018 Spark Tank, an innovation competition that allowed service members to present their concepts for improving everyday life for troops and their families to senior leaders. The 2018 finalist showcase took place in Orlando, Fla.

Yokota spouse Brittany Parlier said she has been finding the new app helpful.

“I added Yokota as my base and it was easy to navigate,” she wrote Thursday on Facebook. “It took a couple minutes to find everything, but it’s all there. At least the info I always used in the Yokota Connect App.”

Like USAF Connect, these apps offer a searchable database of installations. The only notable difference is that rather than providing real-time updates, the apps have links to each base’s website for resources such as news and gate information.

The Navy has an app called Navy App Locker that connects users to information on the branch’s leadership courses, tips for new sailors and regulations and reference guides.

The MarinesMobile, U.S. Army News and Information and Navy App Locker applications are also available in both the Apple App Store and Google Play.