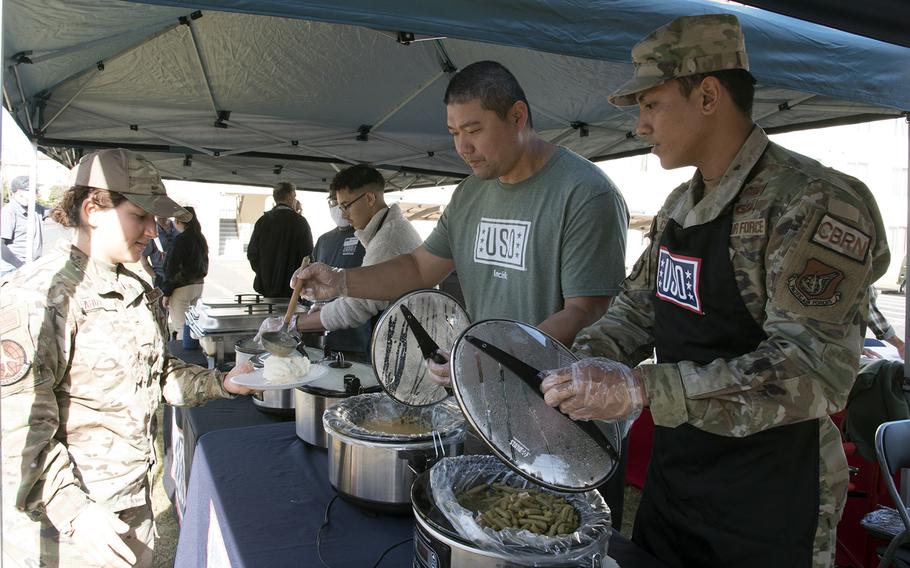 YOKOTA AIR BASE, Japan — The shortest distance between Japan and the continental United States is approximately 6,040 miles, and service members can feel every one of them at Thanksgiving.

Unaccompanied troops — those without family nearby — may feel particularly lonely this time of year.

At Yokota, an Air Force airlift hub in western Tokyo, the USO brought a taste of home to single service members with an early Thanksgiving meal on Tuesday.

Similar events have been cooked up for other U.S. bases in Japan. For example, the USO will be offering free lunches on Thanksgiving Day to troops at Yokosuka Naval Base, homeport of the 7th Fleet south of Yokohama, and at Kadena Air Base, home of the 18th Wing on Okinawa.

“My idea was to target the unaccompanied service members here for Thanksgiving because Thanksgiving is such a family-centric holiday, and sometimes there are people who don't have those connections here,” Stephanie Miller, the Yokota USO field program manager, said at the event. “Hopefully, we give them a sense of community and a feeling of Thanksgiving back home.”

The USO served a Thanksgiving lunch and dinner in a tent near the dormitories where single airmen live, across the street from the USO itself. The Yokota Officers’ Club kitchen cooked the meals because the USO lacks the equipment, said Miller, 38, of Naples, Fla.

The Thanksgiving meal consisted of 50 pounds of chicken, 24 cans of green beans, 24 packs of gravy and 32 packs of mashed potato mix, followed by pies and cookies. Turkey wasn’t a part of the meal due to a turkey shortage, Miller said. 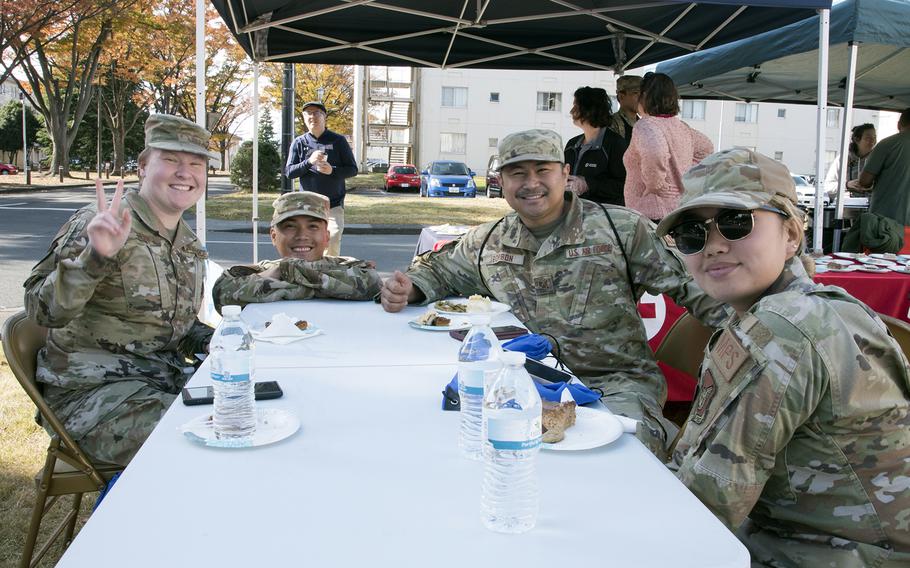 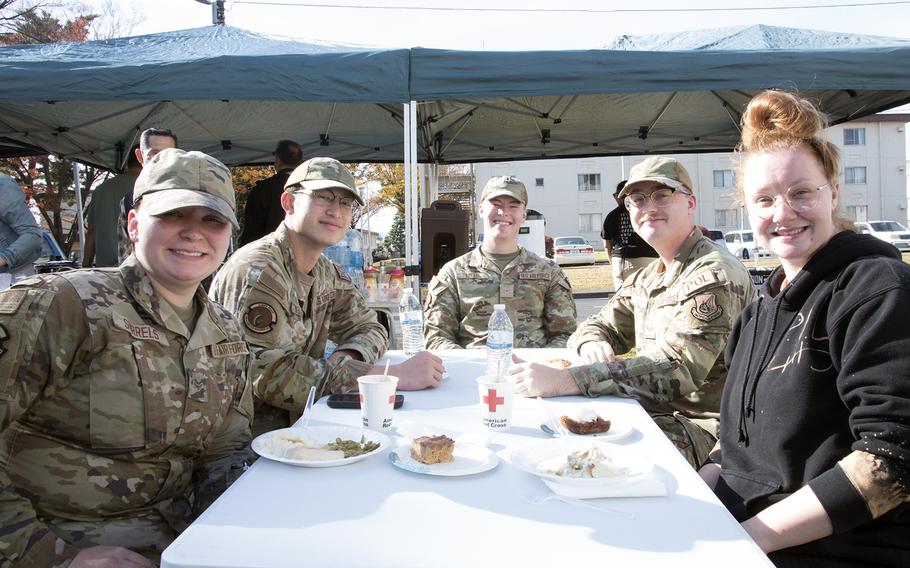 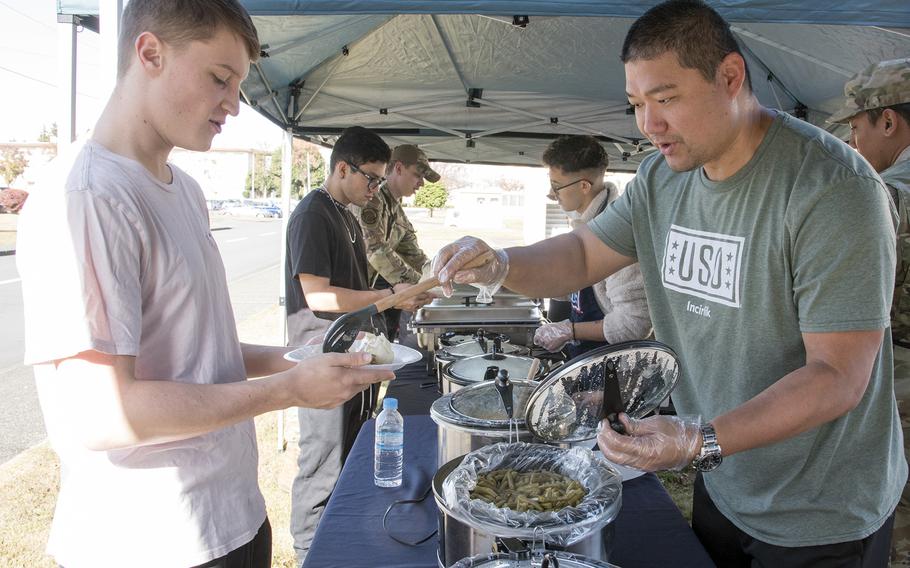 Staff Sgt. Jeffrey Hensye of the 374th Airlift Wing served food at the tent. Hensye, 42, of Des Moines, Iowa, said he has volunteered more than 500 hours at the USO over the past 1 ½ years.

“I volunteer at the USO because the USO helped out me a lot and I wanted to give back to all the military members,” he said. “They probably don’t have family here and miss their family. It is nice to have a home-cooked meal. It reminds them, ‘Oh, this is what I eat at home.’”

“We just wanted to make sure they have a taste of home,” said Hayes, 29, of Fort Sill, Okla. “We are doing a little partnership here – giving back to our community that may not have family members to spend the Thanksgiving holiday with – so we are offering Thanksgiving lunch and dinner.”

Airman 1st Class Avery Ryan, 19, of the 374th Logistics Readiness Squadron, came for lunch and said his favorite part of the meal was the pumpkin pie bar.

“I’m very grateful for the USO and what they do for us,” said Ryan, of Seattle. “It is nice and makes me feel like I’m part of a new family.”